Fitzroy’s Brunswick Street has been the go-to place for delicious vegan and vegetarian food for decades. In that tradition, Umbra Bar (meaning shade) has launched a cozy new late night bar and eatery boasting locally sourced food, a 100% plant based bar and plenty of non-alcoholic cocktail options. 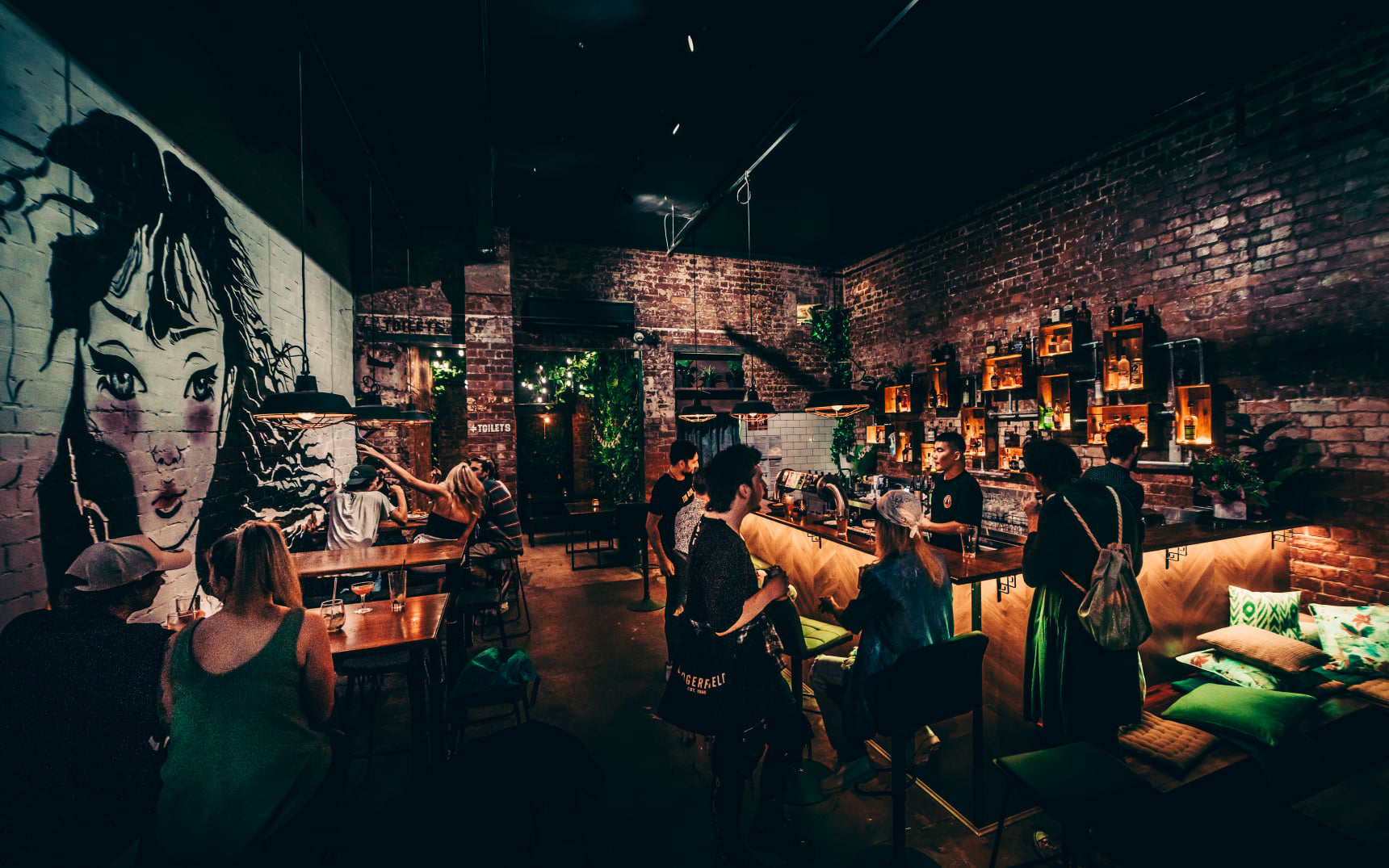 Umbra is the latest venture from the team behind Goldilocks Rooftop Bar and House of Correction. Owner, Tiffy Sze also opened the all “Chinese Vegan restaurant” Gong De Lin on Swanston Street and now has embraced this concept into her new venue. While no longer a vegan, Sze spent many years enjoying the diversity of food that can be created for this crowd and that passion shines through on the menu. 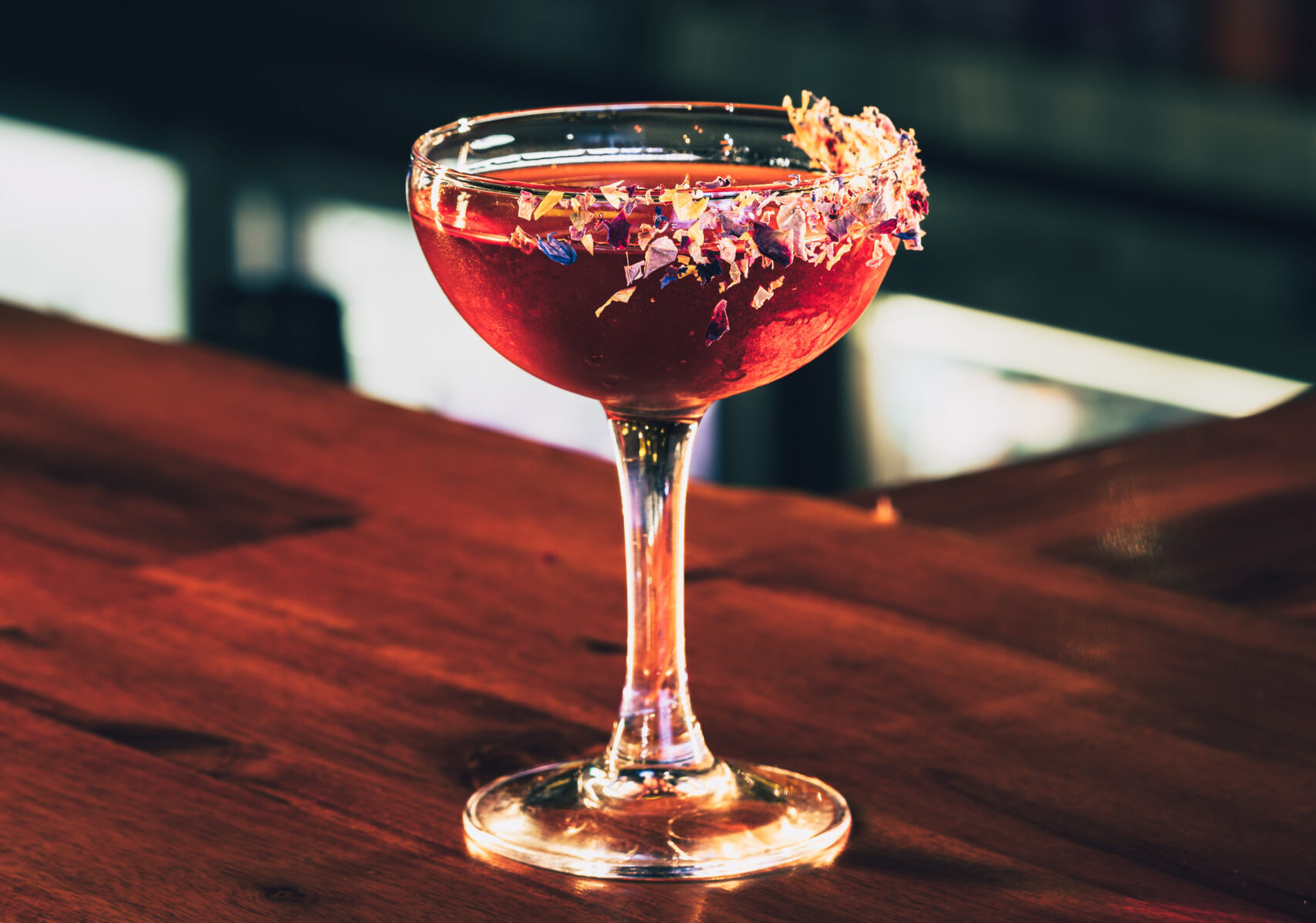 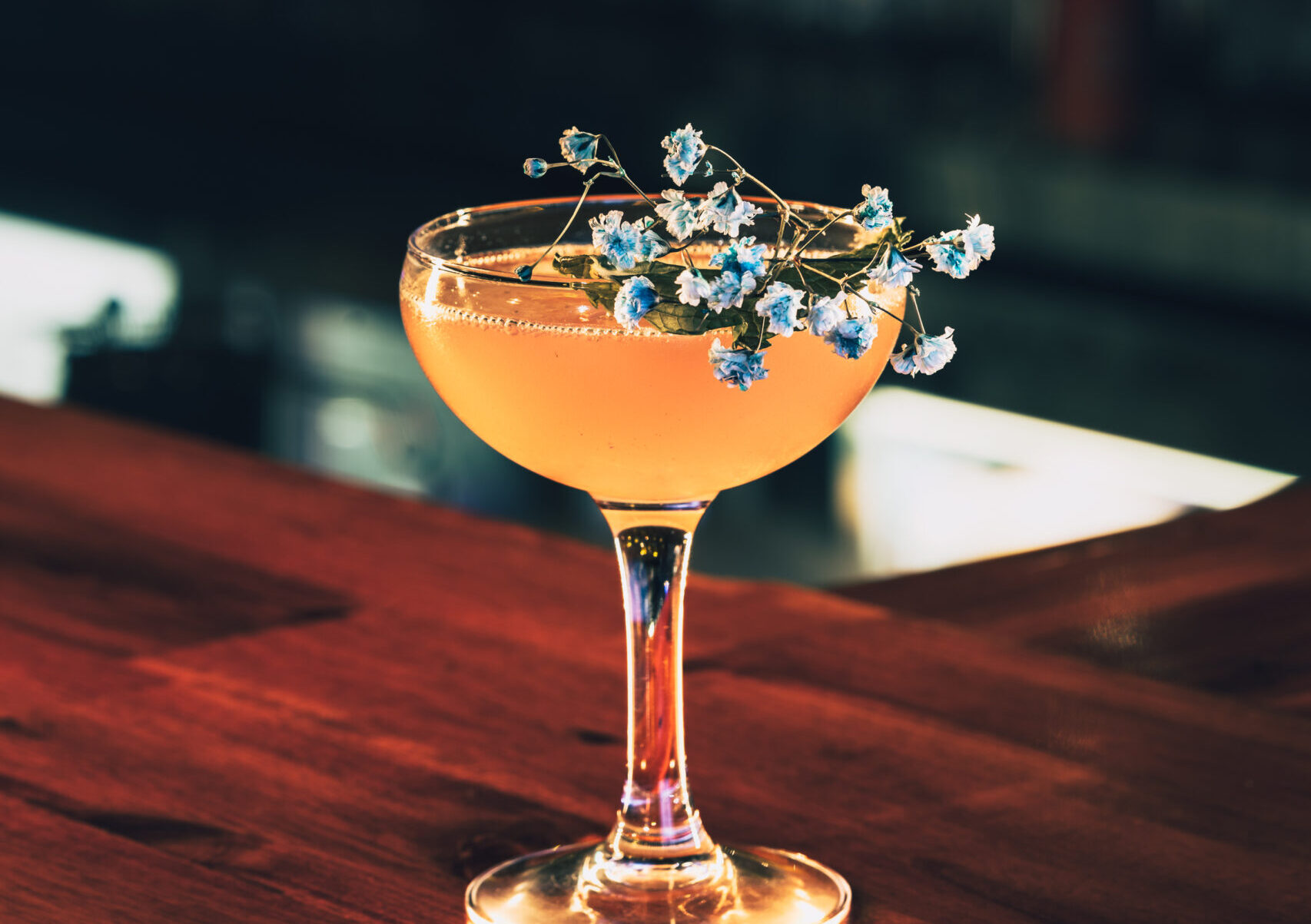 The cocktail menu is quite diverse in flavours, but always very ‘grammable. Think ingredients like activated charcoal, blackberry reduction and jalapeño shrub. Our favourites included the Mexican Standoff (tequila, rhubarb, jalapeño, plumb puree and lime) or the Grower’s Daughter (Never Never Dark Juniper, spiced rum, frangelico, blood orange and blueberry syrup). The cocktails were created by the ex-Goldilocks cocktail crew, so you know you are in good hands. 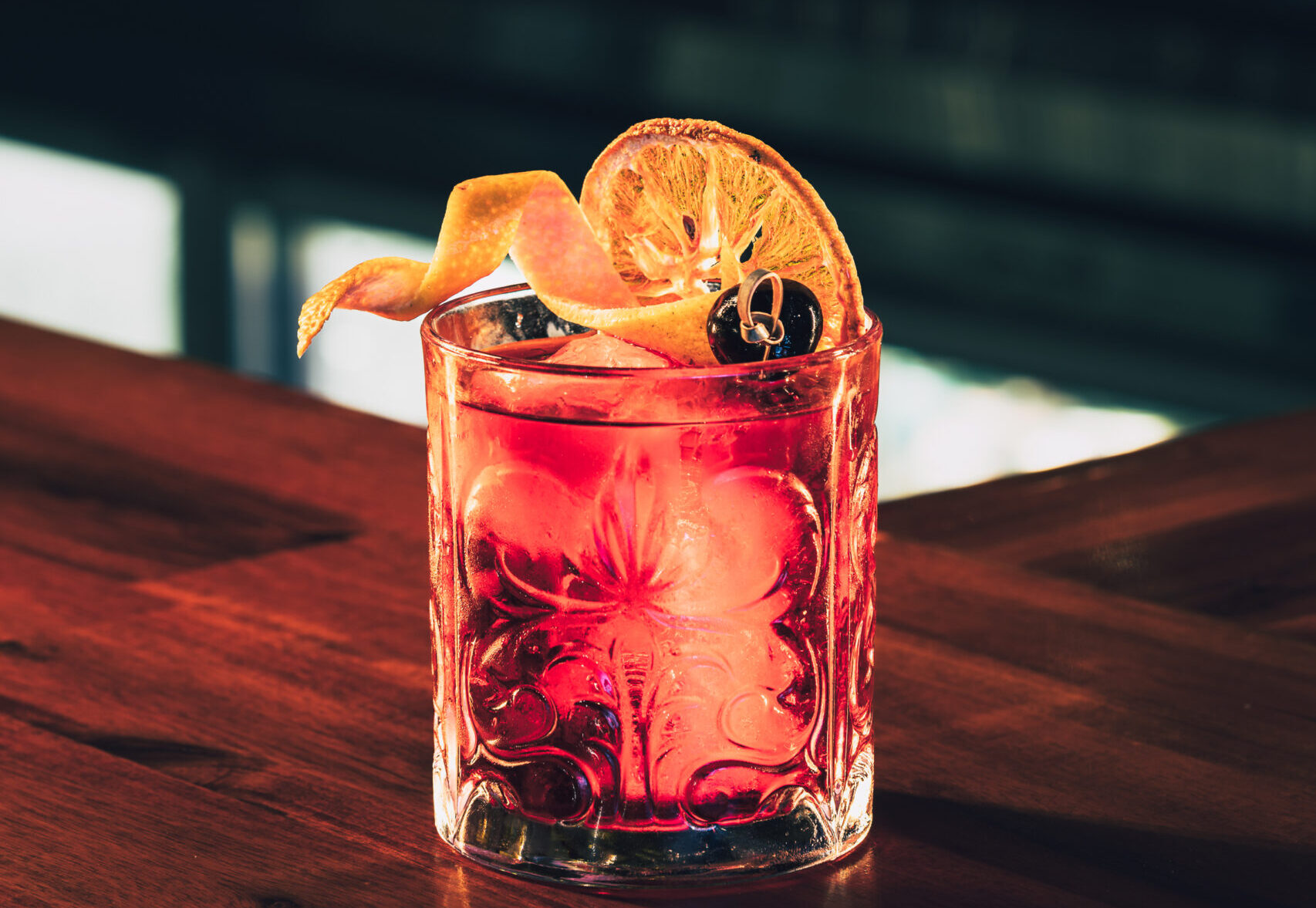 Besides cocktails, the bar list is tight with plenty of delicious local spirits and wines. On our visit, Victorian based micro-brewery Bad Shepherd had a full tap takeover which included their tasty XPA and Hazy IPA beers – both well worth trying. 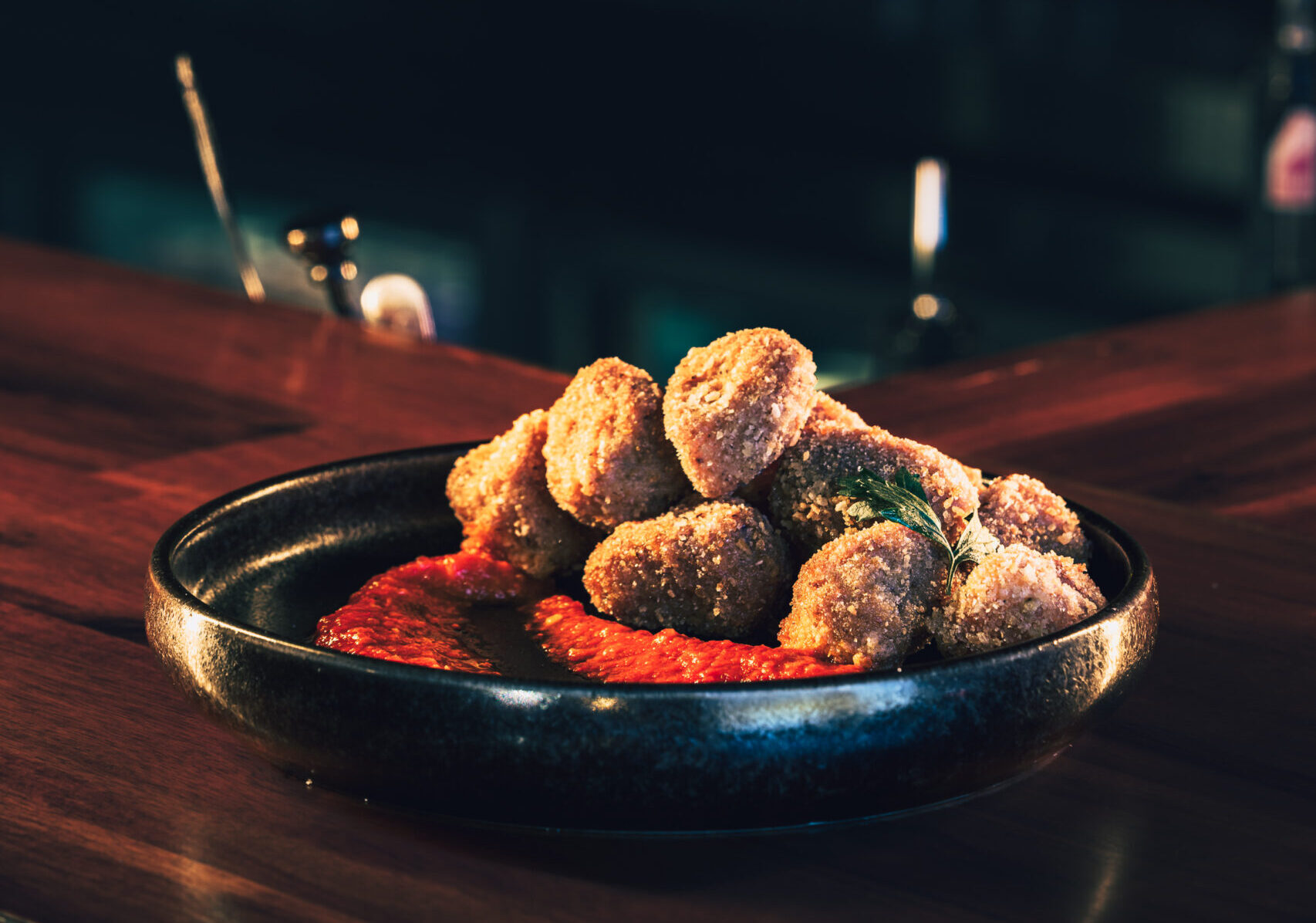 Brunswick Street has been a hot spot for delicious vegan food for decades, so it’s great to see even more high-quality venues like Umbra opening their doors and bringing some great energy to the precinct.

Umbra is located at 320 Brunswick Street, Fitzroy. Check out their opening hours and upcoming events on their Instagram.

Disclosure: The Plus Ones were invited guests of First Chapter Agency.
Photos: Supplied.

Touch Sensitive rocks Live on the Lanes at Strike