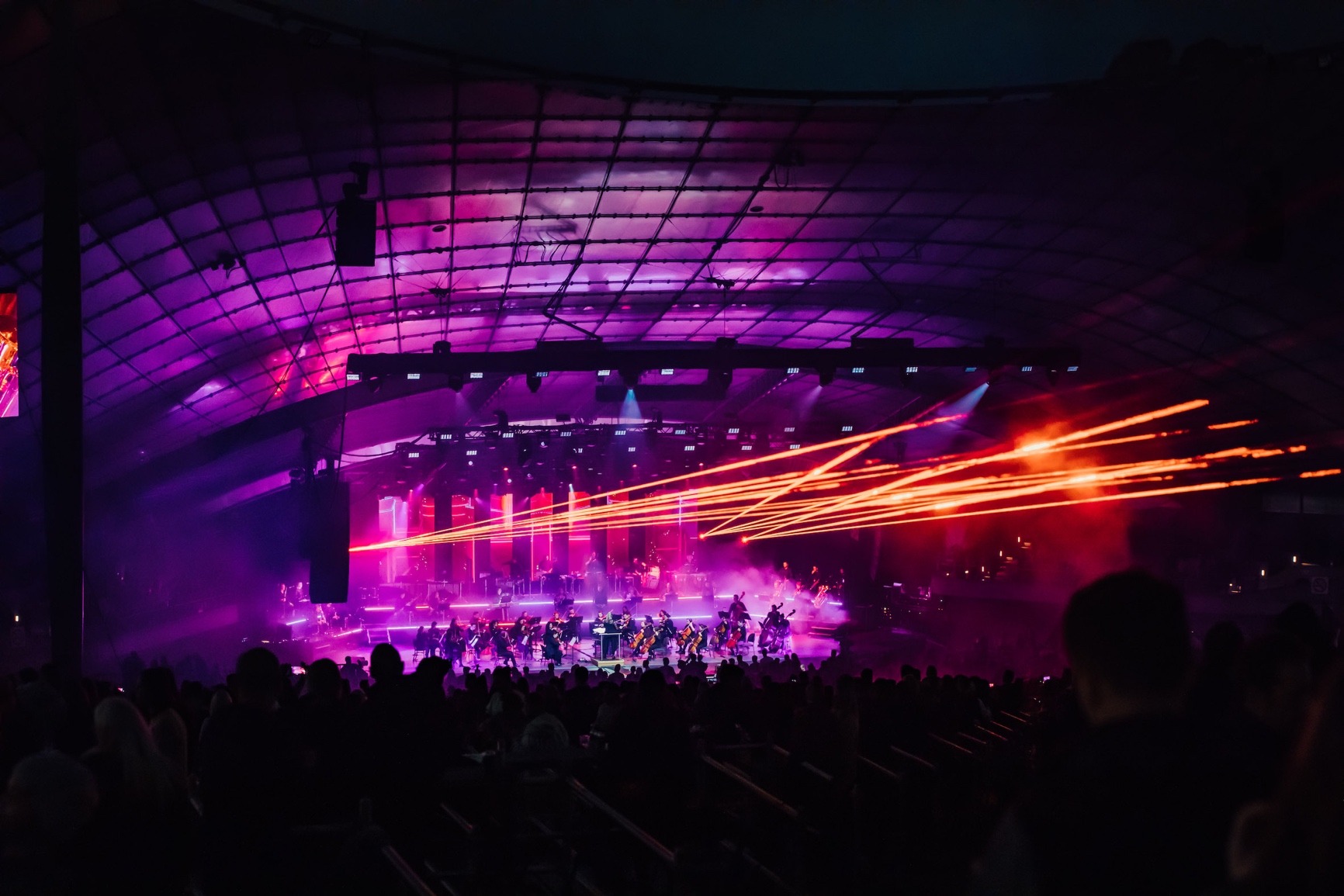 Synthony brought the party back to Melbourne for a very special one night only event at the iconic Sidney Myer Music Bowl. A concert like no other, Synthony is a loving celebration of the last 30 years of Dance Music and a unique collaboration between Orchestra, DJs and live vocalists that will have you on your feet, dancing from start to end. 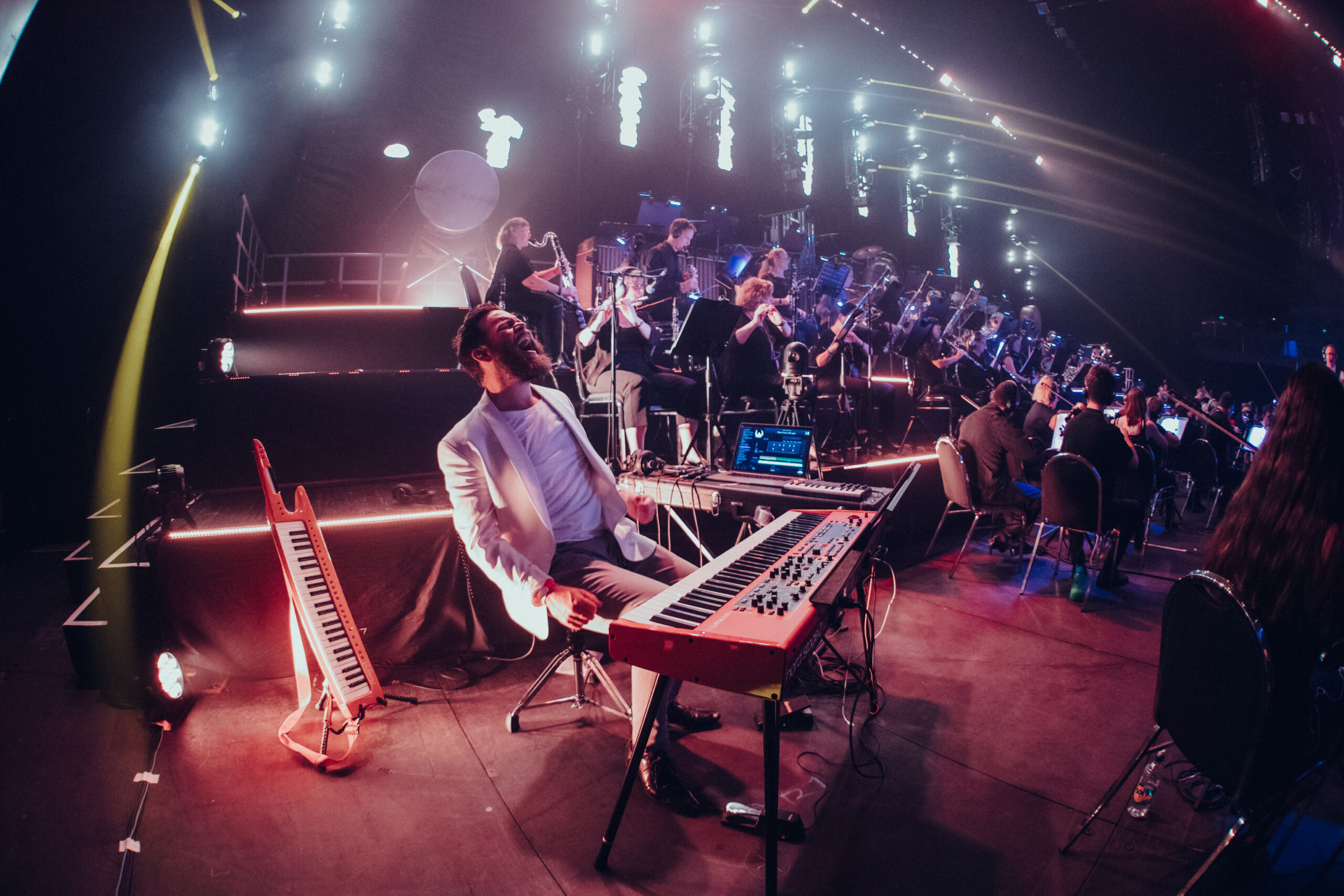 Founded in 2017 by DJ and producer, Erika Amoore and fellow Kiwi David Elmsly, Synthony now tours across Australia and New Zealand to sold-out audiences. Playing some of the biggest (and most nostalgic) dance anthems from icons such as: Avicii, Eric Prydz, Fatboy Slim and Basement Jaxx to name just a few, the full might of a 60+ piece Synthony Orchestra lead by Conductor Sarah-Grace Williams gives the tracks you know and love a whole new level of energy.

Arriving at the Sidney Myer Music Bowl, we watched as DJ Mark Dynamix kicked it all off with a fun mix of popular 80s Dance tracks, followed by DJ Andy Van playing Classic Disco & House tunes. By this stage the crowd was well and truly warmed up and ready for the main attraction. 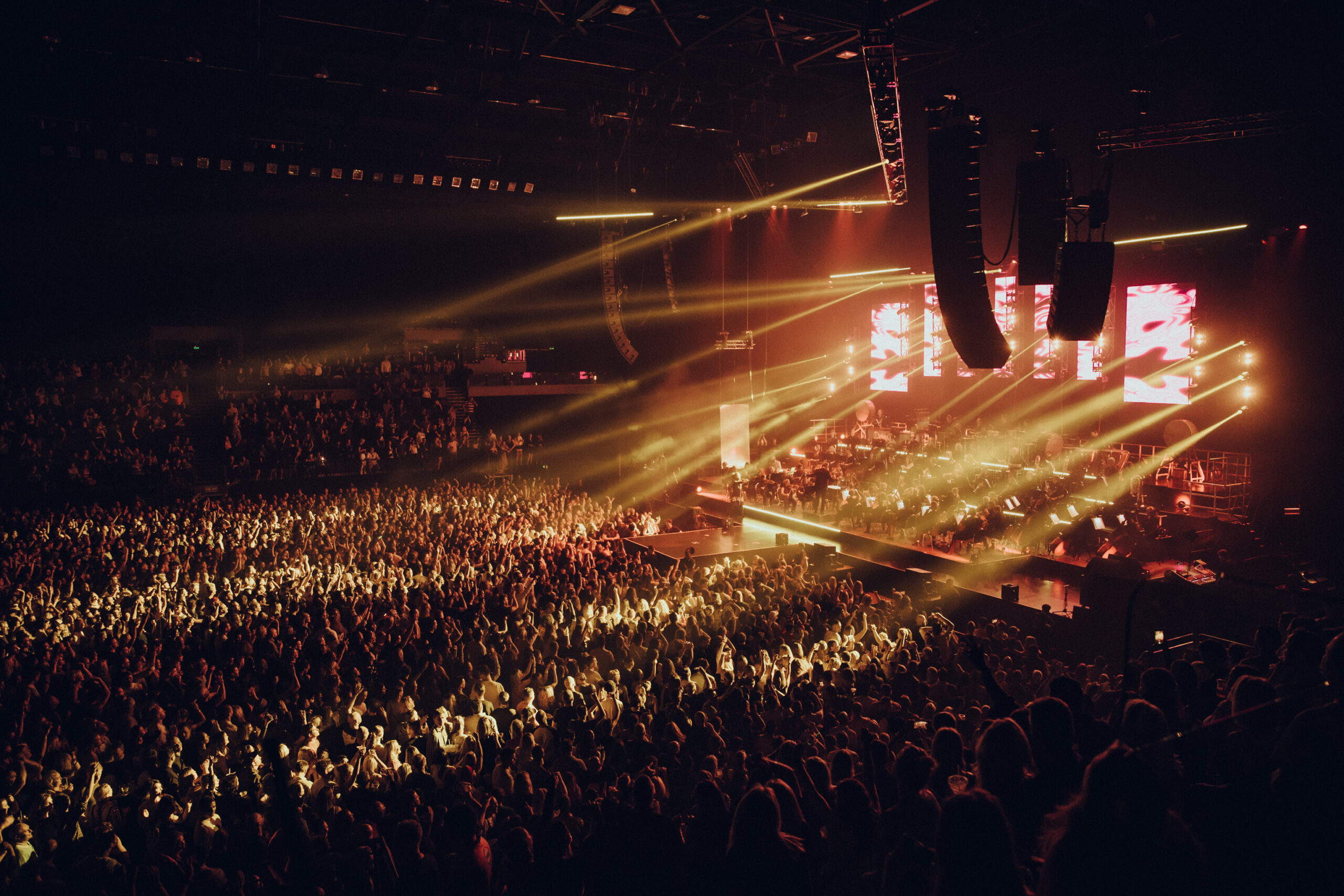 Our show began with a bang: Fatboy Slim’s anthem ‘Right Here, Right Now’. No longer capable of sitting still, the huge crowds jumped onto their feet for a dance. You wouldn’t see that at your regular orchestra concerts! It only got better from there with the first vocalist of the night, Australia’s Got Talent singer, Greg Gould who joined in on Armand van Helden’s: ‘You Don’t Know Me.’ Next up was The Voice’s Ella Monnery singing two classic tracks (by Shapeshifters & Fragma) and accompanied by live Sax Player Matty O who came prepared with his disco lit shoes (we kind of want some of our own now). The excitement levels moved up a notch when Miss Connie from Sneaky Sound System sang ‘Show Me Love’ with MC Mobin Master joining her for the hit. She also broke out Sneaky’s classic hit ‘UFO’ which got the audience really going. Ilan Kidron from The Potbelleez followed with Pink Floyd’s ‘Another Brick in the Wall’ (Eric Prydz remix) and finished with the all-time Aussie favourite ‘Don’t Hold Back‘ which the crowd defiantly wasn’t doing at this point! To top off a perfect playlist of hits and a truly excellent night was non-other than Darude’s smash hit ‘Sandstorm.’

With an epic backdrop of visuals, lasers and a state-of-the-art sound system, the atmosphere was electric from start to end. It’s no secret that 2020 was a tumultuous rollercoaster for event promoters. Months of preparation and negotiations with artists, venues and sponsors were all dashed last year and the team behind Synthony had to rebuild the program from scratch. Their hard work has definitely paid off, as Synthony is a spectacular hands-in-the-air dance party like no other. Who can’t wait for Synthony in 2022?!

Synthony is currently touring Australia and New Zealand. Find out when a performance is happening near you and buy tickets on their website.
The Melbourne venue is fully accessible.

Disclosure: The Plus Ones were invited guests of Xposed Media.
Photos: Supplied, some images shown are from the 2019 show and other festival locations.

Patrick Collins in ‘I’m Not a Mime’ at The Melbourne International Comedy Festival.