If you have ever wanted to go back to the eighties and get a feel of what culture was then, you will want to say you saw this presentation. It just glows. Melbourne Theatre Company has excelled yet again, with a superb, colour-filled, spot on slice of a native son’s penetrating social reflection.The lines here rock 30+ years later and it’s replete with killer quotes ( ever heard of the ‘gumtree mafia’? -folks who fund films exclusively about Australia even if the stories feature serially depressed towns and people).

Melbourne’s own David Williamson is a legit playwriting legend. This season celebrates 50 years in the field, telling honest tales. The pen is mightier than the sword and the role of the writer is examiner, to hold a mirror up to society and interrogate what’s seen there.  This play is no different to any of his works -Williamson does it with a coolly passionate forensic finesse in a voice so authentic, he could be your neighbour. 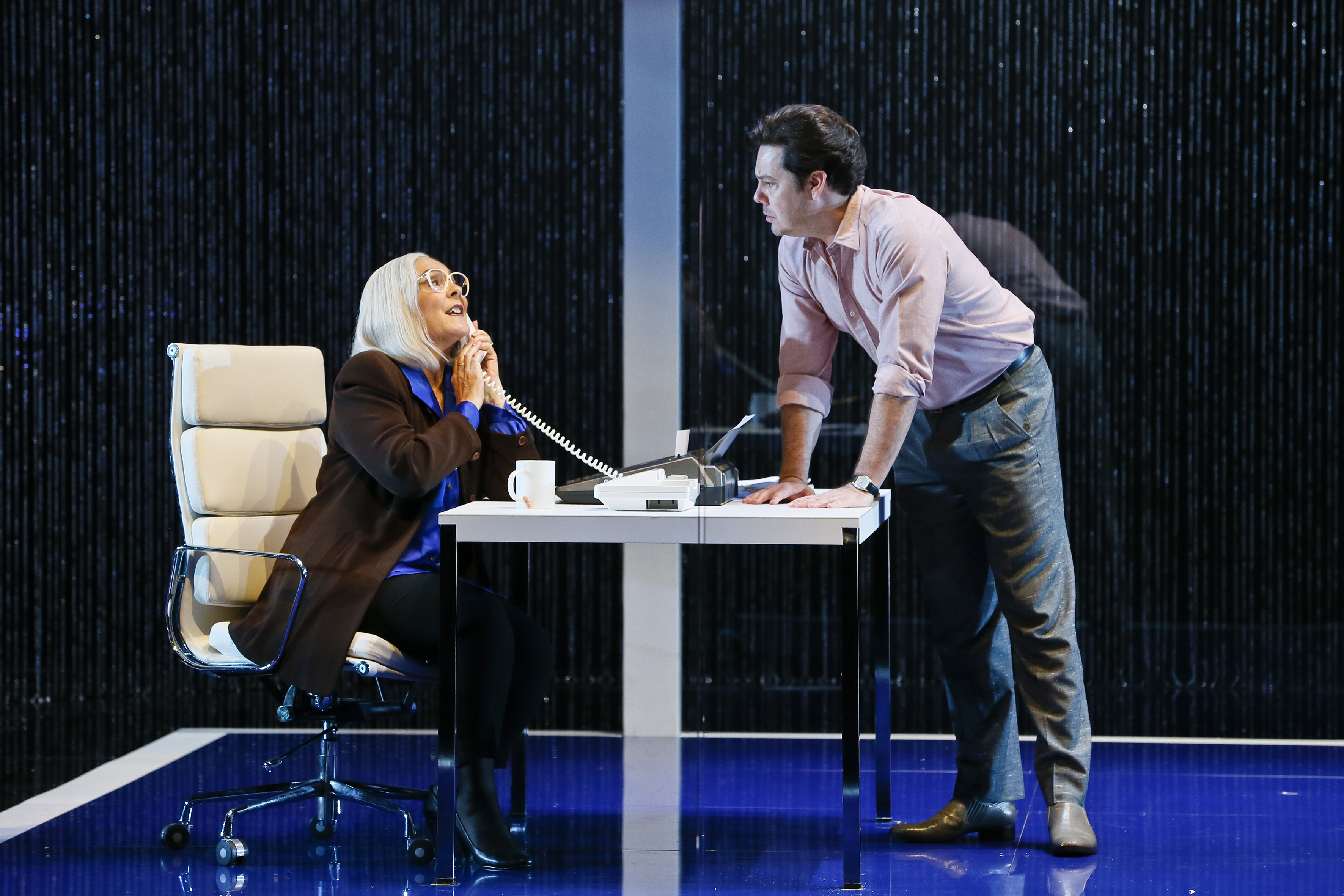 With Dale Ferguson’s fabulous recreated costuming (square cut leather jackets; chinos folded up at the ankle; cropped bleach-blonde haircuts; and acid wash denim), it’s ultra-retro. The set, costumes,sound score and choreographed movement says so much about Melbourne arts’ insecurities, the north-south city divide across the northern border, and has some brilliant acting from a stellar ensemble of well known Australian actors. Then, there’s the music – enter to Jimmy Barnes, INXS, and Georgio Moroder. It’s a blast!

The late ‘80s is a place many want to return to. From the outside, it seems so good. Like the beach scene of the late ‘60s, it seems to hop and bop with exuberance, colour and good times. An era of go, and show, everyone seemed to be living their best life in neon colours. It was a decade where credit flooded the everyday world. After the DTE, local, and sustainable vibe of the 1970s, the eighties were about hedonism and risk. Capital flooded in and people were pushed to dream big. There was no better city to enact these rituals in than brash Botany Bay’s Sydney. Ostensibly a play about the writer’s perennial dilemma(art or commerce?), the drivers in this play fret over the artist’s identity and the cost of selling out.

In this work, it’s also about the intersection of Australia with Hollywood, the era of Crocodile Dundee. Content, genre, writing and subject. The writer joustles with his pushy female agent Elaine, all pearls, long lunches, and networking soirees, played with aplomb by comedy darling Marg Downey(of The D-Generation fame). 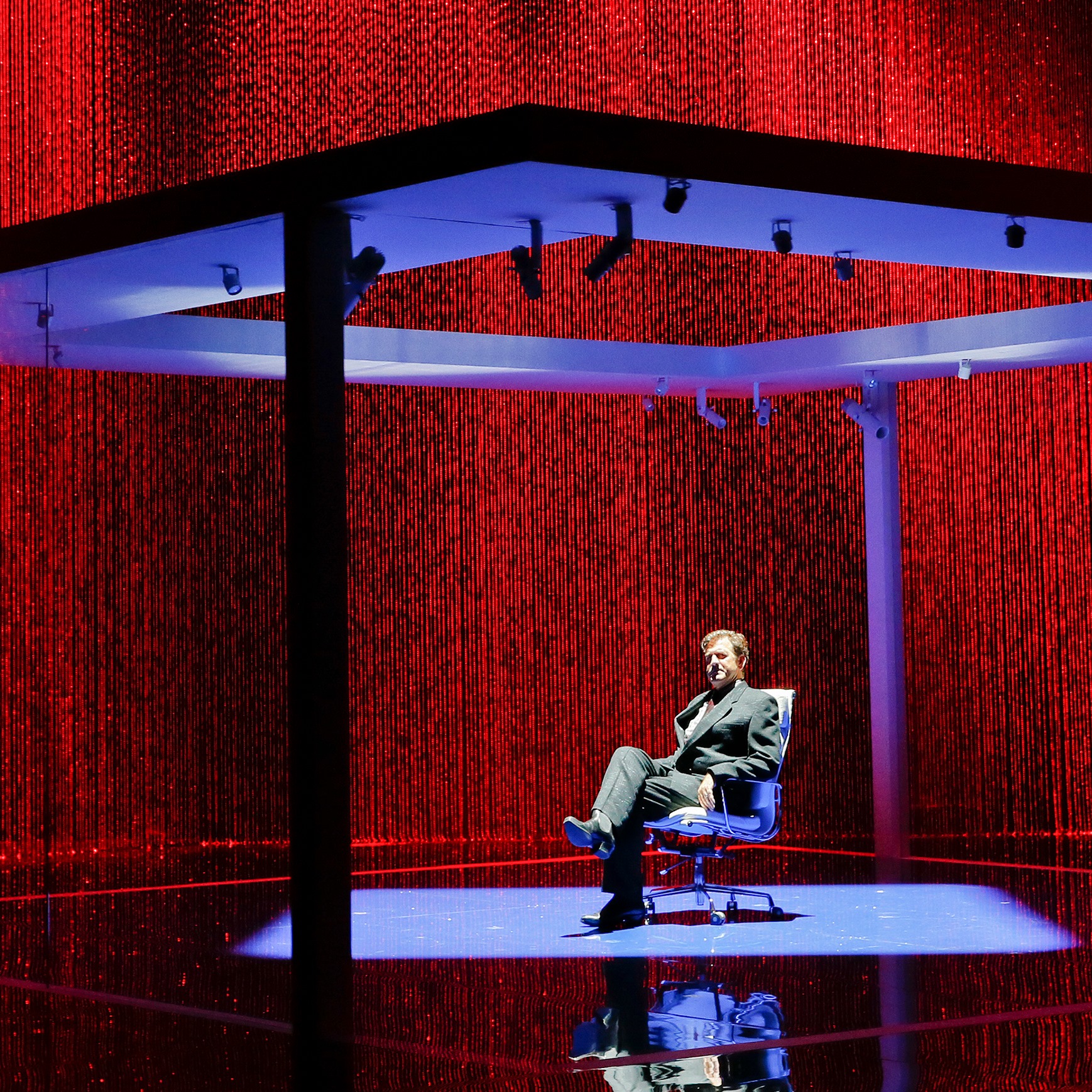 As the world hurtled towards a century end, it seemed convenient to think conservativism (prevalent in Scottish Presbyterian Melbourne) could be discarded, inducting a 21st century novelty of instantaneous(digital) global exchange and ever open economic markets. The cost of high capitalism, however, is also under examination in this work. It’s title references American film The Wizard Of Oz, with its machine at the end of the yellow brick road, a factory universe of productivity and worship- the Emerald City. Once Dorothy finally arrives at its end, she pulls a curtain and sees merely an old man operating a machine which makes his voice boom. Behind promotion of dreams is often deception and disappointment.

Williamson, through his superbly set arcs in the writing, show us that simple things close to home don’t change. Marriage foibles, the challenge of raising children, a guarantee of ongoing employment, repression of primal urges like jealousy and desire, and that mythical dream unique to us ‘down under’ – the house with a view or block yard. They’re all here in this play which takes us speedily inside a couple of pre-recession Anglo- Celtic minds. The stage set is neon-cubic as per 1980s retro modernism and gives us a view_into_a_mind effect by boxing each character or scene within a framed outline of a modern domestic house. 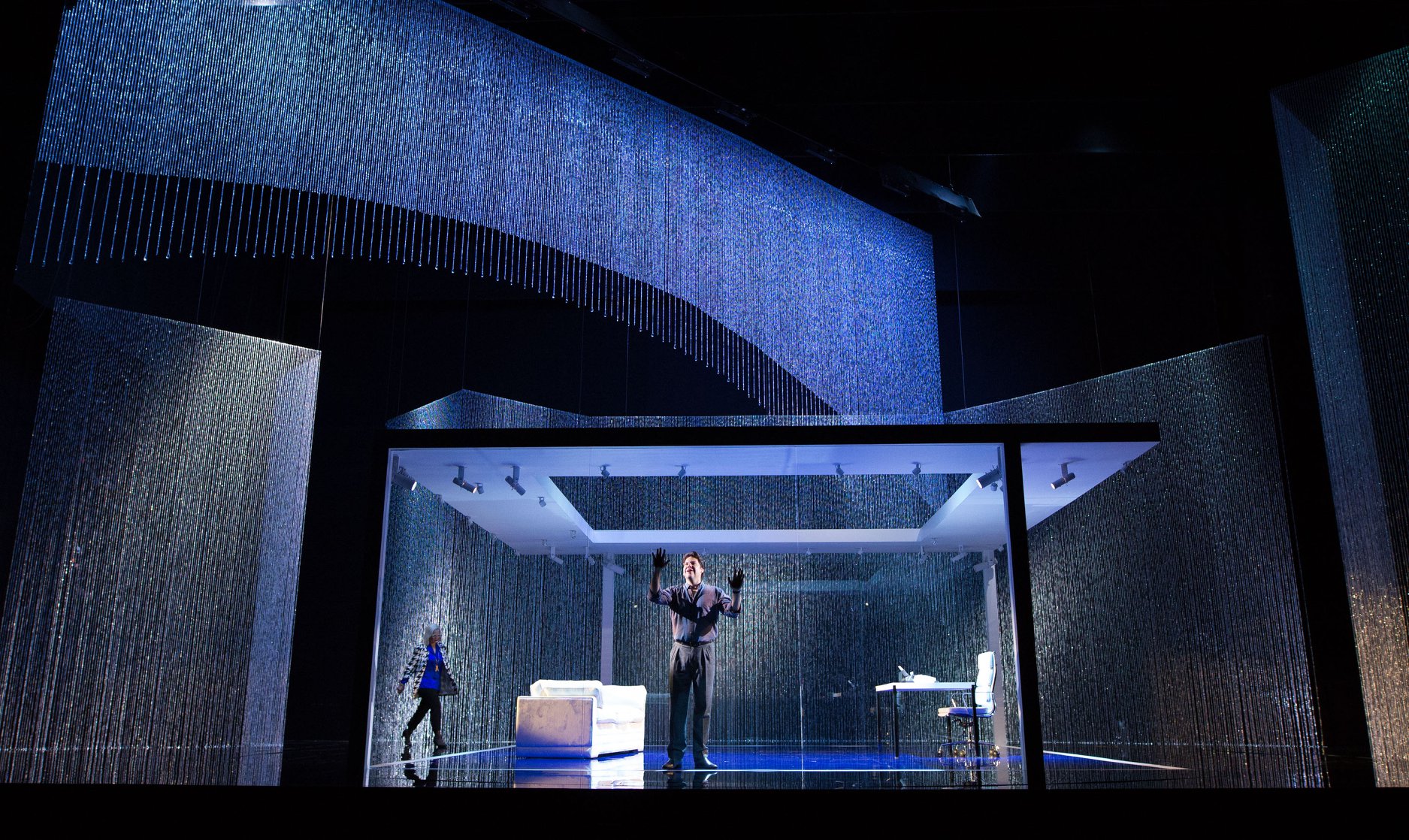 A cast of well known faces bring to life typical Aussies from the era. You’ll love to see them paint characters through the 3D magic of the stage. Nadine Garner is brilliant as the playwright’s wife Kate. Brawny, she’s successful in her own right, a typical bougeoius feminist who publishes indigenous writing. She’s the post that her artsy husband clings to to keep his boat afloat. Rhys Muldoon rocks the performance of the clown of the play, Mike. Writing mini series slosh for television, he is more used car salesman than literary type and Muldoon relishes this character’s political incorrectness. His rendition is so well timed and gesturally comical it calls to mind characters who offend with heart such as Shakespeare’s Falstaff. 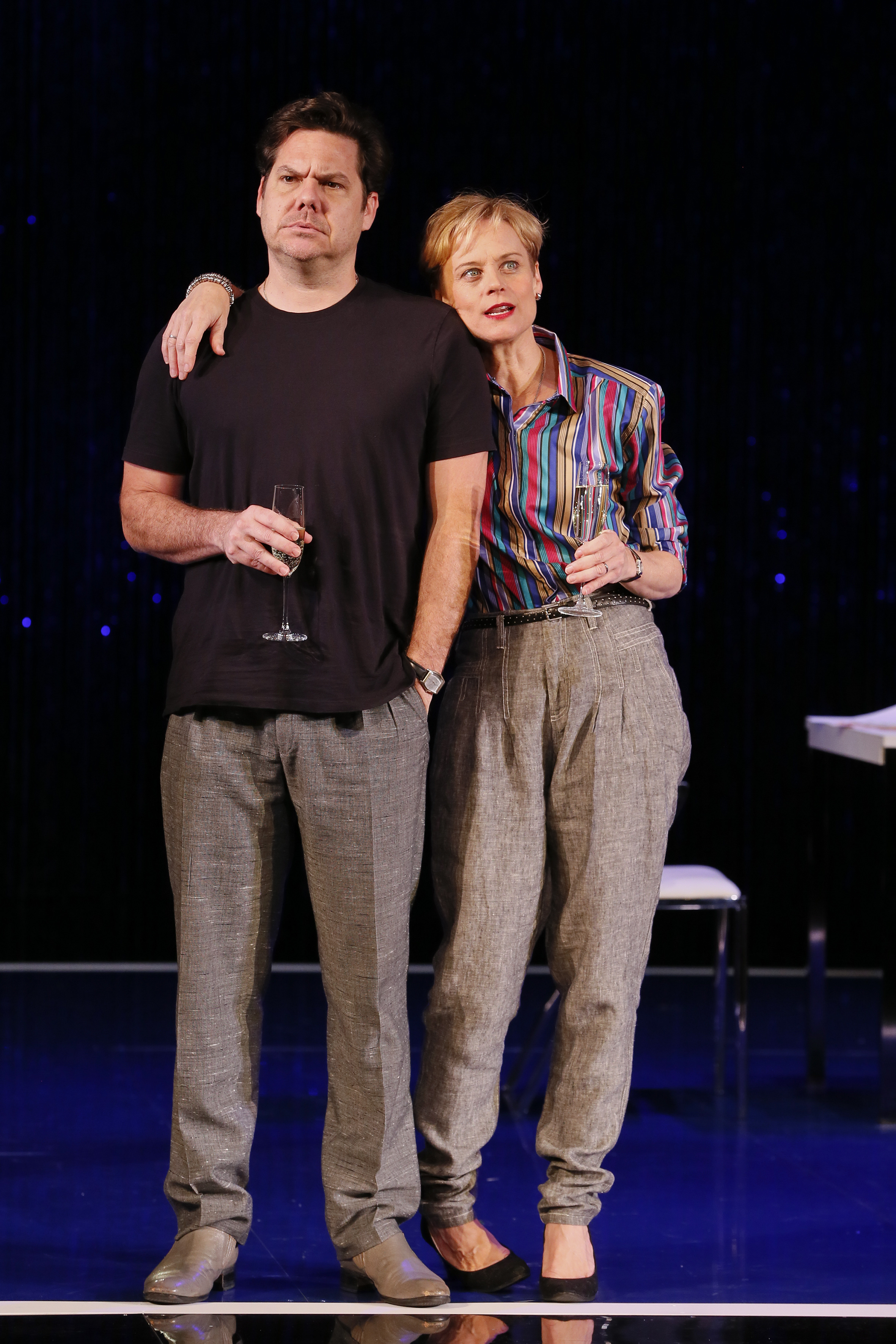 Jason Klarwein as the protagonist, Colin puts a sterling rendition of the central interrogator up for us. The many and brilliant caustic lines flow effortlessly from his mouth and he has the date-specific body language, moves and morale of the age down pat. A mid-career actor, he personifies the existential angst, and troubled introspection of the serious southern writer whose doubts, pauses and moments of reflection cast introspective shadow in this city of fleeting light and fast action.

Go along to find out if money and celebrity are the lane the writer drives in and whether there is a place for authentic values in Australian art.

This production contains coarse language, sexual references, mature themes and the use of electronic cigarettes.

Disclaimer: The Plus Ones were the guests of Melbourne Theatre Company.