3 Ravens Brewery has launched a dark beer to keep you warm on the dark winter nights. Debuting for the winter solstice, the Barrel Aged Imperial Milk Stout clocks in at 14.2% ABV and carries a secret message on the cans. The brewers proudly describe it as, “the biggest, dumbest beer we’ve ever brewed.” It’s the result of a collaboration with Sunshine Coast brewery Brouhaha. (Although the milk stout is obviously better suited to Melbourne’s chillier climate). Following a lengthy brewing process, the stout spent quality time hanging out in oak barrels. It pours like motor oil (and I mean that in the best way possible). 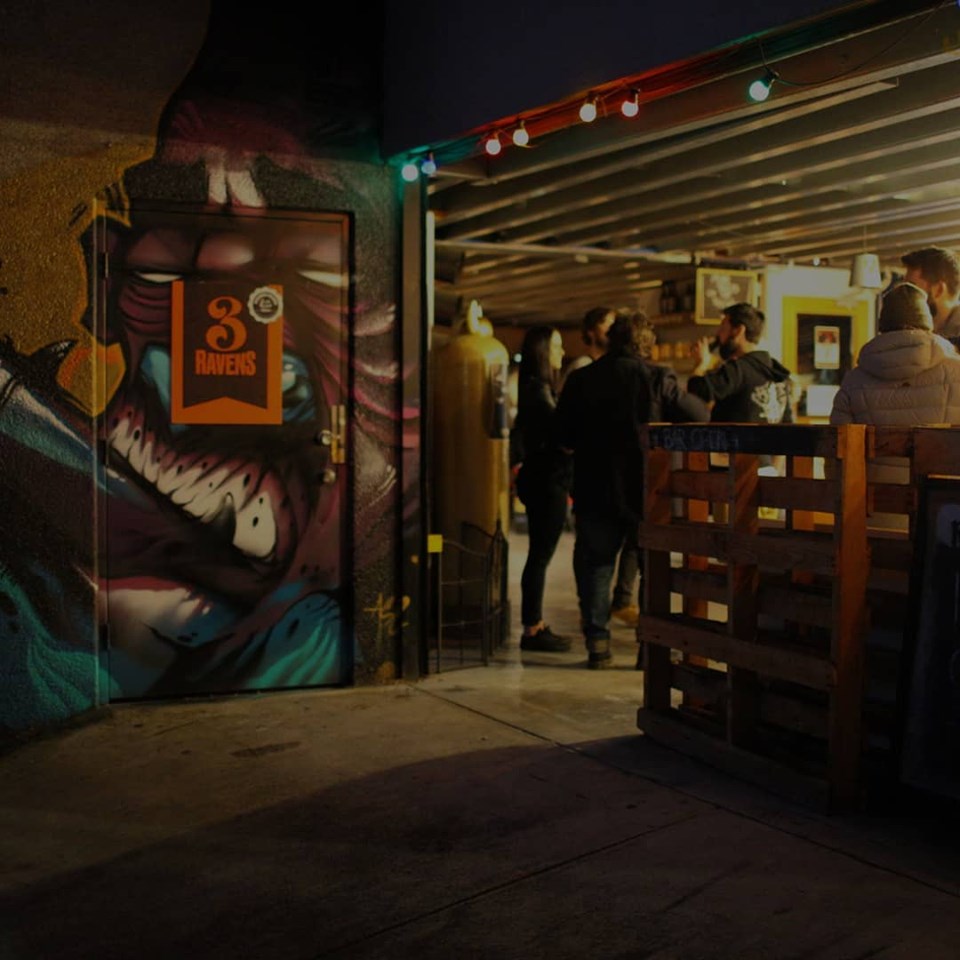 The Plus Ones were one the first to taste this mammoth beer at 3 Raven’s launch party – an event that was purported to be a simple idea that got out of hand. In celebration of the dark side of winter, the brewery was bedecked with dripping candelabras, macabre art, and moody poetry readings. CookShop served up a winter feast, showcasing game meat and roasted vegetables. We also joined an exclusive malt masterclass for an in depth look at the history of malting (punctuated with plenty of beer samples). 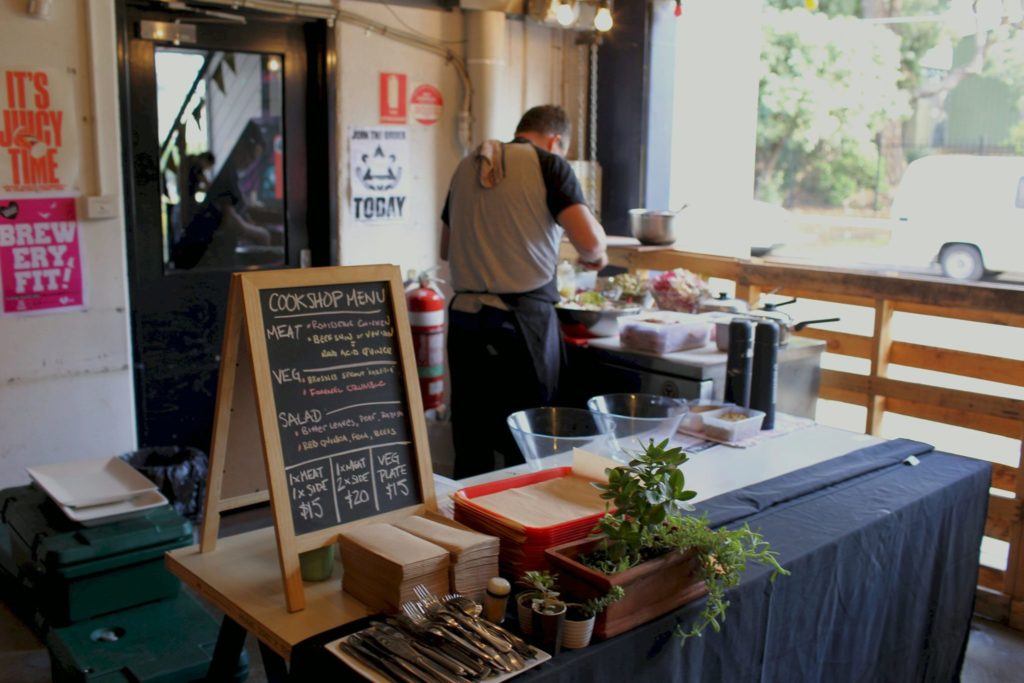 Our day started out with a tour of the brewery lead by intrepid brewers Bill Armstrong and Murray Robinson. Or, as they identified themselves, Bill Murray. At 16 years old, 3 Ravens boasts the title of Melbourne’s oldest independent brewery. The brand has transitioned from a group of ale loving engineers to a passionate team that embraces experimentation. (Evidenced by all the creative beers we sampled on the day.) The diverse range of beers included the Nobody Knows When You’re Sauerkraut – a ‘meaty’ Irish red ale made with sauerkraut brine. We also sipped on a sour Black Acid – a deep purple hued beer with black current and raisin flavours. But the Choc Mint Shake was certainly the most mind-boggling. It’s a ‘milkshake’ style beer with a creamy texture and an uncanny mint flavour. Reminiscent of sweet treats, this beer is somehow so wrong… but also so right. 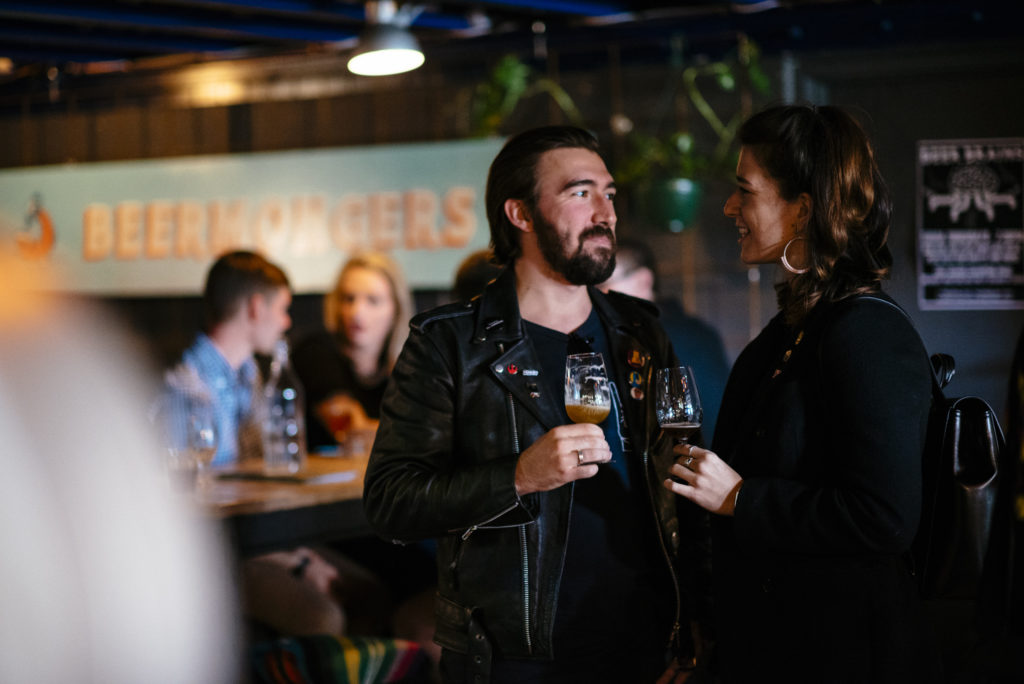 Our hosts’ enthusiasm was contagious and certainly made the malt ‘history lesson’ more entertaining. In addition to technical talk, we heard tales about imploding fermenters, bursting barrels, and flaming cars (Believe it or not, car fires were in fact related to beer history and the flammable nature of malts.)

3 Ravens worked their dark magic and won our hearts with a day filled with humour, beer, and quality company. The day also managed to raise $650 for Melbourne City Mission’s homelessness services. We recommend embracing the dark winter days and getting your hands around one of these cans. Because once it’s gone, as a certain raven quoth, it will be “nevermore”.

– Jenny
Jenny S loves the magic of fermentation and supports local craft beer alchemy.
Follow 3 Ravens to find out more about their creative events and where their specialty beers are popping up.

Disclosure: The Plus Ones were invited guests of 3 Ravens.
Image credit: 3 Ravens Brewery.

Parkour dance sparks fly in Between Tiny Cities as part of Big World, Up Close