As we approach the national ‘celebration’ of 250 years of colonial rule, it was nice to be reminded of a more direct, politically outspoken era. We danced like it were 1991!  A key opening event of Yirramboi Festival (‘tomorrow’) an annual Melbourne first nations cultural event (2-12 May), we welcomed sacred rock elders whose message is still on point today.

25 years on from its first release, the show featured founding members of the famous Northern Territory band alongside the next gen of indigenous music stars to perform classic Yothu Yindi and The Treaty Project hits with an electronic twist, provided by the inimitable Gavin Campbell of Filthy Lucre fame, the man who first remixed the Yolngu hit Treaty into superstardom.

Famous lyrics I heard it on the radio, and saw it on the television. Back in 1988 – all the talking politicians are seared into modern Australian mind. People will tell you where they were when they first heard what went on to become the first song by a mainly-Aboriginal band to chart in Australia and the first song in any Aboriginal Australian language (Yolngu-Matha) to gain extensive international recognition. With a fantastic backing beat, searingly honest lyrics expressing deep cultural frustration, passion, dynamism and light, it’s easy to see why this boppy pop song took a political message a million miles out of the Northern Territory. 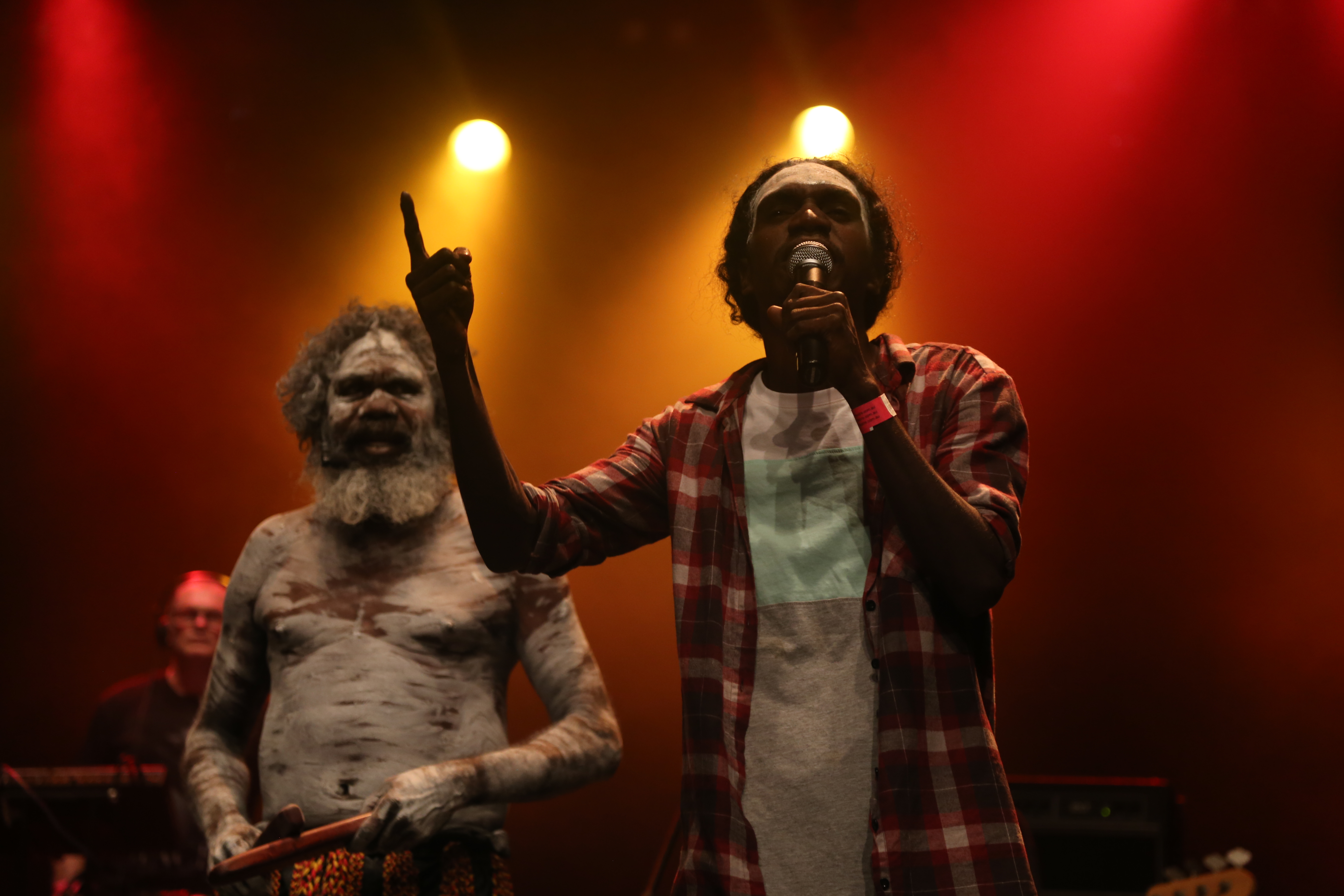 With multiple arts luminaries in the audience, famous faces, celebs and local indigenous, this was the place to be seen and held close to a federal election. A tour named for an electronically dance remix of a song written to highlight the lack of progress on a Prime Minister promised 1988 treaty between Aboriginal people and the federal government by Yolngu leaders and brothers Mandawuy and Galarrwuy Yunupingu. Australian luminary and national poet, Paul Kelly, co-wrote the original song, a rock number.

The hit song is a mixture of Yolngu and Balanda(non-Aboriginal) ways. The timbres of the song include the Balanda rock ensemble of electric guitars, keyboard and drumkit with occasional Balanda voices. The Yolngu sounds include the lead singer’s vocal quality, and the traditional instruments, bilma (ironwood clapsticks) and yidaki (also referred to as didgeridoo). The song’s text is partly in English and partly in Yolngu Matha. Hearing that magical vocal call with the clapping sticks sends shivers up your spine and takes you into a timeless zone, connecting you to first nations approach to identity and ‘country’, homeland,  and ancient ritual and belief. Vibrant Northern Territory cross-hatch graphic design images and artwork backgrounded the stage dynamism, and brilliant,bold atmospheric lighting emphasising the musical highlights. 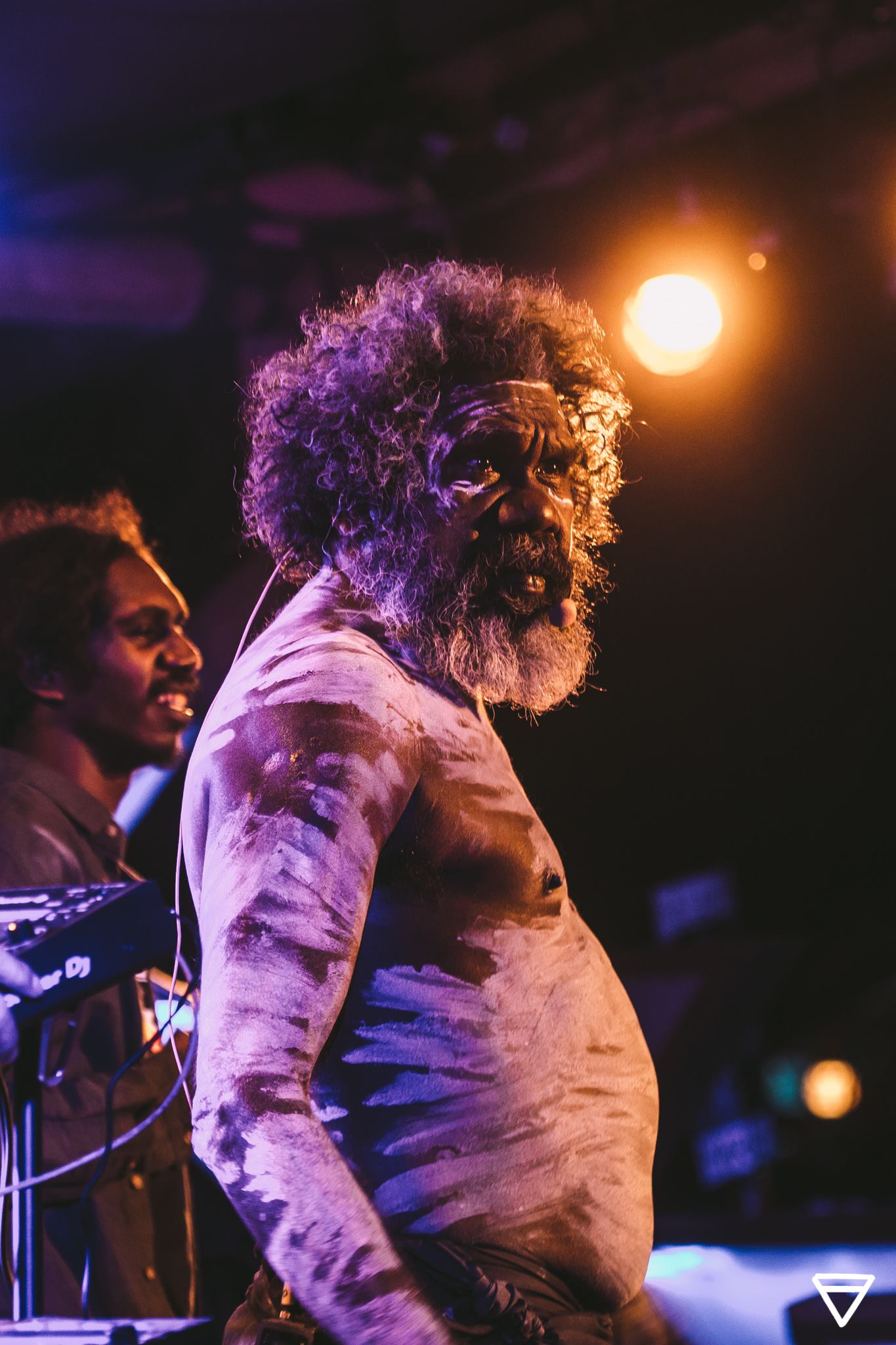 We had a rocking night with live music on stage from elders and youth, balanda and first nations performers,  through dancing, yidaki playing, PNG and indigenous dance, tiddas voices, and representatives from Arnhem Land and across the country. It was about the music, and we were happily surprised by early songs brought out for a fresh lease of life as still excellent. Singles from the album Timeless Land, Djapana (Sunset Dreaming), Yolgnu Woman, and Tribal Voice were played to a rousing response. I was returned to the excited thrill of dancing on the beach at Broome under a full moon at their first release as well as rough-n-ready hotels in remote towns where the band and crowd merge as one.

There was a lot of talent on the stage. Founding band members Witiyana Marika, Stu Kellaway and Kevin Malngay Yunupingu were as sharp as ever, looking excited to return to these cries for justice, bringing an alternate view of being Australian back into the mainstream. The group was rounded out by Emma Donovan, Deline Briscoe, and Dhapanbal Yunupingu with emerging Yolngu singer Yirrnga Yunupingu and Yirrmal Briscoe, supported by Ania Reynolds, Airileke Ingram and Roy Kellaway along with special guest Goanna’s Shane Howard. 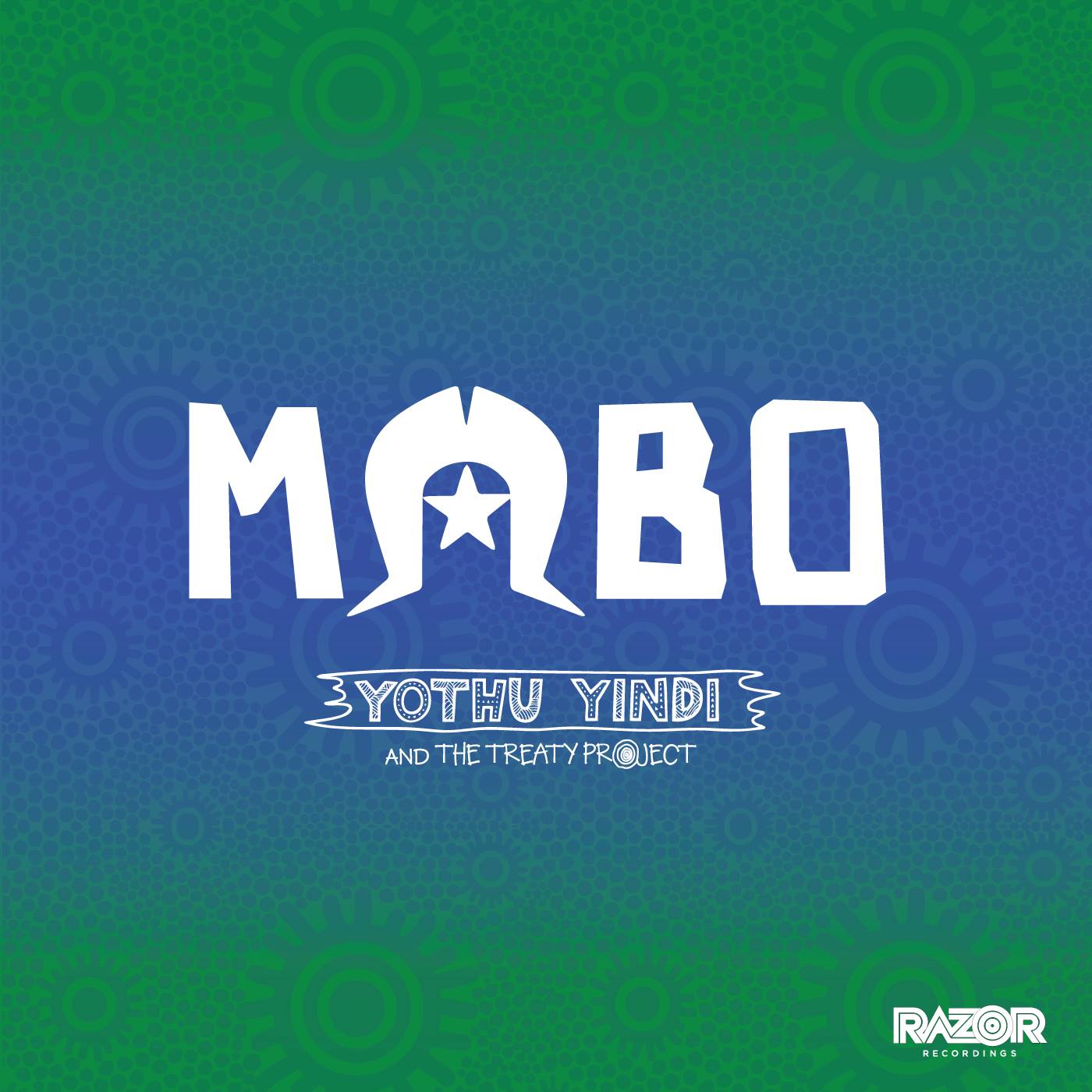 Highlights of this one-of-a-kind night of musical artistry were the animal dance of Wakara Gondala, an appearance from PNG dancers Osua Roem and Sam Roem, the backing and solo singing of the tiddas group, and the contrasting vocal styles of the two young male frontmen, touring this show for the next generations [of first nations people] to come. Famed Aus rock band Goanna frontman Shane Howard gave a moving, evocative rendition of their 1982 land rights rock hit, Solid Rock. The crowd sang along to yet another struggle anthem.

Rock and roll, sticks, guitar, drums, men and women, heart and country all came together for one night of 100% thrill.

An outfit never to be missed live.

Disclosure: The Plus Ones were guests of Jessica Bendell Publicity.