Witness circus history come to life before your eyes in Barnum, The Circus Musical for a limited 6 week season. As you trip down 19th century entertainment musical history, alongside charismatic protagonists Phineas Taylor Barnum, master of humbug, and his New England Miss wife, Charity, you’ll see Jumbo, the largest elephant in the world, Colonel Tom Thumb, the smallest man, Jenny Lind, the operatic Singing Nightingale, and the side show enticements and treats of the circus ensemble with its gypsy fortune teller, exotic women, sad-face clowns, tattooed strongman, the bendy acrobatic girl, and alluring Vamp with pink feathers, and legs to forever.

There is lots to visually admire in this bespoke production, which is top drawer panache, but it’s the excellent song and plot writing from the original Broadway team of Cy Coleman, Michael Stewart and Mark Bramble that place this musical in the elite league. The show offers an outline of his dramatic life, with his early entrepreneurial endeavours, his highs, lows and travails from this never-say-die character who coined the phrase There’s A Sucker Born Every Minute, and the show bounds along with an infectious energy like that from the man himself. 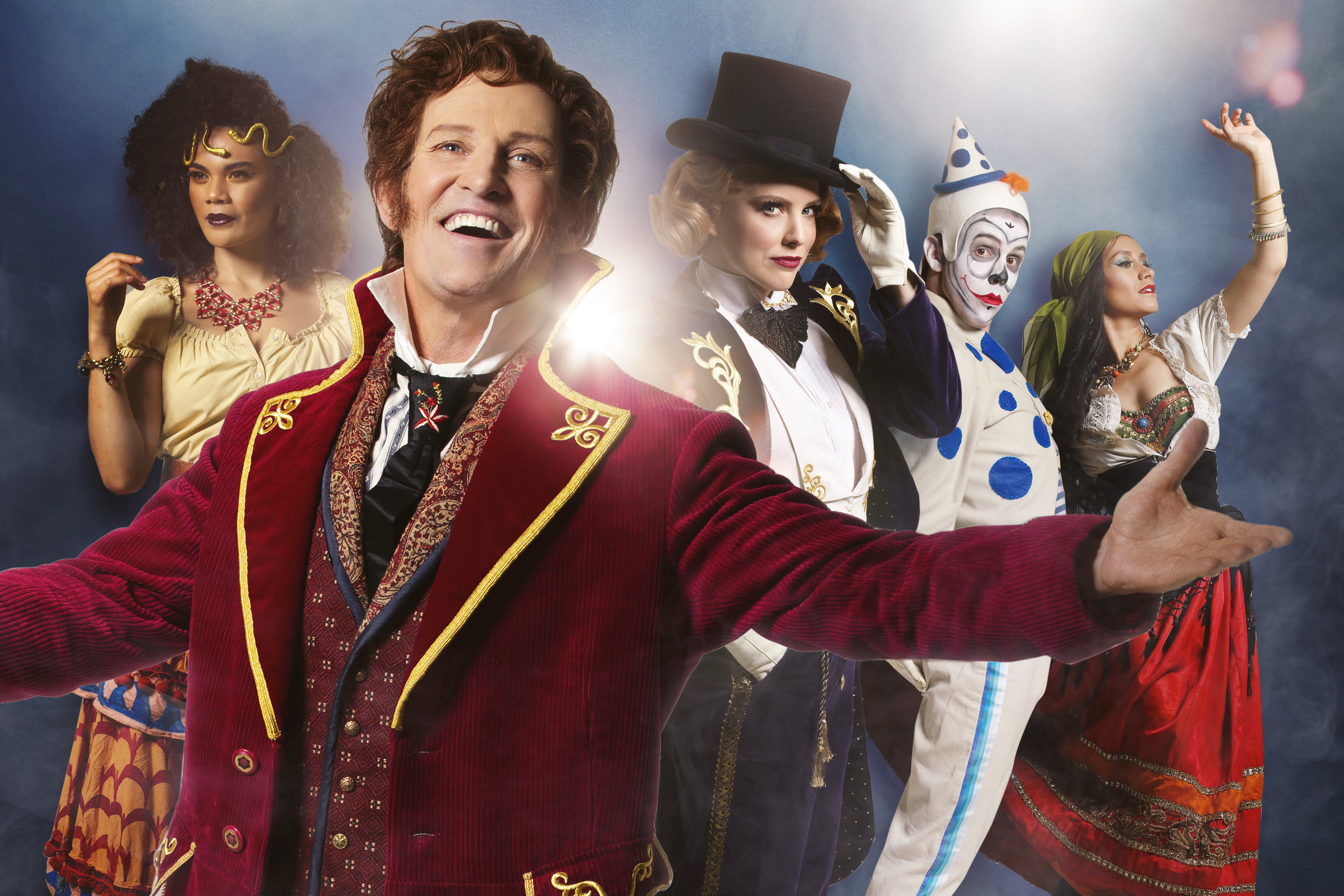 Starring Australian theatre legends Todd McKenney and Rachael Beck beside marvellous young triple threat Kirby Burgess, a brilliant female Ringmaster, this is an A-Team of the top theatre professionals in the country. Competition must have been fierce to be included in this fabulously exuberant and loving tribute to that crazy fantasist who dreamt it all up in the America of the early 1830s and beyond.

Showman, politician, and businessman, McKenney depicts this flawed yet endearing chameleon with great sensitivity and depth, not reducing to caricature. An experienced stage performer himself, Mckenney perhaps understands better than any the travails of the lives of performers or those who inhabit the other realm of the theatre life. His rendition is a tribute to both the man and his vision but also to the nature of live entertainment itself and is worth seeing to catch him at this, dropping some of the funniest and most timely ad libs going.

Partnered by another much loved and highly skilled Australian musical performer, Rachel Beck tenderly depicts Barnum’s prim wife, Charity, with shade and tone. Her vocals are flawless, as are those of the imported Scandinavian marvel, Miss Jenny Lind, by Suzie Mathers and you will relish hearing her operatic arcs. When these women sing in their wide-skirted, taffeta hoop dresses, it’s better than Deadwood. 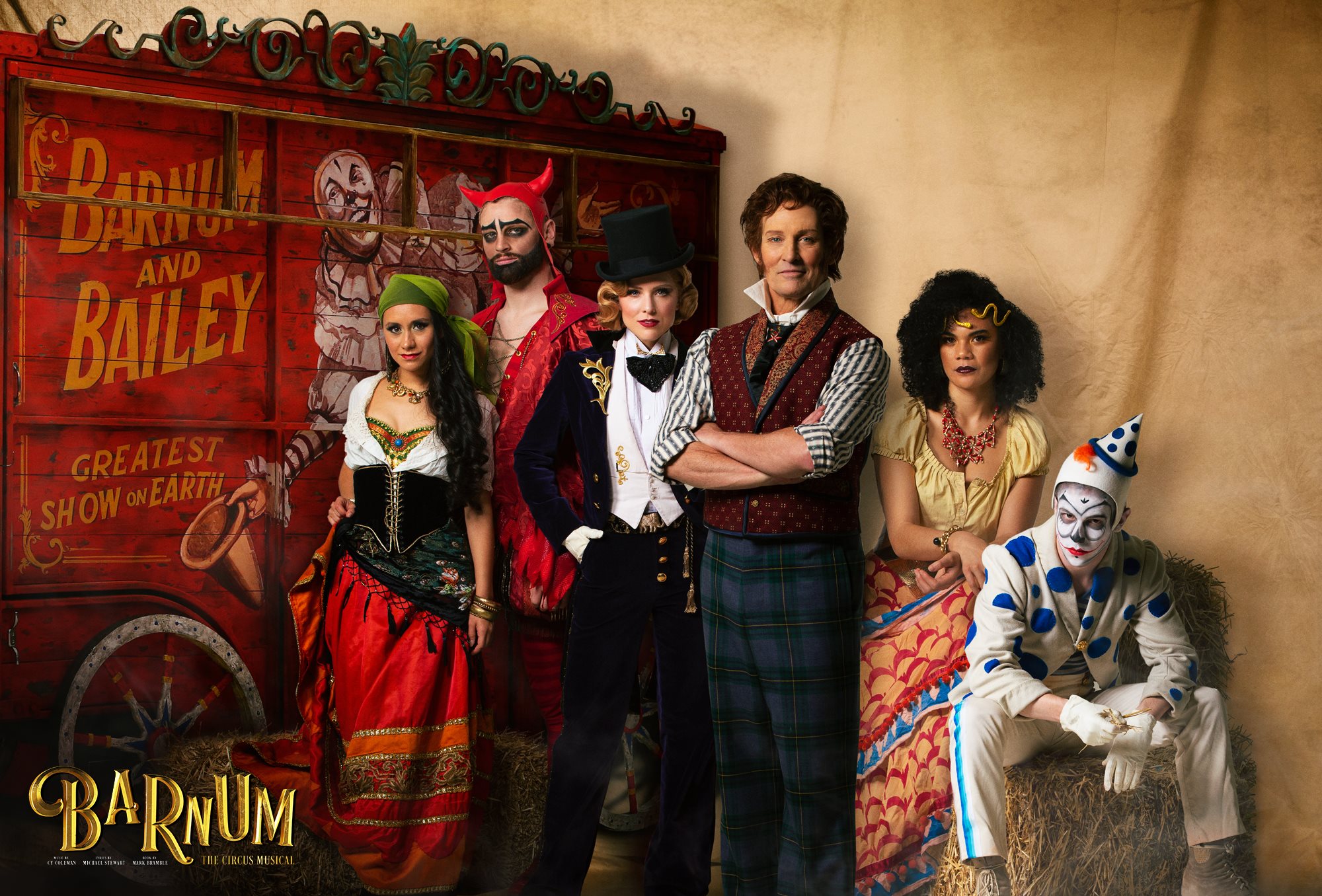 Award-winning Director Tyran Parke held a vision for a provocative and enthralling new version, with many creatives and experts consulted, and the show luckily partners with Melbourne’s own National Institute Of Circus Arts(NICA) under Zebastian Hunter. Famed Australian dance choreographer Kelly Aykers has been brought it for her touch of excellence. Magician Anthony De Masi brings his magic. Creative Art Direction comes from Jeffrey Van Der Zandt,  with superb set and costume design from Dann Barber and Rachel Burke.

There’s lots to make your eyes POP in this show but it also references Barnum’s personal biography with the genre’s historical threads, depicted through a faded, Victorian or early 20th century distressed sideshow tone adding authenticy. This is a story from the past, a world away from the digital world and CGI or Photoshop, and the show and performances reveal just how impactful live rendition and execution still are. Exciting, the songs and action are stirring – you’ll clap along with the crowd, stand for the ovation, and tap your foot along with the highly hummable tunes.  Songs Come Follow The Band, The Colours Of My Life, and There’s A Sucker Born Ev’ry Minute star. Accents are also pitch perfect. 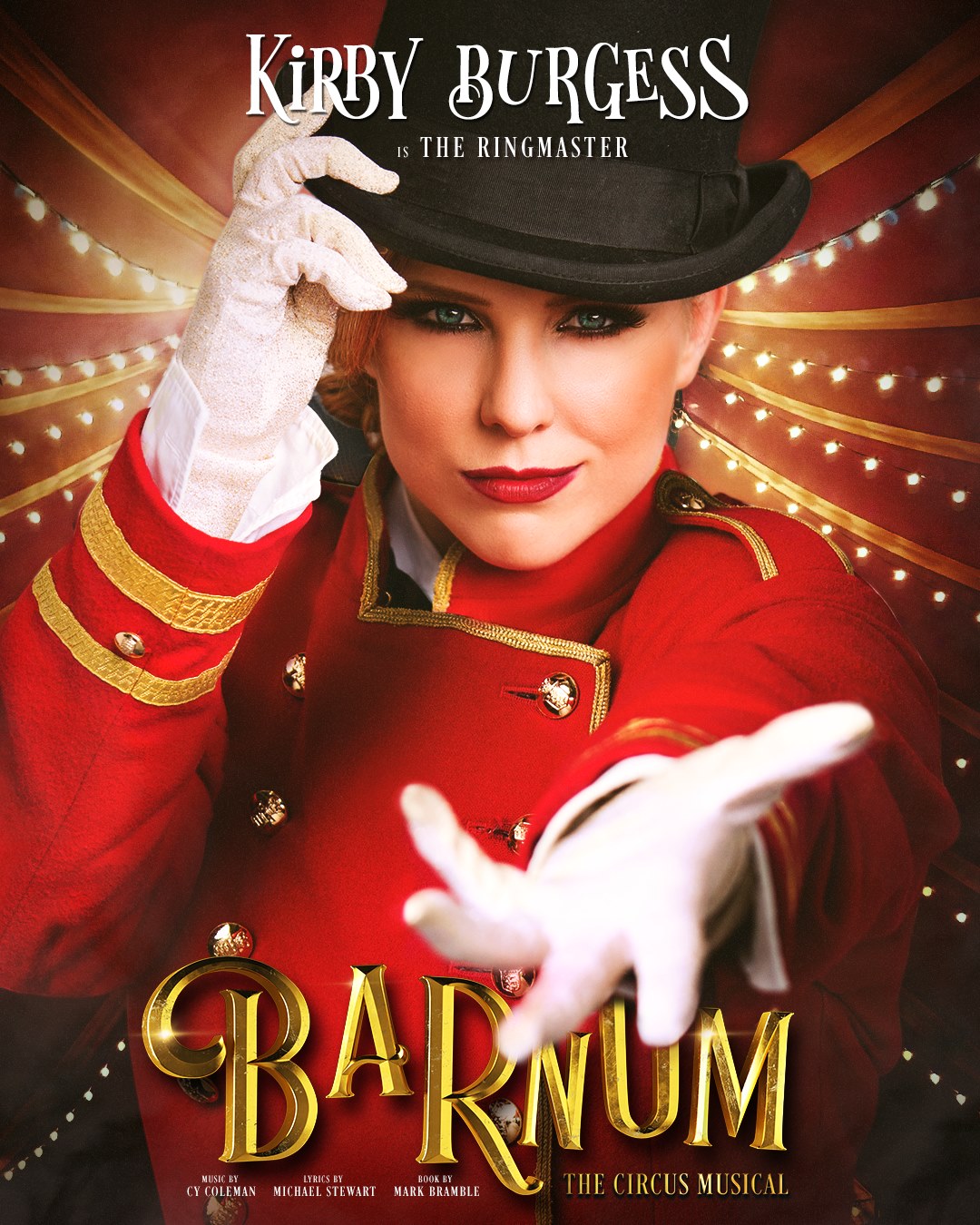 This sparkling, top class production also sports a live orchestra, led by Stephen Gray, with strings, woodwind, drums, percussion,  and emphatic brass seen aloft of the stage set to mimic old-world travelling circus arenas with their canvas worlds, tiered wooden seating, and front and back stage oddities. Live accompaniment makes all the difference to experiencing the highs of any stage show and you will know it here.

If there is any show you want to say you saw in 2019 – let it be Barnum The Circus Musical. Seeing this much talent, skill, period costuming and set design, with bold moves and brilliant tempo on one stage is not something you want to miss.

The venue is accessible booked via Box Office.