It is a truth universally acknowledged that a group of fine talent, with a well written story and superior direction, are in want of an happy audience. This you are the beneficiary off in Sharmini Kumar’s Second Impressions of Pride And Prejudice. Add to that original costuming, a dancerly presentation, served drinks and a meal to edify you, and here are all the ingredients for an enjoyable summer’s evening bringing the delights of two centuries past. A polished cast and well prepared ensemble performance bring you Austen’s humour. 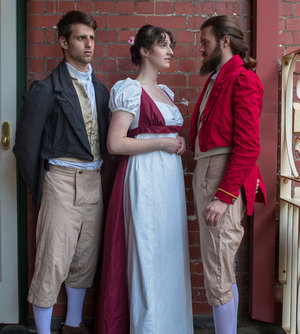 Nathanial Karam as Darcy, Caitlin Mathieson as Elizabeth, and Conor Bashford as Wickham.

A gathering of Regency folk surround you voicing the immortal words of Jane Austen in her most famous novel, Pride And Prejudice,  concerning the romantic union of two headstrong individuals who are the last to see cupid’s bow raised in their directions. Set CBD inside a period building, an original musical composition and song will round off a lovely end to 2018. Not only is the performance culturally rich, it also offers nourishment. Four breaks in the reading signal the serving of food – scones with jam and cream, pork pies, scotch eggs, and sweets panna cotta and meringue are presented.

You will hear all the famous lines and timeless hilarious characters Austen created in her pointed social critique, written when she was just out of her juvenalia phase at 1796. Austen had spent much of her adolescence scribing jocular stories read only to her family, and had her schtick of insight and impertinence fairly polished. But it was as a self-publisher that her works first reached public audiences, leading to national recognition and fame, sadly, not long enjoyed by literature’s most loved heroine, Jane dying age 41 from cancer. 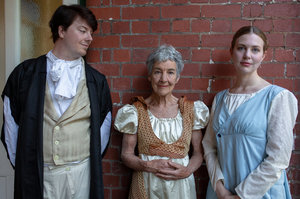 As we view this regional tale of family, social climbing, love, truth, vanitas, and the order of things, we have all the great characters- Caitlin Matheison is perfectly cast as our cold and clear heroine, Miss Elizabeth Bennet. Nathaniel Karam takes seriously his presentation of the distant and impossibly well endowed Fitzwilliam Darcy. The three comic characters, the hysterical Mrs. Bennet, Mr. Bennet (her long suffering spouse), and their aspirant cousin Mr. Collins, are performed with aplomb by the joyous Fiona Crombie, tall and talented Adrian Quintarelli, and outrageously peevish Darby Turnbull, bringing rich laughter from the crowd, these being three of the best comic creations ever written.This fine cast is backed up by strong performances from serious Elizabeth’s frivolous younger sisters, Azaleia Bradley as a strong Lydia, and a chrystalline Kate Ball as a new Mary. Anyone with siblings who shame will relate to lots in this story. The maritime rogue Mr Wickham is blithely played by aptly titled Conor Bashford. 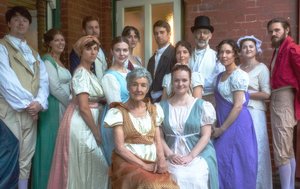 This presentation, where the cast serve you drinks, and food, who perambulate in pairs, darting in and out of the space much like people would have done at the Bath Balls Austen satirised, calls to mind Christmas season family fun, with performances by friends and family, with foibles and innuendo galore. The original songs with new lyrics by Sharmini Kumar and music by Daniel Hernandez are a real delight and offer moments of great pleasure to the audience. The company’s use of movement, posture and gesture, under the direction of Jacinta Scadden,  speak greatly on social position, agency, and public parade. It’s worth seeing the show for this visible inscription.

Not only is the performance culturally rich, it also offers nourishment. Four breaks in the reading signal the serving of food – scones with jam and cream, pork pies, scotch eggs, and sweets panna cotta and meringue are presented by Jess Butler.

This work pays special attention to the circumscribed position of women in Regency society and the modified script has many lines offering commentary or footnoting Jane’s own. This was a time  of no independent means of employment( unless you were from the lower classes), where marriage was both slavery and freedom- the ability to leave the family home only to be legally tied to the man you had chosen, or had been chosen for you, to marry. Writer and Co-Director Kumar has long turned her audiences’ eyes towards the marginal living women did in these worlds in her previous Austen work, 2017’s The Margins of Persuasion, with exquisite costuming, hair and period styling.

Join the company present a day of all this Austen Regency at their inaugural Austen Con event Saturday 15 December. 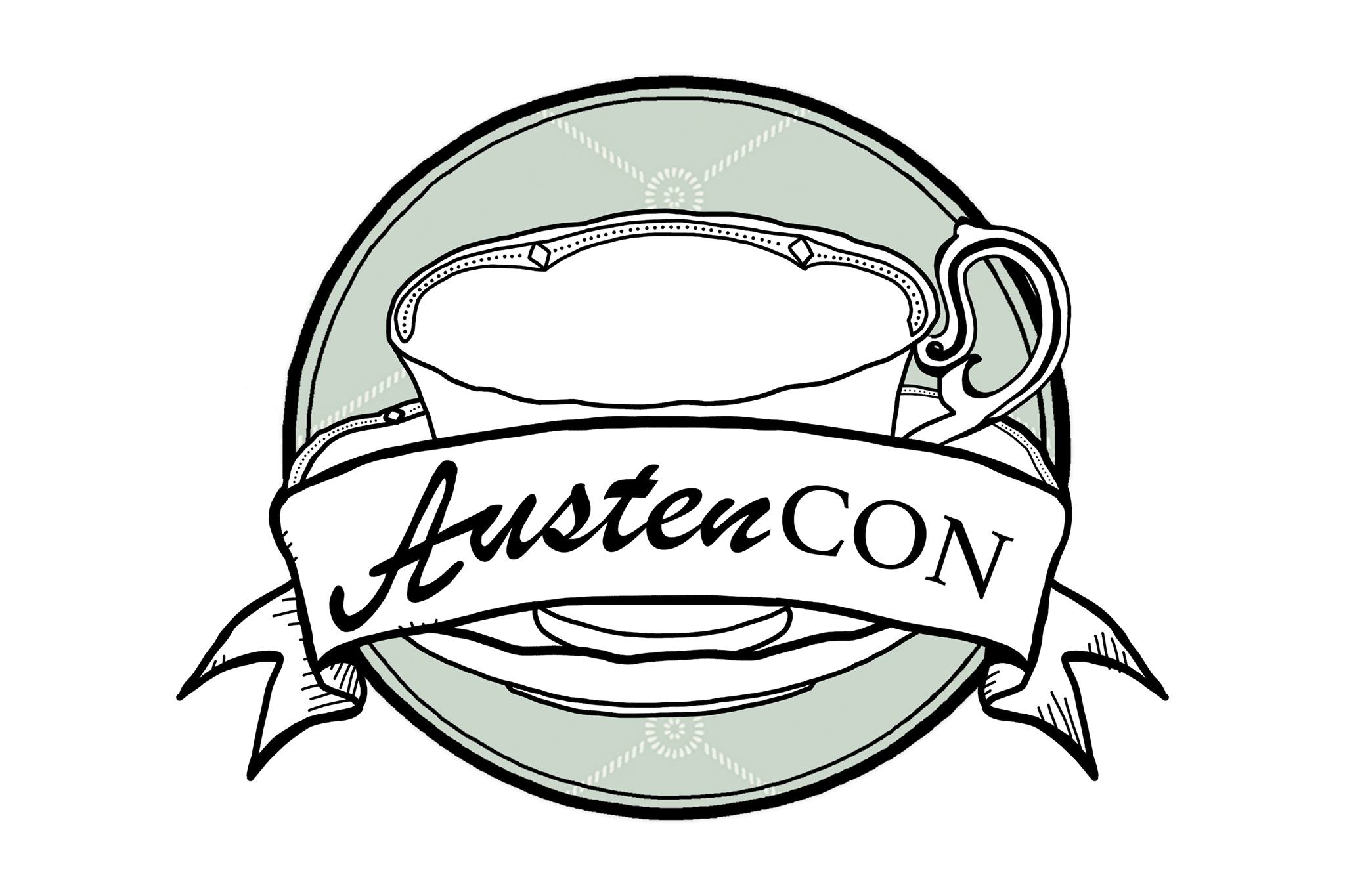 Second Impressions of Pride And Prejudice shows 12-15 December (90 mins with interval) at 7pm Wednesday – Saturday at Level 4, Queen Victoria Women’s Centre. Book tickets here. The venue is accessible via a lift. Approach via the rear.

Follow 24 Carrot here, or indulge in a day of all things Austen at Austen Con, December 15th at QV Women’s Centre, CBD.

Disclosure: The Plus Ones were guests of 24 Carrot Productions.