Tandem is the brain child of Gravity Dolls circus performer Tarah Carey in collaboration with talented acrobats Tim Rutty and Eleanor Beveridge. The show is an interactive board game come to life where players must attempt physical challenges inspired by retro video and board games. After an injury during rehearsals in 2017 forced the show to be re-scheduled, it went ahead in full steam at Chapel off Chapel this May.

This interactive show packs an entertainment punch! With the audience rolling the dice, the players must move around a giant board game through dance, circus acrobatics and a bit of madness. Games such as Mario Cart, Cluedo, Tetris, Operation and Mortal Combat (to name a few) are brought back to life through the effective use of recognisable tunes, simple props and of course some kick-ass circus tricks and charming acting skills.

Tarah Carey has a face of a million expressions and delights with her ability to transform herself from an overenthusiastic game show host to Super Mario himself or simply and even a Tetris building block. In true Gravity Dolls style aerial tricks like hoops, straps and rope as well as plenty of partner acrobatics see the talented players climb on top of each other, be suspended in the air and perform breathtaking drops.

The show succeeds in taking the audience back in time to the days when computer games were still a novelty and board games were a common passed time to bring people together through play. Tandem doesn’t take itself too seriously and stays lighthearted with an aim to delight and entertain. The interpretations of the various games are extremely creative and succeed in integrating the circus elements seamlessly – the transformation of an aerial hoop into a Super Mario coin was a stroke of genius! 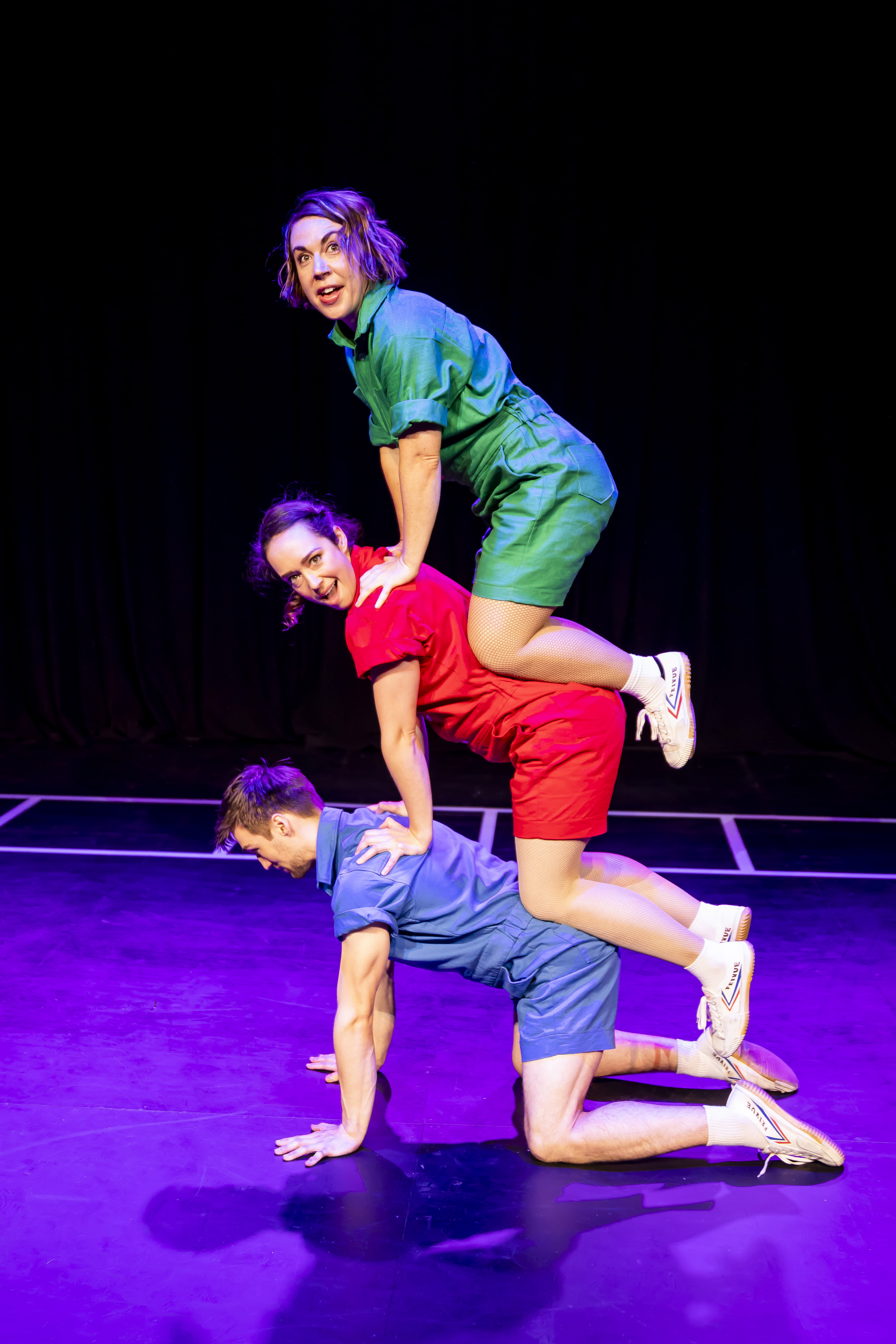 Considering that the stage set-up is very simple and the show relies entirely on the performers’ ability to transform the space through acting and their physical abilities, it is fair to say that Tandem is a great success. Circus and theatre combine beautifully and will hopefully continue to culminate in multifaceted shows like Tandem in an attempt to bring smiles and expressions of awe to the faces of young and old audience members.

– Claudia
Claudia B. is a German/Kiwi graphic designer and illustrator who has been living and working in Melbourne for the last six years. She enjoys a good glass of scotch and the occasional pole dancing class. Claudia also helps donate proceeds from www.notthispussy.com.au to charities in support of women’s rights, refugees and climate change.

TANDEM runs 1 May – 6 May 2018, at Chapel off Chapel.
The venue is wheelchair accessible.