Traditionally Australians don’t celebrate Halloween. Culturally though, we are a society that takes up any excuse to dress up, have some drinks and a really good time. With this in mind, it’s little wonder that so many Halloween styled shows and events happen at this time of year.

The Carnival of Lost Souls is a touring variety show unlike any other. Described as a “gothic musical circus”, the Lost Souls include acrobats, an illusionist, aerial artists, singers and even a live guitarist. What sets it apart from other shows is the lavish Tim Burton-esq Victorian Gothic and Steampunk-inspired costumes, stage design and makeup. 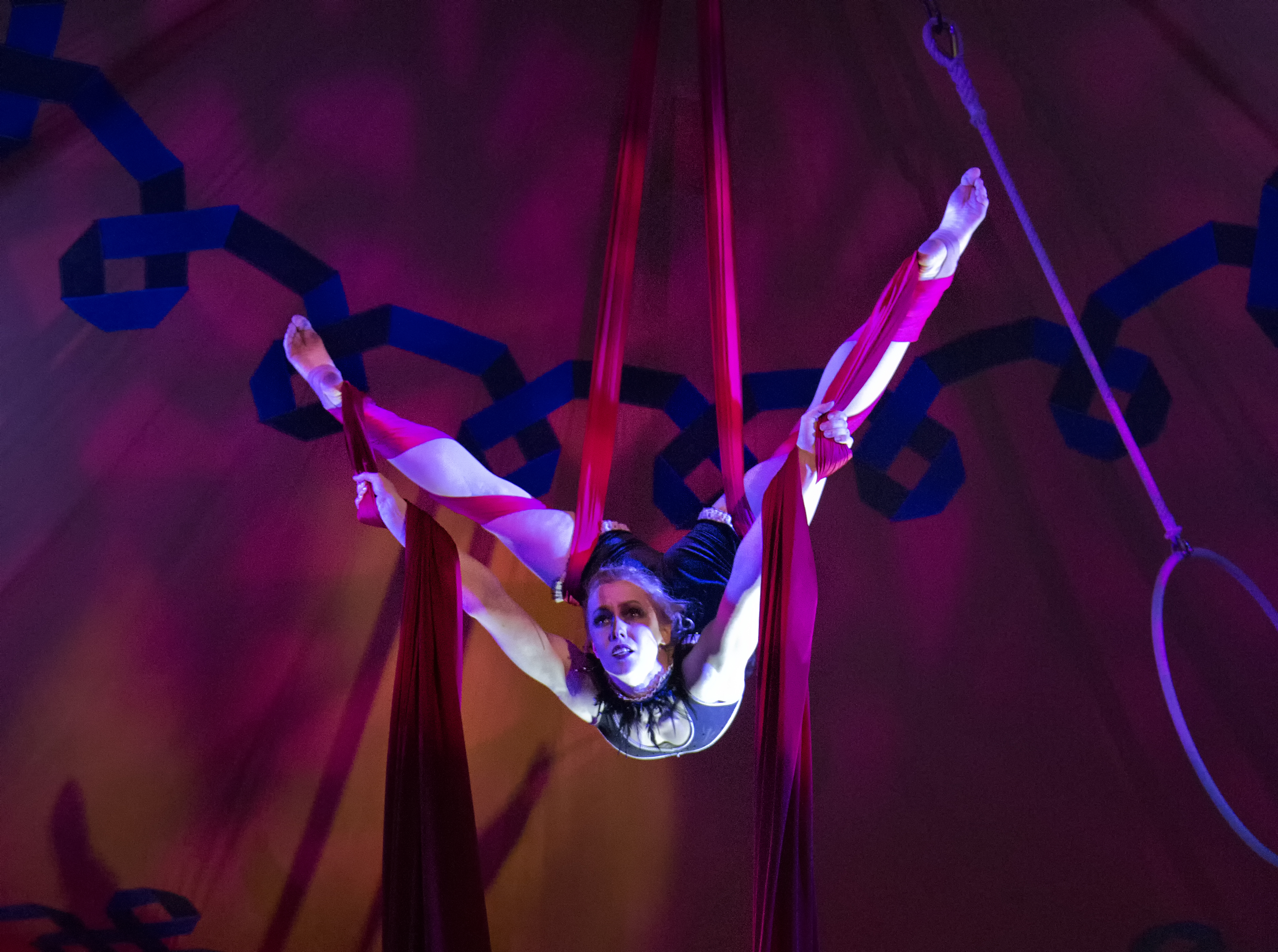 Written and produced by the founder of Gangster’s Ball, the show’s gorgeous design and eye for detail is a perfect fit within the mirrored splendor of the Melba Spiegeltent. The original and haunting musical score perfectly sets the mood. Channeling Johnny Depp in his finest Tim Burton film, musician Simon P Storey kept a pursed lip and an eerie guitar strum throughout the entire show in his elaborate Ringmaster tailcoat and skeleton adorned top hat.

Acrobat Caz Walsh had the audience holding their collective breath with an elaborate balancing act. Later on in the show she became a human skipping rope and performed nerve-wracking mid-air flips. The three muscle men carnies (This Side Up) balanced on chairs, poles and even each other. 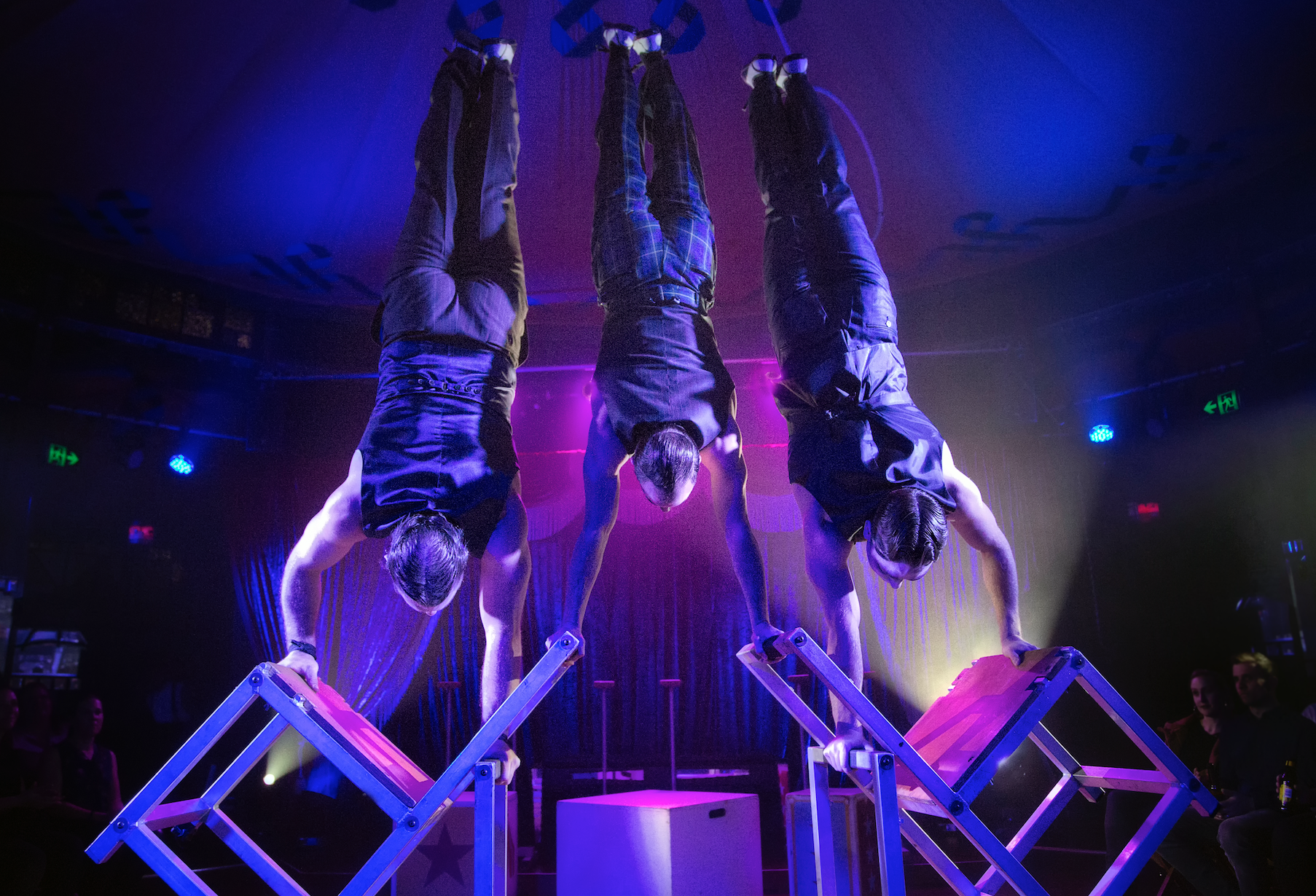 Aerialist Hannah Trott climbed high into the tents peak with her wonderful curtains performance. One of our highlights was The Magician (Richard Vegas), who levitated a table around the stage (we are still wondering how he did it).

The Carnival of Lost Souls is a wonderful burlesque variety show with a great balance of acrobatic feats, lovingly crafted costumes and eerie gothic rock soundtrack. Witness the weirdness for yourself.

The Carnival of Lost Souls is touring Australia with limited shows in Melbourne between the 19th – 28th October 2017. Buy tickets now.
The venue is accessible.

Disclosure: The Plus Ones were invited guests of Encore PR.
Image credit: The Carnival of Lost Souls