CHE is the third instalment for executive chef Alejandro Saravia and his team, who are behind city establishments San Telmo and Pastuso. Whilst his latest offering it is a much more casual endeavour, the simple menu does not compromise on taste. The inspiration comes from a combination of the highly held Australian staple of chicken and chips, and Alejandro’s native homeland of Peru. CHE stands for Chicken, Helados, Empanadas, three peruvian staple foods.

The focus is spotlighted on these three main menu items. First is their 48 hour chilli and dark beer marinated BBQ chicken that comes alongside some perfectly crisp hot chips covered in their house-made chicken salt. Next is a range of empanadas filled with a choice of corn and cheese, smoked beef, or marinated chicken. Finally, a mountain of helados, which is a dulce de leche soft serve that can come straight up or smothered with toasted macadamia, blueberries and malbec infused syrup. 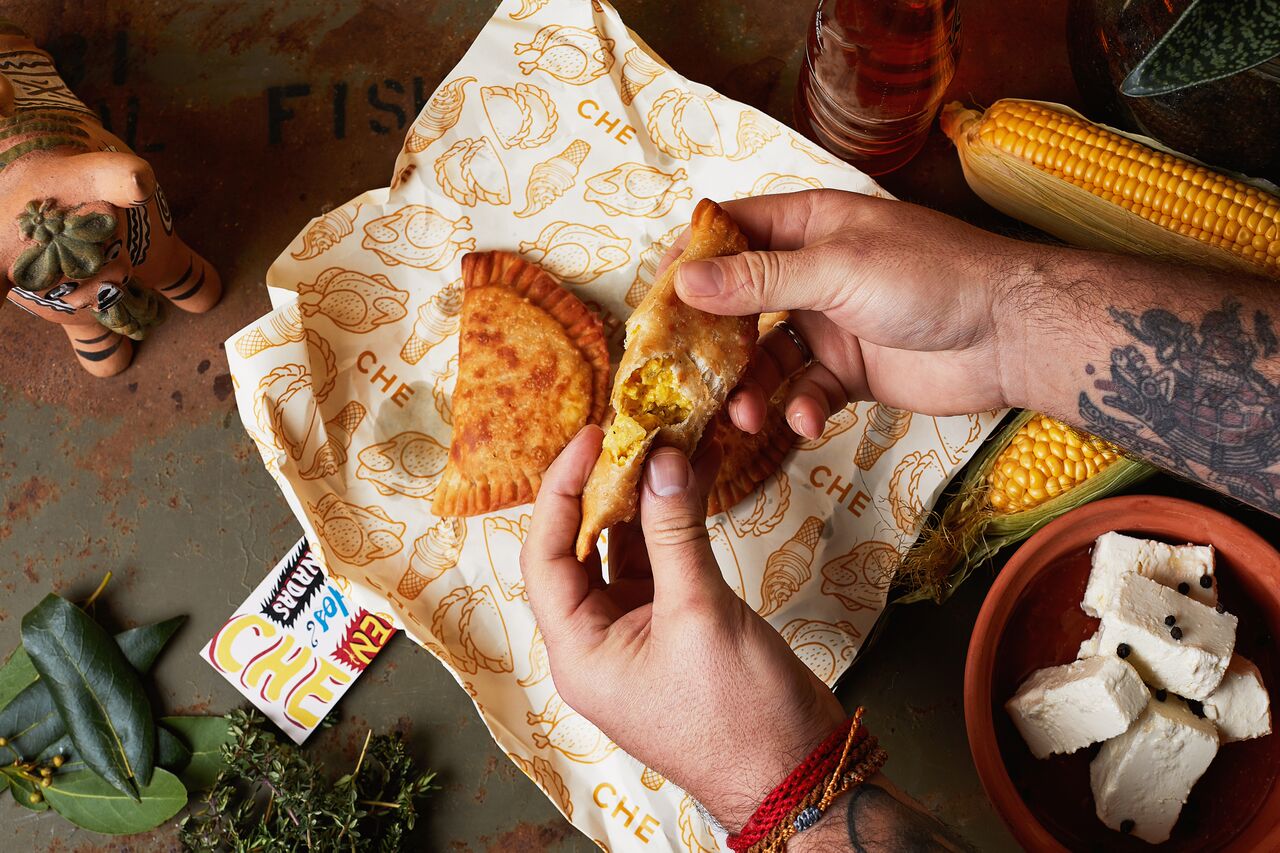 My plus one and I had the chance to sample the whole menu, and our favourites were mutual. The chips took out first prize, the attentive waitress confirmed that the chips are smothered with a salt made with dried BBQ chicken skin which creates a flavour reminiscent of your local takeaway shop, but oh so much better. Our second love affair was in the form of the frozen heavenly delight of the helados, which had us both planning to come back on the weekend for another serve.

The night was also fueled with delicious alcoholic drops, which feature the much loved Malbec varietal. CHE is open now, and we recommend you get down and try it out before the crowds get hold of the secret. The chicken is to-die-for, and the chips will take you heaven.

-Brenton
Brenton Spink is a social Melburnian who loves a good feed, drink, dance, and other related shenanigans. Find him on Instagram at @SoSpinky.

Disclosure: The Plus Ones were invited guests Zilla and Brook
Image credit: Fiona Brook (Zilla & Brook)

Rama Nicholas in The Lucky Ones – Melbourne Fringe Festival