With over 100 performances under their belt, Underground Cinema (UGC) has honed the art of tease and surprise. With the intension of “Taking cinema out of the cinema” the UGC crew screen films in secret locations in Melbourne and Sydney and immerse their audiences with pre-show entertainment.

The evenings are immersive and take you back to your childhood when things were pretend, fun and a bit magical. With such a high level of interaction and attention to detail, the Underground Cinema team have kept me coming back ever since. This time the initial title (and clue) was KINGDOM.

Closer to the day we were provided a few more hints: GENRE: Fantasy, DRESS: Medieval, BRING: The will to conquer, LOCATION: Secret North East Melbourne (the actual location is texted to you the night before). Inspired by these clues, we dug deep in our costume wardrobes.

Our venue was Montsalvat’s beautiful grounds, one of Australia’s oldest continuously active artists’ community and one of Melbourne’s must visit venues. Welcomed by a ‘wather welcoming pweist’ with a ‘vewy’ distinctive speech impediment, the movie was revealed (at least to us) – have you guessed it? Before entering the Kingdom we had to choose where our loyalty lied. Which country would we represent; Florin or Guilder? Who would we be in that land; The Brute Squad, a noble or a spy (obviously my choice)? 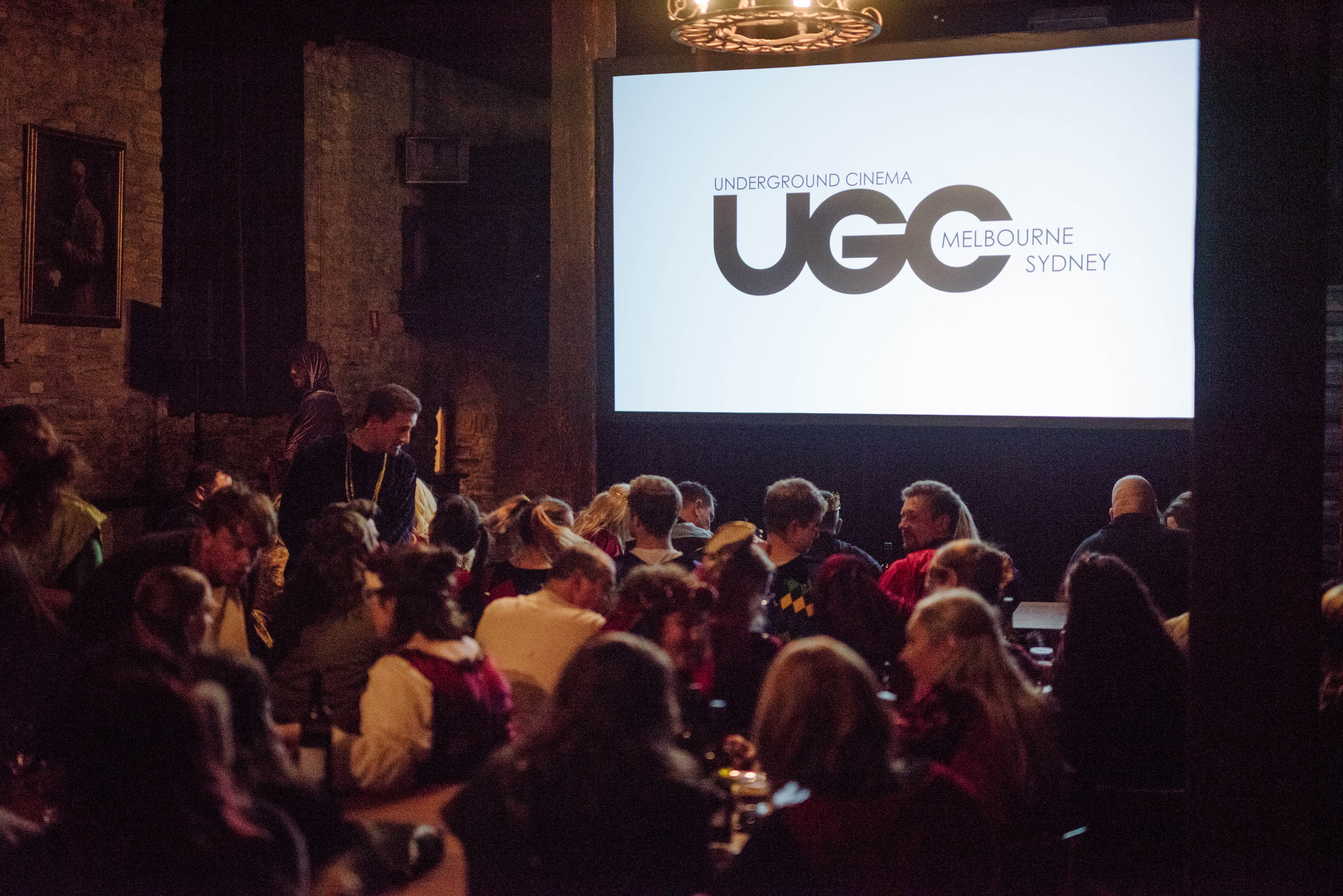 Set amongst Montsalvat’s rustic European gardens and buildings we nibbled and drank (mulled wine of course) while clustered around space heaters until the time was upon us and our missions began! For the next hour we ran about, mingling and making friends, interacting with each other. Everyone ended up at the final showdown before being taken to the main hall transformed into a cinema for the movie. As the titles went up, The Princess Bride beamed onto the screen to a more than willing audience.

UGC are masters of their craft and continually impress with their logistics, which they do in a different venue for every film. Whether it is transporting people to a venue or recreating live performances from the film, audiences become engaged participants and everyone is swept up in a truly fun and silly evening.

Duncan
Duncan was the most illegible bachelor in town, but times have changed, although he is still a purveyor of Melbourne’s surprising, quirky, and cultural events