Captivating physical theatre entertained with humour and skill on a winter’s night as part of Stonnington’s 2017 Glow Winter Arts Festival in If These Walls Could Talk. The work is set in an apartment within which a vibrant set of past tenants lives’ are recounted, both imaginary and real. Through a combination of slapstick, aerial work, circus skills (partnering, clowning, contortion, and ‘tricks’) and acrobatics, this onstage team deliver startling physical storytelling. This level of body confidence is a wonder to behold!

Creative unit and independent ensemble Dislocate Theatre Company are a mixed circus arts company active since 1998 and performers Luke Taylor, Geoffrey Dunstan, Director Kate Fryer, and Sam Aldham have honed this work to a high standard.Their experience shows on their bodies as well as in their work as an ensemble and in concept resolution.

The onstage performers speak a silent language- via the body- and they have utmost fluency. In subtle partnering, requiring acute attention, carrying another person’s weight, ascending above the set, or tumbling in somersaults on the floor, this team move as one entity, and, as they take their bodies to extremes, our minds follow! The plot lines are as imaginative as the moves. 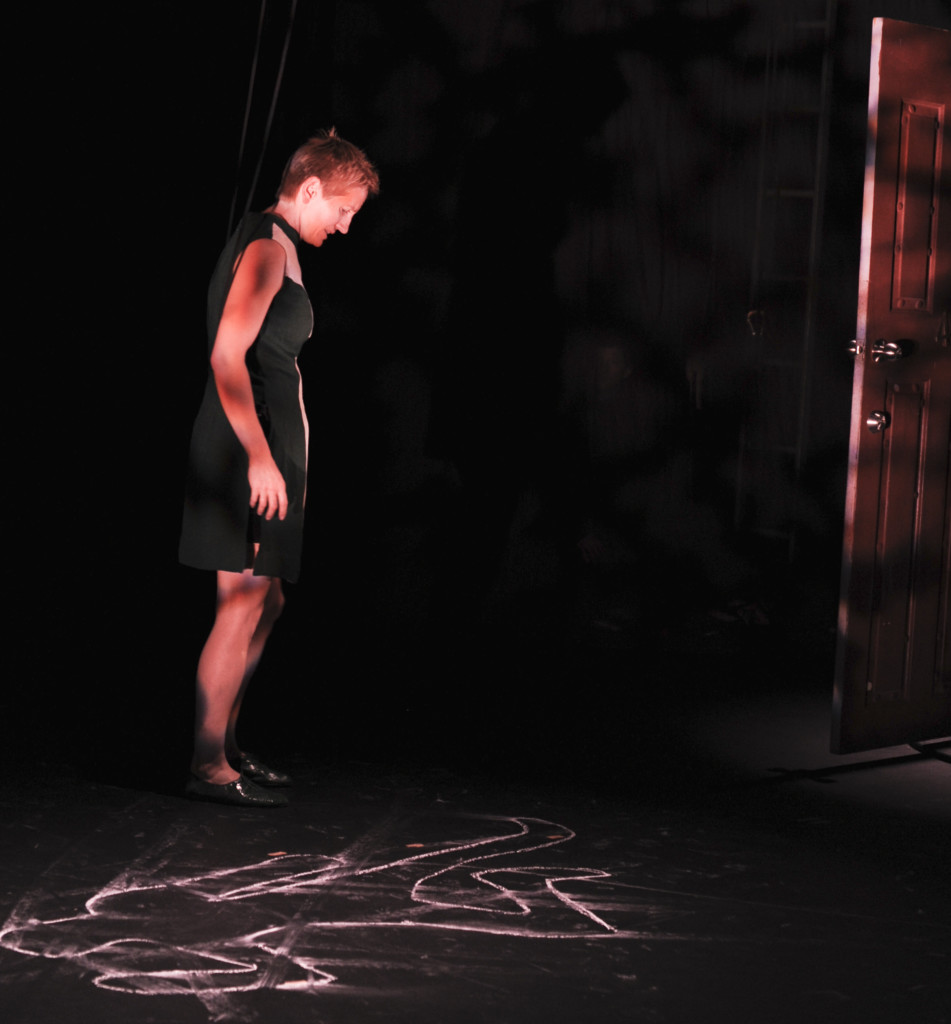 The stories about past tenants is the framework to showcase their performance excellence. Characters include an elderly couple, whose life together is embellished in interaction. The intimate personal language of their history is visible, seen in gentle transactions, such as the sharing a pot of tea, or waltzing with a radio tune. We are enveloped in their interior lives as we are in each of the characters’. Excerpts feature ghosts of ex-partners and of unrequited infatuation. Each story segues seamlessly and are distinct yet unified. A few stories stray to darker thoughts, such as of self-harm, but this is balanced by comedic interludes. The audience mostly gasped or laughed audibly, but was touched by deeper aspects of the character’s stories.

Costumes are colourful, set in different 20th century eras, as well as being workmanlike- ready for action!  The fantastical is interwoven in the everyday, and the set itself is a marvellous creation all of its own, also worth the ticket price! It is completely a prop for the athletic acrobatics, reminiscent of famous 1930s musical film sets where ordinary surfaces assume magical qualities as cast jump on and off, through, under and above, its properties.

In a zone where risk is fun, the performers slide across table tops, jump up onto each other’s shoulders, slide along the floor, flip upside down, walk on their hands, and jump through windows and down chimneys. We’re treated to phenomenal acrobatic highlights such as a door scene unlike any you’ve ever experienced –  swinging 180 degrees through all planes, and across a range of angles, an actor acrobatically ‘dances’ with the frame.  In one breathtakingly beautiful moment, Fryer swings in concentric aerial circles high above the floor, extending an idea about freedom and strength into animation. The company’s expertise is in the service of the stories as well as revealing the possible- in life, movement, and theatre.

Physical storytelling allows our kinesthetic sense to come to life, freeing us to know the story via our felt selves as we simultaneously follow the ‘acting’. Dislocate present a top exemplar of physical theatre which masterfully holds our attention and wows. You will be amazed at the extent to which the body can act as narrator.

Disclosure: The Plus Ones were guests of Purple Media.
Image credit: Dislocate Theatre Company.

Film review: ‘The Square’ at MIFF