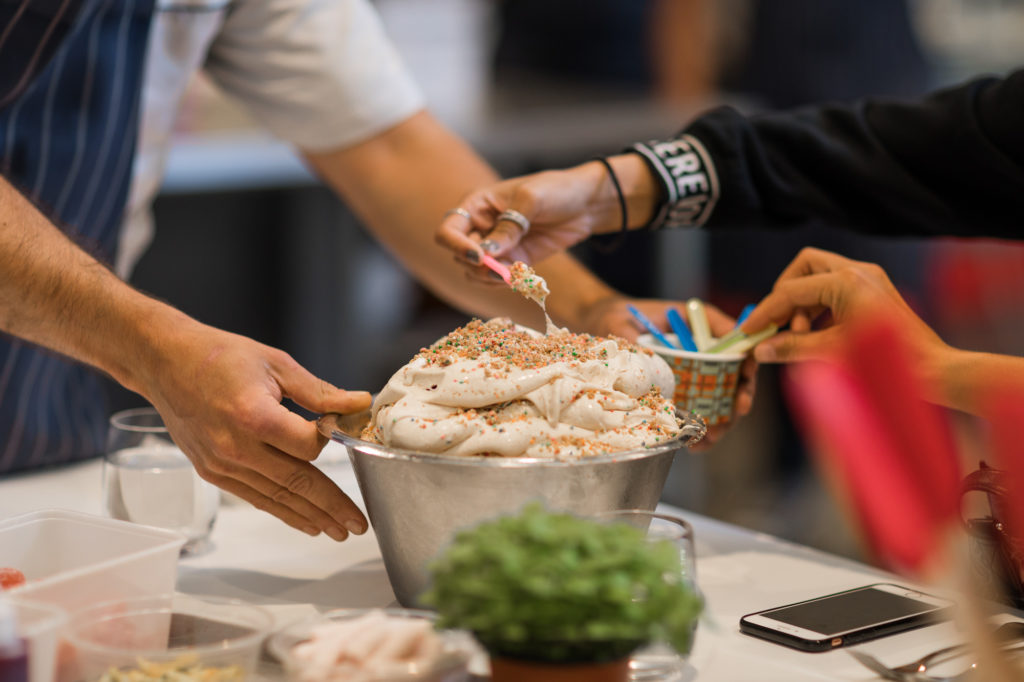 If there’s one thing most Melburnians can agree on it’s our common, undying love for Gelato Messina. From their experimental weekly specials with witty names to their hilarious ads featuring customer voicemails from New Year’s Eve, the company’s light-hearted sassy sense of humour resonates well with most Melburnians.

We took our Messina love to the next level at their Gelato Appreciation Class in Fitzroy. Two and a half hours packed full of gelato education, gelato making demonstrations, tastings, and a five course dessert degustation. 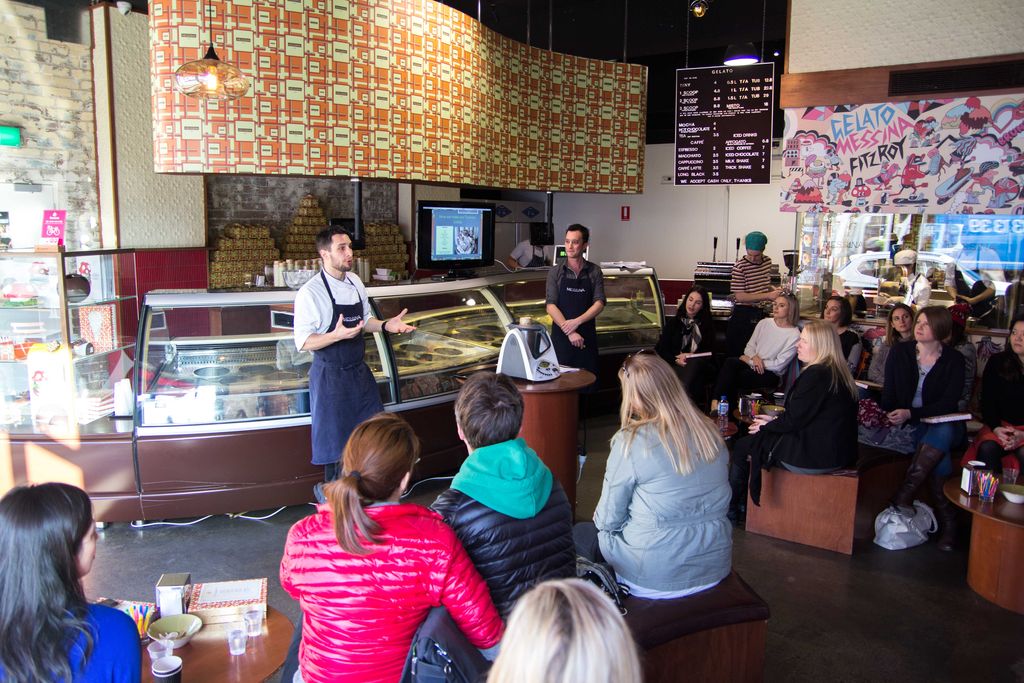 Messina is all about experimental and exotic flavours. Poached apple sorbet with Jerusalem artichoke foam, toasted soy milk gelato, and yoghurt gelato with rhubarb consommé were part of the degustation. My favourite dish was ‘Ramen All The Good Stuff In,’ a ginger soy gelato atop homemade sweet rice noodles and a chai tea broth. It looked and tasted like a hot and cold sweet ramen soup.

In-between degustation courses, I even got to try my hand at making tiramisu gelato! Let’s just say, I will not be changing careers anytime soon!

The entire experience was a sensory overload, and we learned more about gelato than we could have ever dreamed of. 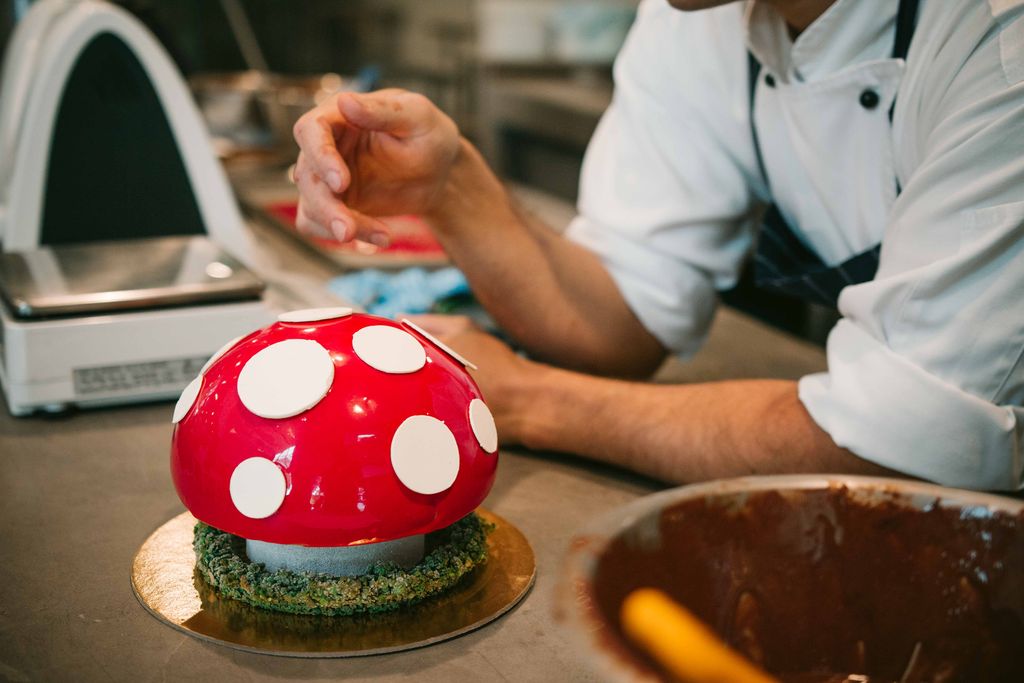 Not only is Gelato Messina a vocal and creative marketing company, they have some amazing brand ethos. Using the best quality, freshest ingredients is their top priority. Rather than buying brownies, yoghurt, or tiramisu to flavour their gelato, everything is made in house. They’ve invested in and even purchased their own farms in order to obtain the best eggs, milk, hazelnuts, and other produce! They use organic ingredients when possible, and travel globally to source and meet the best produce suppliers.

Gelato Appreciation Courses are hosted in Melbourne, Sydney, and Brisbane every few weeks. You can view upcoming courses on their website.

Disclosure: The Plus Ones were invited guests of Gelato Messina.

Best of August: What to see, eat, drink, and do