If you adore music and performance, and want to witness an inspired demonstration of pathos, Opera Australia’s double bill of Mascagni’s Cavalleria Rusticana and Leoncavallo’s Pagliacci is a must.

These two distinct operas are weaved together through setting, character, and emotion to create a sublime musical experience.

The operas are set in the same rural Italian village in the 1980s with a recurring cast of characters preparing for Easter as the backdrop. The two storylines cleverly and seamlessly bleed into one another, with a great deal of subtle detail and subtext that brings the production to life. 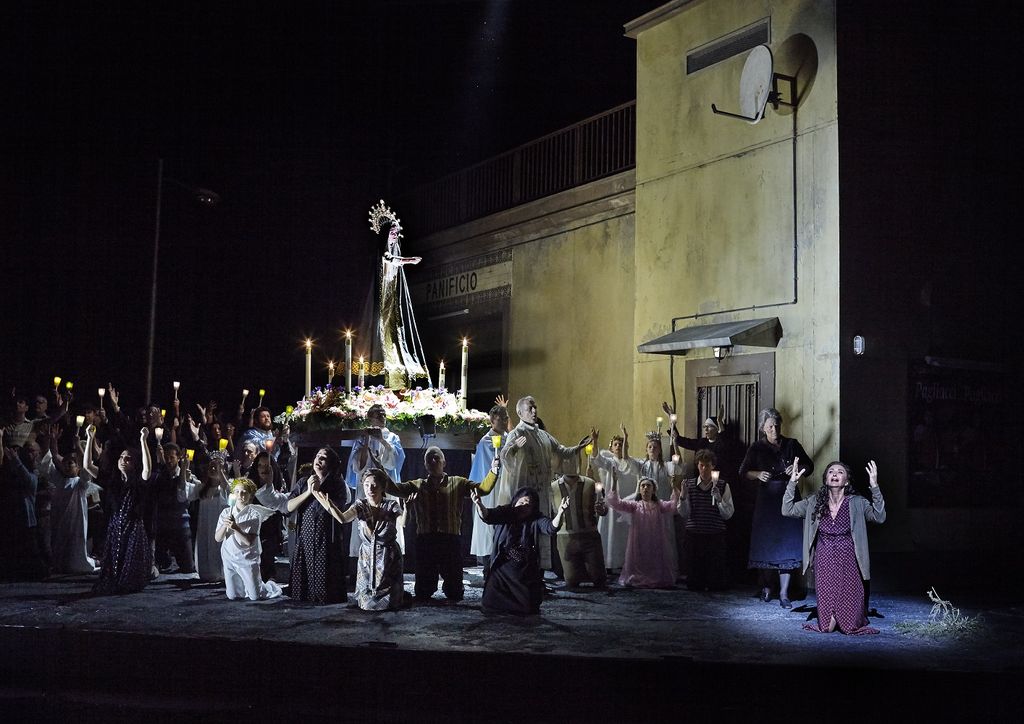 Cavalleria Rusticana opens as it ends: a freeze frame of a bloodied man’s body lying centre stage, surrounded by villagers. An old woman arrives on the scene, only she is animated as she cries over the body. Her anguish is palpable. Over the next hour the story replays the events leading to that moment.

In Pagliacci, a troupe of travelling actors arrive at the village. Among the newcomers, Nedda feels trapped by her husband Canio and dreams about abandoning his deep tragic love. When Canio learns of her plans to run off with another fella, his madness that ensues leads to one of the most recognised and moving arias in opera, Vesti la Giubba, and follows through to a gripping, terrifying, heart-wrenching finale.

Everyone involved in this production must be applauded. There are fantastic performances by José Carbó and Anna Princeva, but of particular note is Mexican tenor Diego Torre, whose singing and acting in both operas is a magnificent tour de force. He moves audiences to tears, masterfully conjuring nuanced characters that are brutish, yet wretched and pitiful. 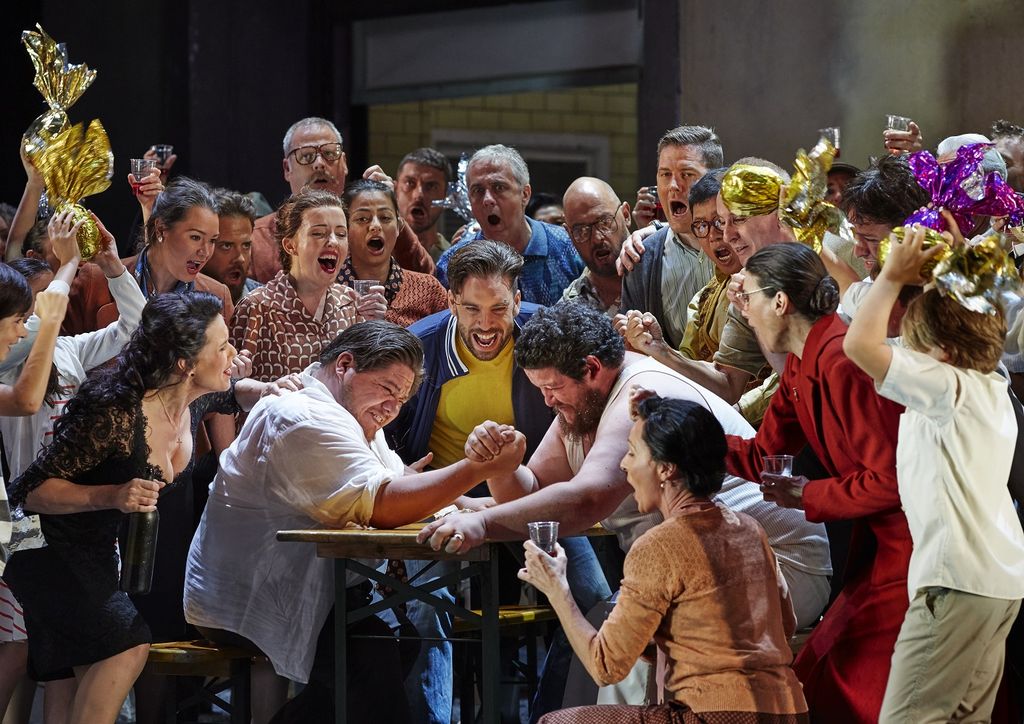 The cast is supported beautifully by the Opera Australia Chorus, led by chorus master Anthony Hunt, and Orchestra Victoria, led by conductor Andrea Licata. And elaborate rotating sets create a brilliant sense of movement, giving audiences the impression they’re witnessing all angles of the drama as it unfolds.

Beyond the music and performance, Cav Pag, as it’s affectionately known, gives a fascinating insight into the ‘the drama of real people’. Audiences will find this to be an incredibly moving experience.

Opera Australia has had some marvellous productions over the years. This is one of their most enjoyable.

Carmen runs 10–20 May 2017 at Arts Centre Melbourne (sung in Italian with English surtitles). Visit the Opera Australia website to book tickets.
The venue is wheelchair accessible.

Disclosure: The Plus Ones were invited guests of Opera Australia.
Image credit: Keith Saunders.