Director John Bell has created a vivid atmosphere to accompany the gorgeous score. Eye-catching costumes offer an explosion of colour and the detailed set has the romantic feel of a Cuban town stuck in a 1950s time warp. Crisp choreography brings even more life to the stage, including dazzling acrobatics from the children’s chorus, which leaves the audience gasping.

The tale follows the decline of corporal Don José, a naive provincial boy who wants to do good by his mum by marrying country girl Micaëla. Things are going well until the alluring Carmen gets into his head, the gypsy gal no man can resist. Though be warned, her love has a high turnover. Poor Don José falls hard for the fiery gypsy, for whom he’s willing to risk everything, but when her love for him inevitably wanes, his love morphs into murderous jealousy. 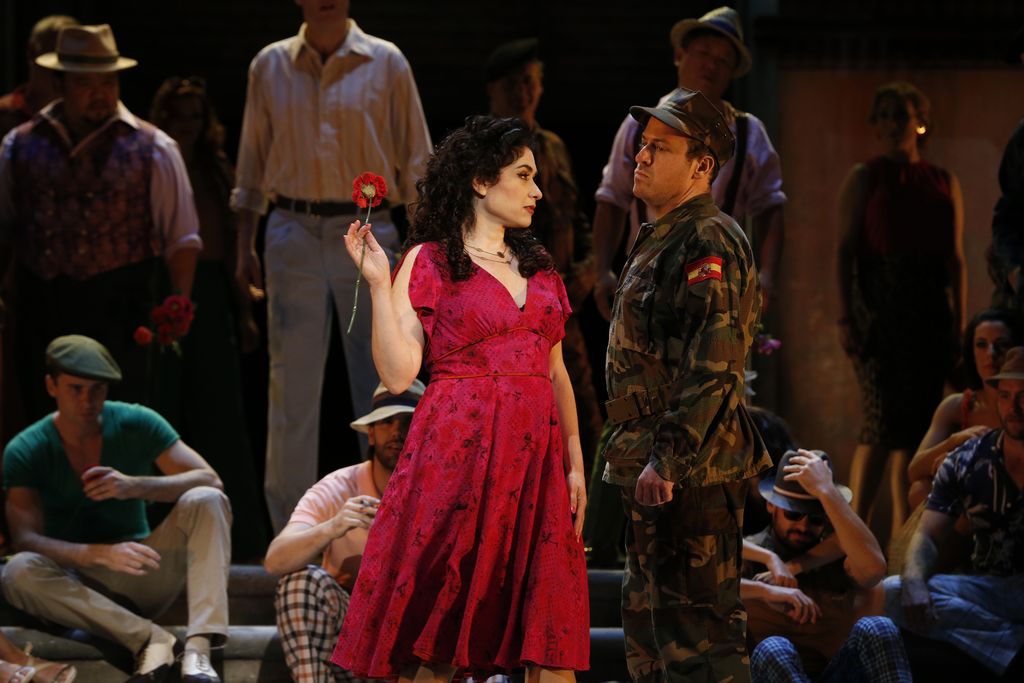 Israeli-born mezzo-soprano Rinat Shaham, a veteran performer of the eponymous Carmen, owns the role as an alluring temptress with seducing moves and confidence on stage. But the great surprise may be the exceptional performances by the more minor characters. Stacey Alleaume is magnificent as Micaëla, giving the role her all. Adrian Tamburini is a powerful Zuniga, and Jane Ede and Sian Pendry are superb as Carmen’s gypsy friends – all brilliant Australian talent.

Perhaps the greatest star in this production is the flawless playing of Orchestra Victoria, the instruments in sync like the parts of an elaborate timepiece. They are conducted exquisitely by Brian Castles-Onion and supported by fine choruses of adults and children.

Carmen is always a popular opera because of Bizet’s catchy and familiar arias, which you may recognise from vintage TV commercials, The Simpsons, or the singing orange on Sesame Street. But the entire score is exhilarating, including the delicious preludes to the four acts, all of which will have your brain swimming in dopamine.

No expense was spared in this grand production of Carmen, and it is well worth seeing for the music, performances and visual delight.

Carmen runs 4–26 May 2017 at Arts Centre Melbourne (sung in French with English surtitles). Visit the Opera Australia website to book tickets. The venue is wheelchair accessible.