It was a real treat to head to Loretta’s Bar for their ‘Smoke and Mirrors‘ event as part of World Class Cocktail Week. Loretta’s Bar is cosily situated within Bluebonnet Barbecue, Fitzroy North’s very own slice of Texas. As you would expect, the evening has a smoky flavour both from the venue’s warming fires to the fires to the cocktails themselves.

My plus one and I were lucky enough to try both offerings (very reasonably priced at $30) that had been specially prepared for the World Class Cocktail Week, the Rye Over Hudson and Curtain Call. 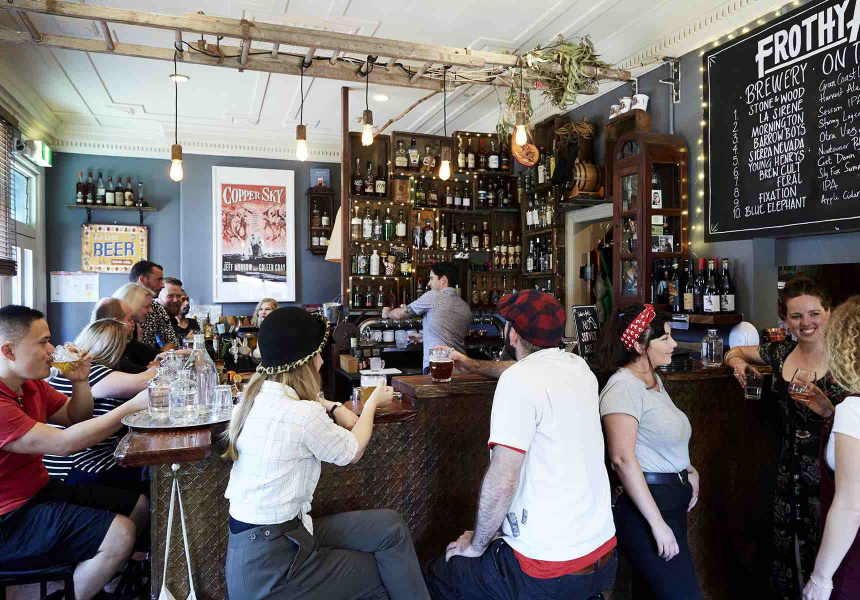 As Dan, our smooth-talking Scottish bartender and cocktail aficionado, explained, the Rye Over Hudson is ‘a smoky aperitif style whisky smash’. Thyme-infused Bulleit Rye whisky, home dried and smoked pineapple, and preserved lime are but some of the ingredients in this beautifully-created drink. The potential heaviness of the whisky or usual sweetness of pineapple are quickly mellowed by the smoky infusions, namely the thyme. It was literally smoking!

Paired with smoked bone marrow, fig and pear chutney, and ‘Texan toast’, this was an altogether excellent combination. It’s the perfect way to start the Southern style meals that are generously served (and available) or in isolation.

Although it seemed too early to then take the Curtain Call, that’s what we did. The Talisker 10-year single malt was treated with the respect it deserves, finding itself sitting alongside Bulleit bourbon, sweet vermouth, Campari Pedro Ximénez sherry, and the fabulous dark cocoa and coffee bitters. 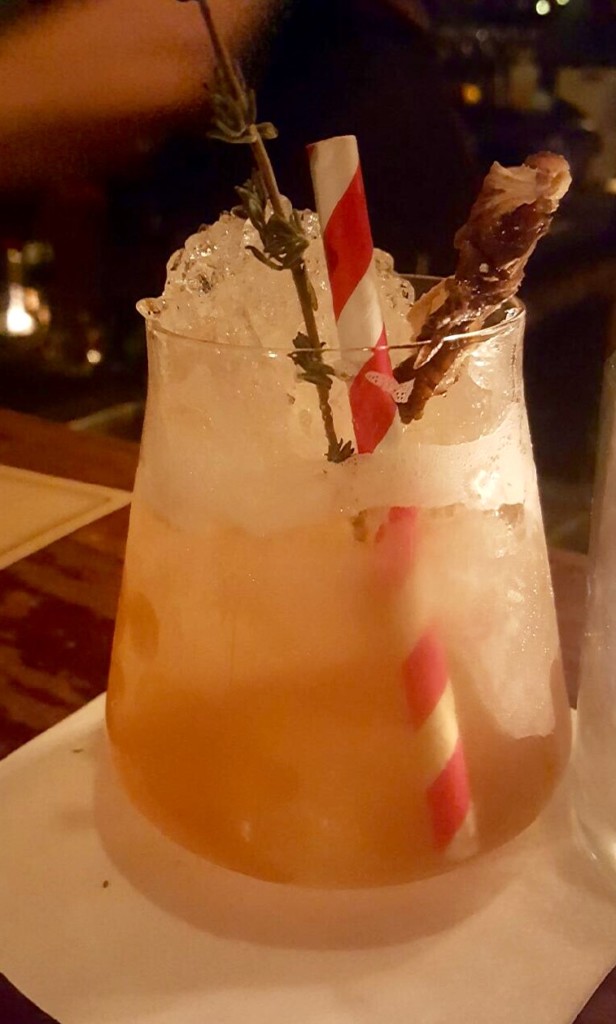 Again, Dan was on hand to explain how this visually simply yet complex desert cocktail nestled itself between a Boulevardier and a Rapscallion; or, more simply, ‘a Manhattan with a twist’. Alongside its accompaniment, the pecan pie with pepperberry and apricot ice cream, this would be a superb way to finish any evening. The Curtain Call’s tartness was swiftly offset by the sweet and creamy flavours that pecan pie and ice cream provide. Delicious.

The attention to detail was stunning, and everything you would expect from a World Class Cocktail Week event. The pairings were a real delight. The venue — especially the ambiance and warmth of the fires — was a bonus, and the food on the menu available would help anyone make a real night of it.

World Class Cocktail Week runs May 7-13 at various venues across Melbourne. If there was ever a time to have a cocktail, this is it.

Read our guide to the top events at 2017’s World Class Cocktail Week.