Melbourne has truly established itself as Australia’s food and drink capital. This autumn the city was the first outside of New York and London to host The World’s 50 Best Restaurant Awards, and then the Australian Distilled Spirits Awards followed the next day.

Next up is Good Beer Week, which is considered by many to be one of the best beer weeks in the world. It was with unparalleled glee that I opened the 2017 program to discover what adventures await 12-21 May 2017. 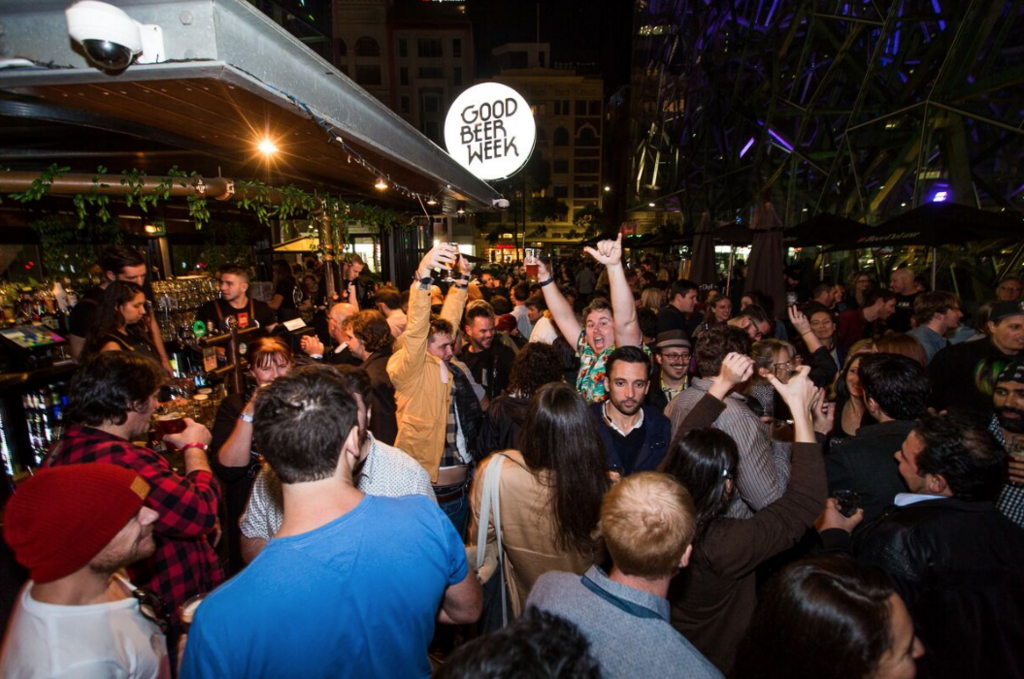 The Opening Night Party kicks off the rest of the fest with a bevy of joyous beer drinkers. It’s the only event on Friday, so everyone joins together (pre-hangover) at Beer Deluxe to raise a glass to a week of good times. Plus, the ridiculously fun Tarantino’s band are supplying the music this year. (I’m keeping my fingers crossed for a replay of Salma Hayek’s snake dance.)

Last year Hawkers hosted a pizza and movie night in their brewery. This year they are upping the ante with the Hawkers Brewery Circus. The unique show boosts an impressive list of performers who have worked for Cirque Du Soleil, Circus Oz, Circa, NICA and NIDA. Bring on the beer juggling!

The Plus Ones love a good value and there’s nothing better than ‘free.’ Last year Old Wives Ales’ New Brew was a fantastic way to meet up-and-coming brewers and sample their wares. Held upstairs at the Festival Hub, the casual event is an easy-going way to kick-off the first Saturday of the festival. 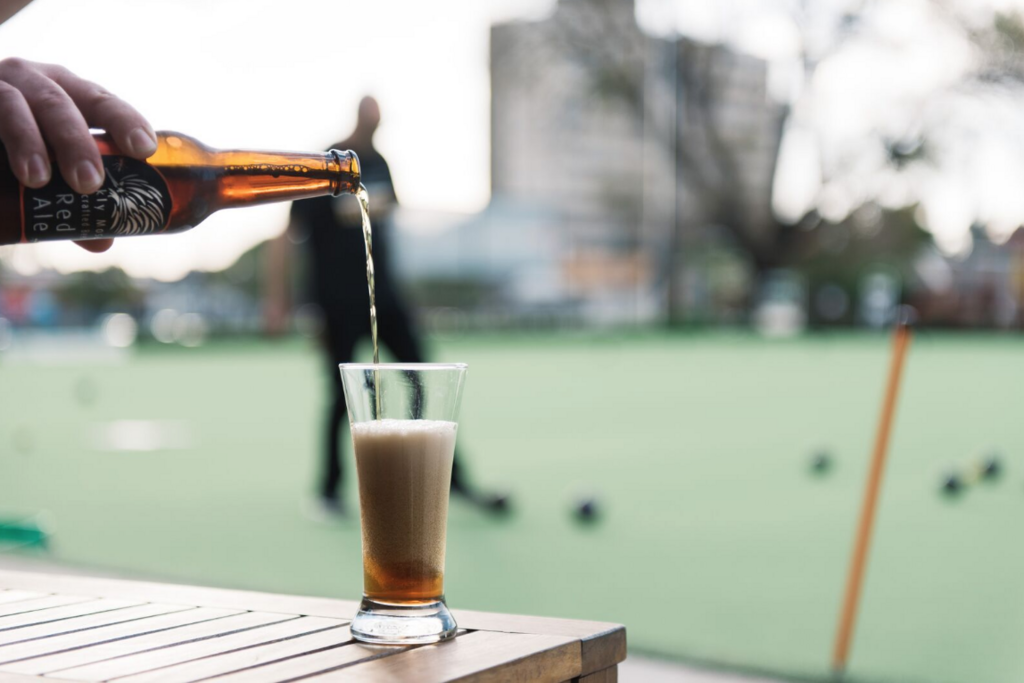 The Craft Beer Showdown series at the Terminus have been a highlight on The Plus Ones’ calendar all year. The championship smack down arrives for Good Beer Week, with four Australian breweries pitted against world class heavy weights Brooklyn Brewery (US), Wild Beer Co. (UK), Liberty (NZ) and Oskar Blues (USA). Last year, this writer attended 17 Good Beer Week events and Victoria vs the World was a standout.

Tins of Glory are getting sporty with their World Tinnie Hurling Championships. The event promises lawn bowls on steroids along with one helluva a good night. In more serious beer matters, Balter will be launching a brand new tinnie. (Their XPA has been making waves around Australia since it was released last year and came in at #4 in the GABS Hottest 100 poll.) A night of $5 tinnies and first in line to try a new Balter beer – everyone wins at this championship. 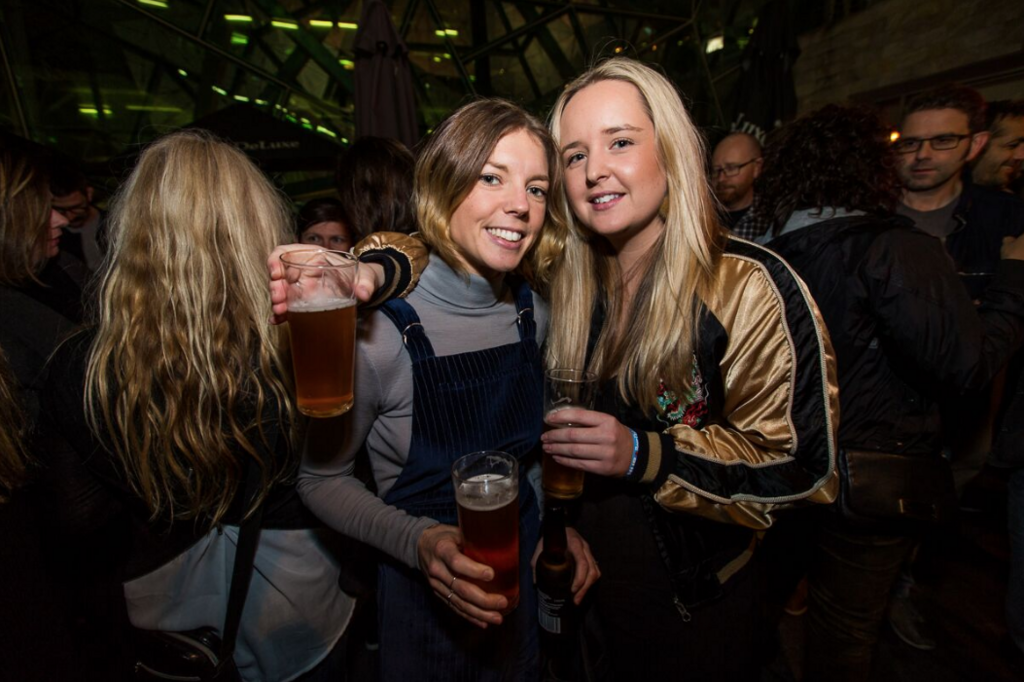 Beer cocktails are trending this year, with no less than eight different events showcasing these innovative creations. Keep an eye out for Jacob Grier, author of Cocktails on Tap: The Art of Mixing Spirits and Beer. He’s flying over from Portland, Oregon to mix up drinks at venues including Black Pearl, Boilermaker House, and Carwyn Cellars.

Pint of Origin can be an epic bar crawl or a casual drinking session. The best beers from around Australia and the world are showcased at hubs across the city. Venues will be pouring beers originating everywhere from Tasmania to Scandinavia this year. Make sure that a visit to The Catfish is on the list too. It will be the Oregon hub, as part of the Good Beer Mates program. Expect an epic tap takeover and a chance to meet Portland brewing legends.

Multiple breweries are capitalising on Melburnians’ love of all things coffee. 3 Ravens is offering pairings of chocolate, cheese, coffee, and beer for the ultimate serotonin rush. While Tallboy and Moose have matched up eight local brewers with coffee roasters to create unique beers brewed with coffee. 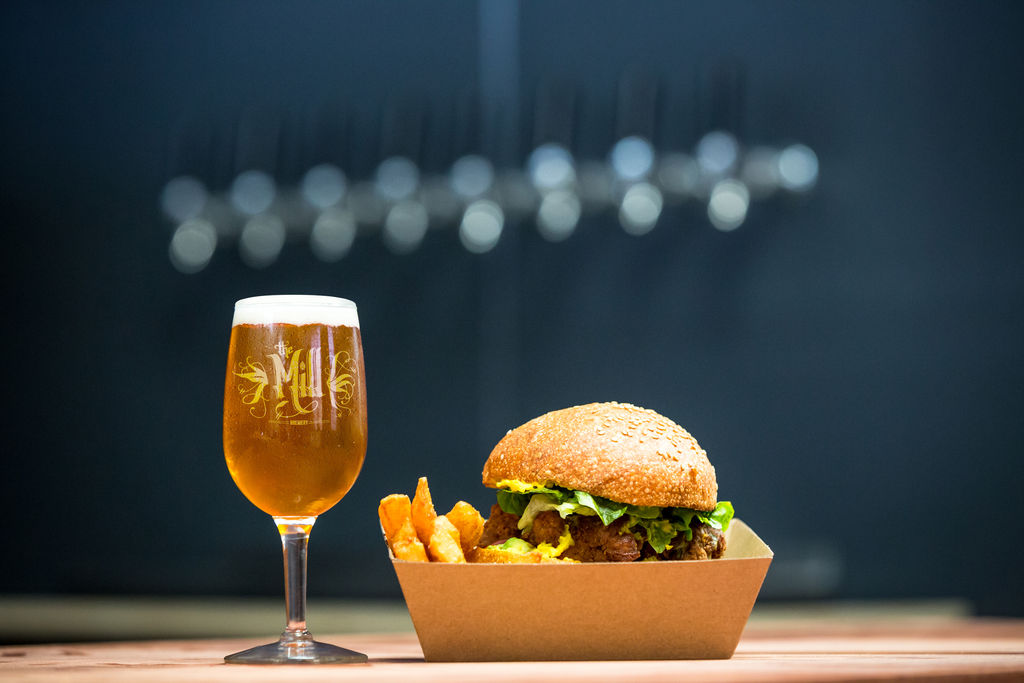 Wrap up the week with The Party to End all Parties. Hosted by the mad people at Moon Dog, this is the crew that trucked in ten cubic metres of beach sand for their New Year’s Eve party. At their Good Beer Week event patrons can expect ramen, Sumo suits, karaoke, and a keg of ‘Dutch Courage.’

The GABS Beer, Cider and Food Fest is a festival within a festival. For three days the Royal Exhibition Building is filled with container bars serving brand new beers from over 100 different breweries. Roving performers, musicians, and beer appreciation classes round out the entertainment. Also, there’s an indoor Ferris Wheel.

Good Beer Week runs May 12-21, with 270 events happening around Melbourne.