Partnering with Melbourne Museum, Sovereign Hill presented A Victorian Silhouette. This historical catwalk showcased copies of original Victorian daywear from the 1850s–1861, as part of The 2017 Virgin Australia Melbourne Fashion Festival. Adhering to patterns and construction methods of the day, the crowd lapped it up with rapt fascination.

Did you know our Victorian women’s dresses were two inches higher than European counterparts, to accommodate the new colony’s muddy streets? That to ‘pop out to the shops’ involved the assistance of up to two maids and 7+ layers (not including bonnet, bag, gloves and/or parasol)?

These marvellous fashion facts were shared by the Costume Department of the award-winning tourist attraction and outdoor museum at Sovereign Hill. 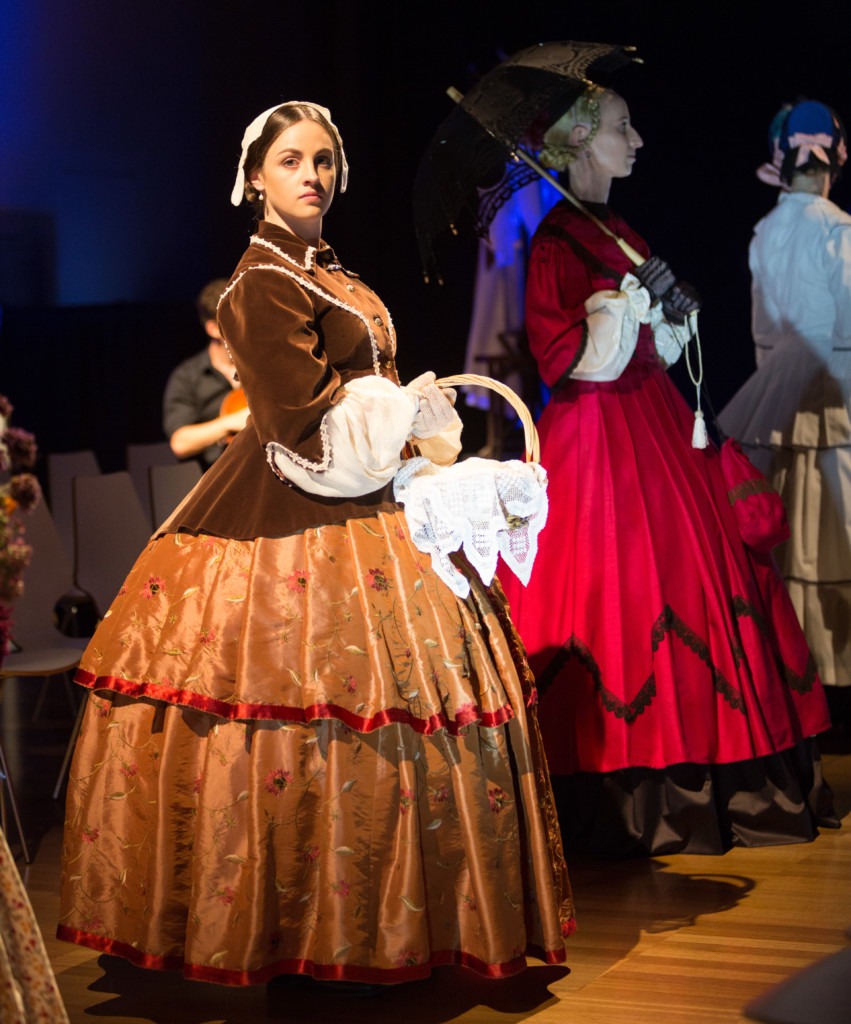 Demonstrating how the 1850s silhouette was built through undergarments, the parade commenced with a woman in her private boudoir dressing, layer by layer.  It was unnerving to see many attempts to tighten her corset to achieve close to the idealised 16-inch waist line.

Beyond petticoats, there were corsets — then wire hoop skirts, cotton undershirts, pantaloons, sleeves and smocks. For completion: a waistcoat and skirt of lush red tartan taffeta were lowered atop, producing audible gasps from the wide-eyed audience. 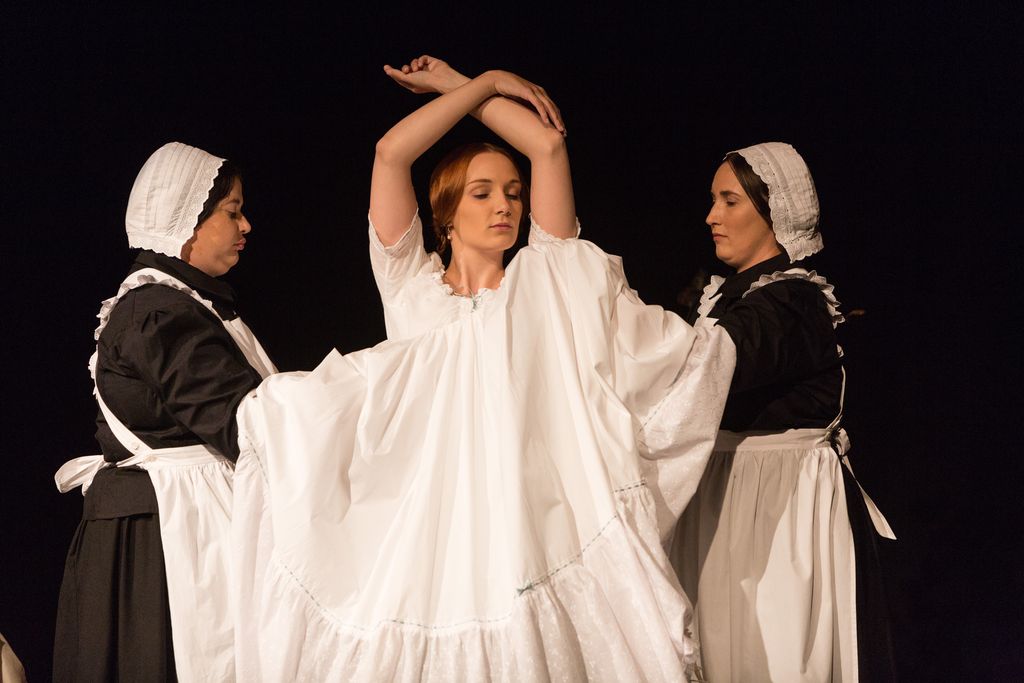 Paraded by politely unsmiling actresses, as befitted the era, a range of female body types were presented, even featuring a Victorian-era wedding gown with two flower girls in period style. The simple lines and puritan-like elegance made them like Bronte-esque caricatures.

Costumes were assisted by demure hairdos with centred parting, covered ears and looping plaits, all accentuating a woman’s neckline. 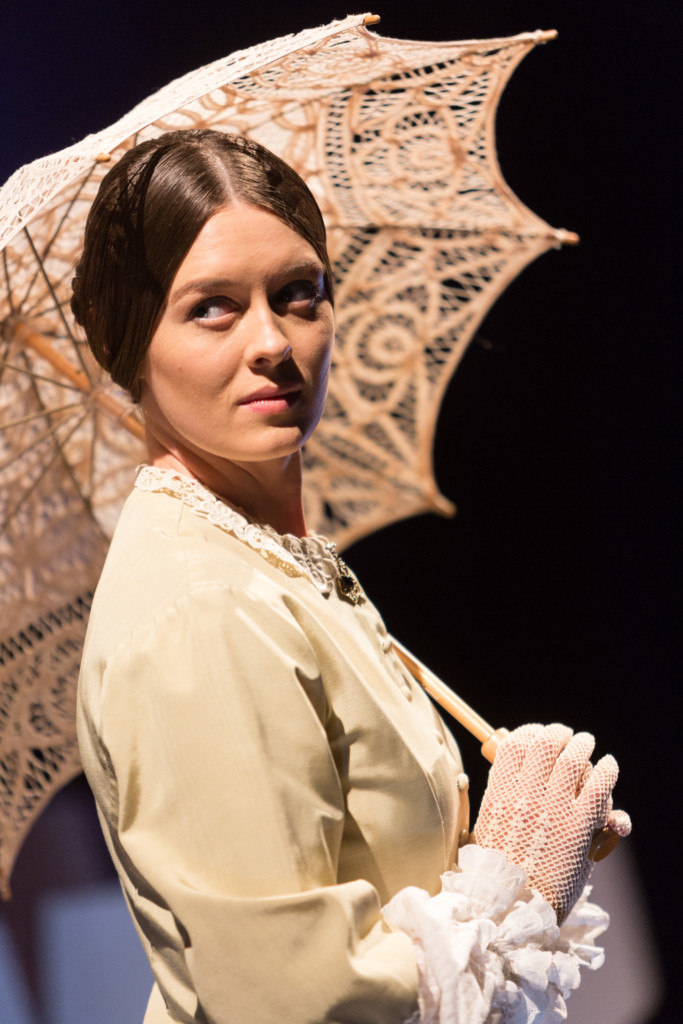 Fashions in the Goldfields sought to emulate their home countries and to replicate native social codes in their new home in Australia. A place people travelled to from all over the globe, where instant wealth was easily made, fashion reflected status changes. 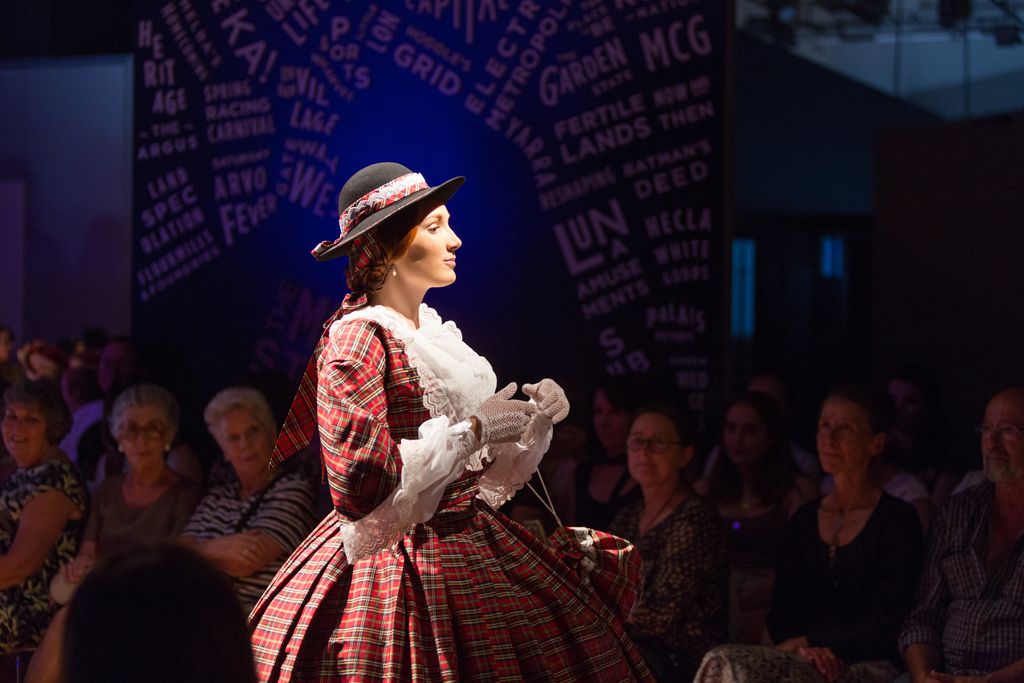 Interactive events like ‘A Victorian Silhouette’ give audiences a chance to witness the lives of real people who bustled about in our home state.

With live cello accompaniment, mood lighting, and Phar Lap overlooking the event, this combination of fashion, history, and performance was a total hit!

Read our guide to VAMFF, and view all our VAMFF 2017 coverage.

Visit Sovereign Hill in Ballarat to view their House of Lucas exhibition, running til 26 March.

Disclosure: The Plus Ones were the guests of AMPR.
Image credit: Museums Victoria.