Runways, parties, fashionistas — all the crucial elements of a great fashion week are coming together at the Virgin Australia Melbourne Fashion Festival (VAMFF). Running 1-19 March 2017, the city will transform into the style capital of the Antipodes.

Last year VAMFF moved to the Royal Exhibition Building, and the main action will be centred there. Head for runways and glimpses of celebrities. But it’s not limited to Carlton: stylish events overtake the entire city.

Read on for The Plus Ones’ top five picks of events at VAMFF 2017. 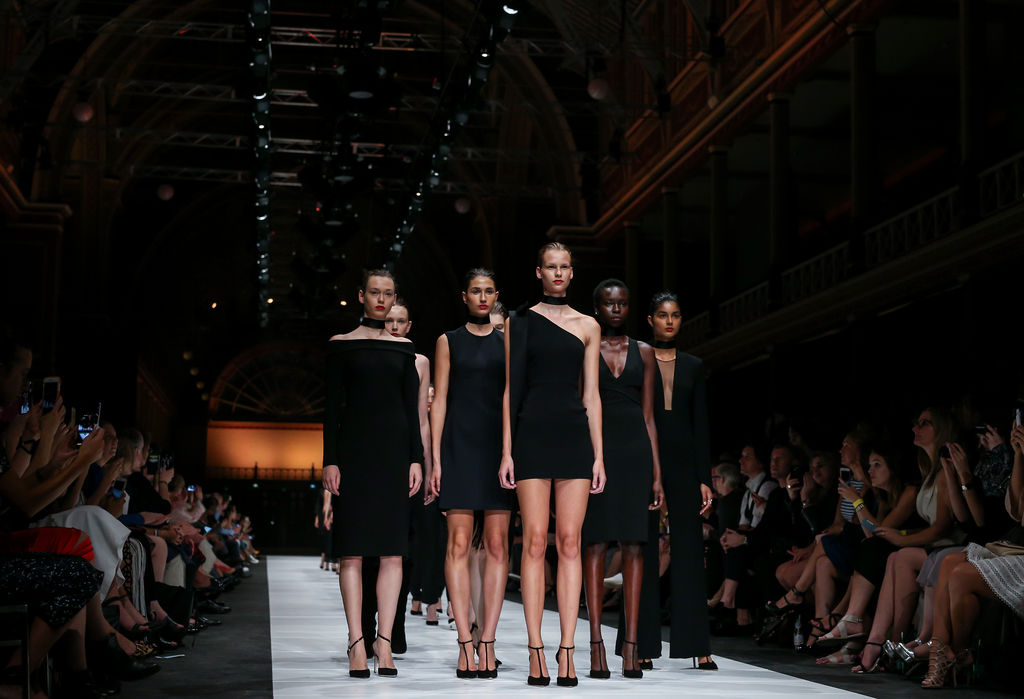 What’s a fashion week without a catwalk or two, dahlings? Get all dressed up and head to what’s billed as the ‘largest designer line-up’ at VAMFF this year. Presented by David Jones and Vogue Australia, this will be a time to dress to the nines. Plus you can use Shop the Runway to purchase everything you’ve just glimpsed on the models.

For the first time, Sovereign Hill — yes, the gold rush museum — in Ballarat is joining in with VAMFF. Melbourne Museum plays hosts to its stunning fashions from the 1850s, which models will don so you can get up close and personal. Expect everything from daywear to corsets to a wedding dress. And bustles. Lots and lots of hoop skirts and bustles.

We’re huge fans of social enterprise The Social Studio, and their parties never fail to rock. Their annual Block Party — complete with a runway, DJs, food, and dancing — heads to the new Collingwood Arts Precinct this year, so expect it to be even bigger and better. As if that’s not enough, they’re also part of the Soxhibition at fortyfivedownstairs on Tues. 7 March.

The luxurious surrounds of the Malvern Town Hall play hostess to the annual VAMFF High Tea. Part of Fashion Weekend in Stonnington, you’ll revel in the combination of delicious bites from Peter Rowland Catering as you watch designs from the likes of Leona Edmiston, OnceWas, DIIDA, and Megan Park.

Did someone say ‘live art’? Featuring winners from New Zealand’s World of Wearable Art (WOW), this is a spectacle of art, music, and performance. Bonus: they celebrate queer and differently-abled designers.  With some of Melbourne’s coolest underground designers, Tenfingerz’ party is not to be missed.

There are dozens more amazing events, spanning menswear runways to haute couture at the Immigration Museum. Take a look at the program and decide how you’ll turn your time into a celebration of fashion and style.

– Theresa
Co-founder of The Plus Ones, Theresa found it difficult to narrow it down to just five events out of this year’s amazing program.

Return to The Plus Ones throughout the week for more VAMFF coverage.

Disclosure: The Plus Ones were invited guests of AMPR.
Image credit: AMPR and VAMFF.

The Butterfly Club’s autumn 2017 season: The Plus Ones’ picks