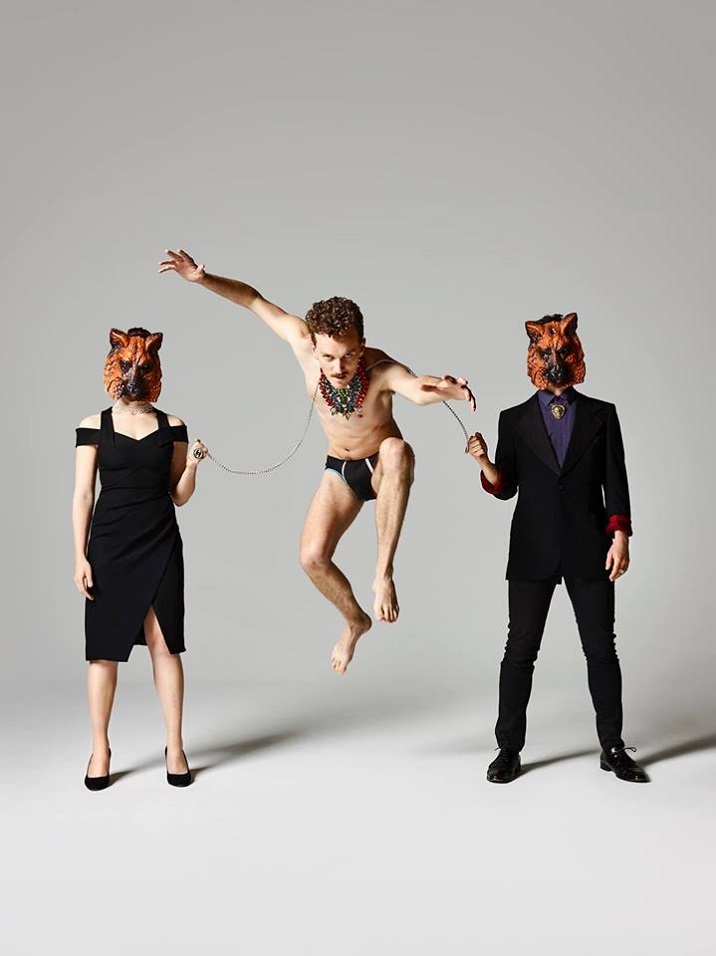 ‘What’s Yours is Mine‘, produced by independent theatre company Hotel Now, is intelligent and funny. Inspired by Chekhov’s The Proposal, ‘What’s Yours Is Mine’ explores the themes of greed, possession, ownership and excess throughout Australia’s history and popular culture.

The show references musical, political, social and cultural icons from Ken Done, Pauline Hanson, and Men at Work to our love/hate affair with gaudy gameshows.

‘What’s Yours is Mine’ is a forerunner in a current trend of theatre productions attempting poignant and satirical political commentary embedded in deceptively light storylines. The story follows three characters, played by Simone French, Hayden Burke and Tom Halls, who performed together in the 2000 Olympics. They meet again at a reunion. Then spontaneously embark on a cross-country trip to Uluru.

The play simultaneously managed to address relevant and precarious social, political and cultural issues with respect and gravity while keeping the audience laughing. The witty character portrayals allowed the show to explore themes that could have easily offended, at times skirting the fine line of caustic commentary with genuinely good humour and a balanced ongoing debate between characters that represented multiple views without it ever becoming so uncomfortable that you wanted to climb under your chair.

The clever staging, high energy, audience interaction and the incredible physicality of the cast keep the audience engaged and entertained from the moment they enter the intimate theatre space and left with plenty to reflect on after the show.

– Emmanuella
Emmanuella is a leading voice and performance coach who has worked and trained internationally. She is passionate about performers in all fields including music, fashion and theatre.

‘What’s Yours is Mine‘ runs 22 November to 4 December 2016 at The Butterfly Club as part of the Poppy Seed Festival. Purchase tickets now.

Disclosure: The Plus Ones were invited guests of Starling Communications.
Photo credit:

‘The Gathering’ at 45downstairs

The Pleasure Garden: The Plus Ones’ guide to Melbourne’s newest music festival