‘Anicca‘ is a performance that treads the lines in between performance art and music. Opening night was a musical experience that I have never encountered before. ‘Anicca’ was 45 minutes of intricate music produced by Matthias Schack-Arnott (who also directed and composed the performance) and Eugene Ughetti.

As a musical laywoman it’s hard to describe, but the music was produced through percussion instruments tapping and grinding against the variable speed-rotating instrument created by engineer Richard Allen.

Inspired by the relationship between Hindu and Buddhist thought, ‘Anicca’ is simply magical. ‘Anicaa’ allows you to forget about your daily tasks, study, and shopping lists. Your mind drifts as the performers play an intricate soundscape. 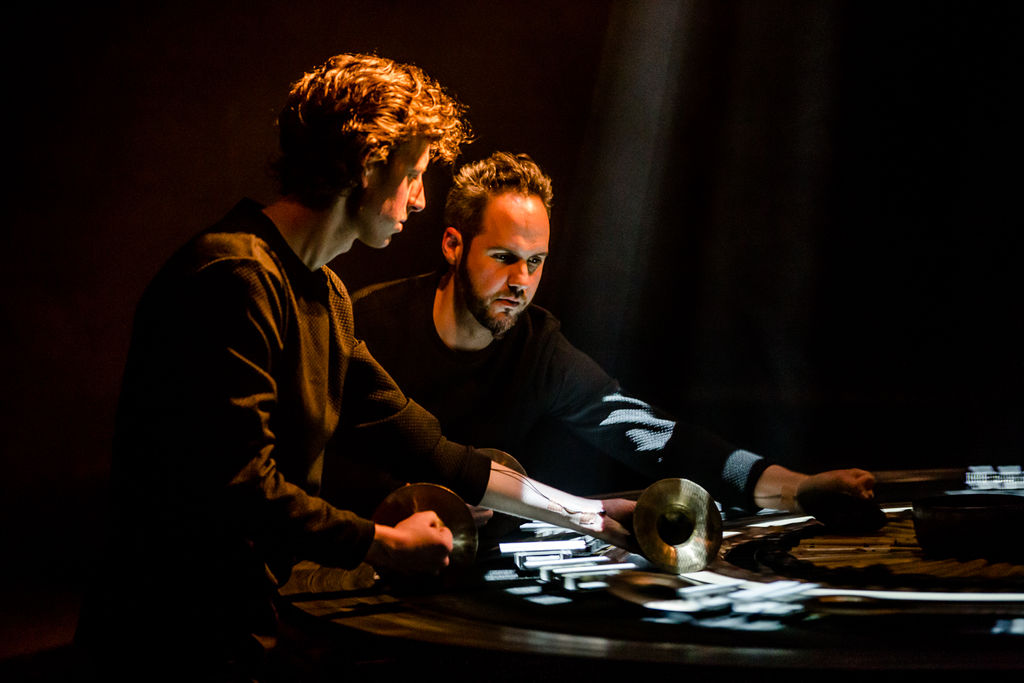 It is performance art that is as engaging visually as it is aurally. The spinning percussion table is almost two meters in diameter and the performers stand at opposite ends. This is where the adventure begins. Every movement entices you once you enter the trance. You begin to pick up on the movements of the musicians. Lights will focus on a small meditation bowl, and your eyes become fixated on that spot so that you can catch the exact moment when contact is made.

You start to question the material of the spinning table. Does brass on rock really make that noise? Are those pips metal or wood? And it isn’t until you’re halfway through the performance that you see that the table is not as unwavering as you first thought. Pipes fall out of place and symbols are discarded, not to be used again for a few rotations.

‘Anicaa’ is chaos and the musicians are actually working on an improvised basis. The transformation of the table takes audience members on a journey. Once the show has concluded you must go and take a look at the magical spinning instrument! 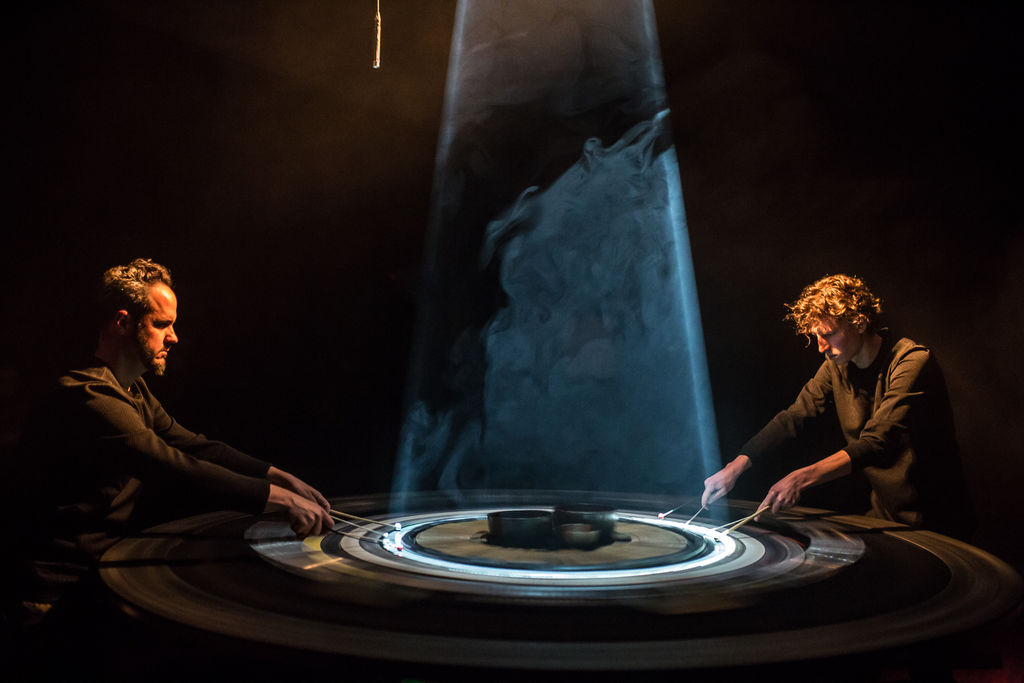 ‘Anicca’ is suitable for ages 10 years and older and from my experience I would recommend 15 years and above. If you enjoyed the music of this piece you may also be interested in ‘Tremor‘ by Ashley Dyer at Arts House later this month.

The design, precision and technique of ‘Anicca’ are evident throughout. Congratulations to everyone involved in this experimental masterpiece.

Disclosure: The Plus Ones were invited guests of Starling Communications.
Image credit: Bryony Jackson.

A glimpse into the Birdcage marquees at the 2016 Melbourne Cup