Donizetti’s telling of English history is quite faithful to the true account. Anne Boleyn has failed to provide Henry VIII with a male heir and, neglected by the king, she remembers happier times with her first love Richard Percy, Earl of Northumberland, whom she ditched in her ambition to become queen. Poor Percy has been miserable ever since the breakup; and now, having been recalled from exile, he’s unknowingly used as a pawn in the king’s cunning plan to stitch up Boleyn. 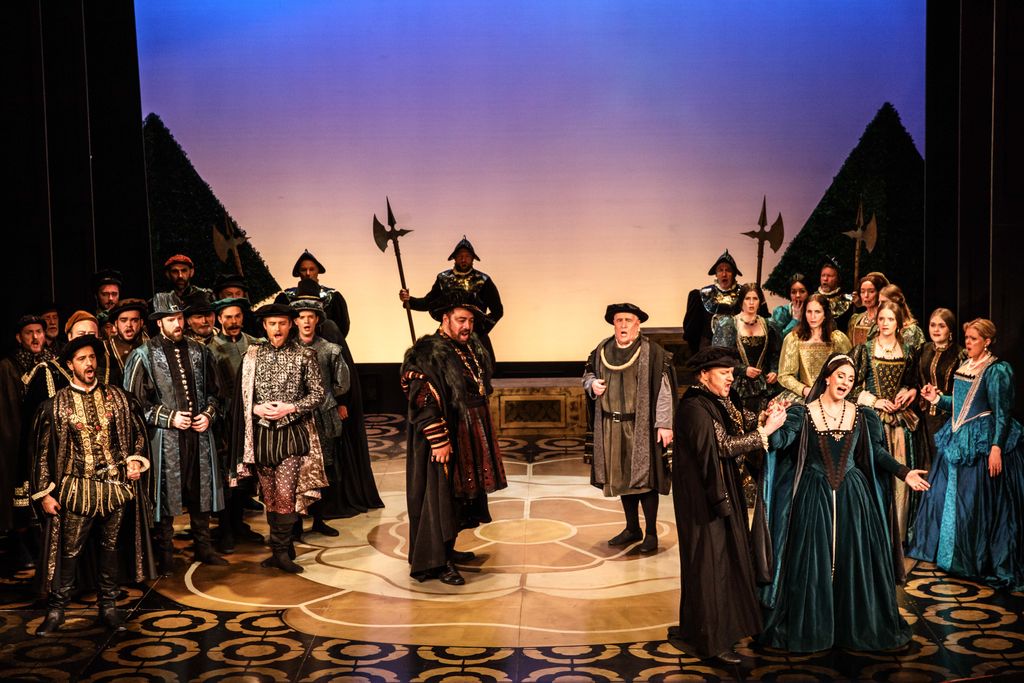 Using minimalistic abstract set design, which draws imagery from the Tudor period, this production concentrates the audience’s attention on the drama between the characters.

Elena Xanthoudakis is magnificent as the eponymous Anne Boleyn. She commits her all to the role and delivers a masterful, impassioned, beautifully acted performance of the doomed queen.

She’s supported by a solid cast, with standout performances by Boyd Owen as Percy and Dimity Shepherd as Mark Smeaton — both are quick to win the audience’s favour and sympathy on the path to their demise. Eddie Muliaumaseali’i also adds a powerful physical presence as the domineering Henry VIII, playing everyone to get his way. 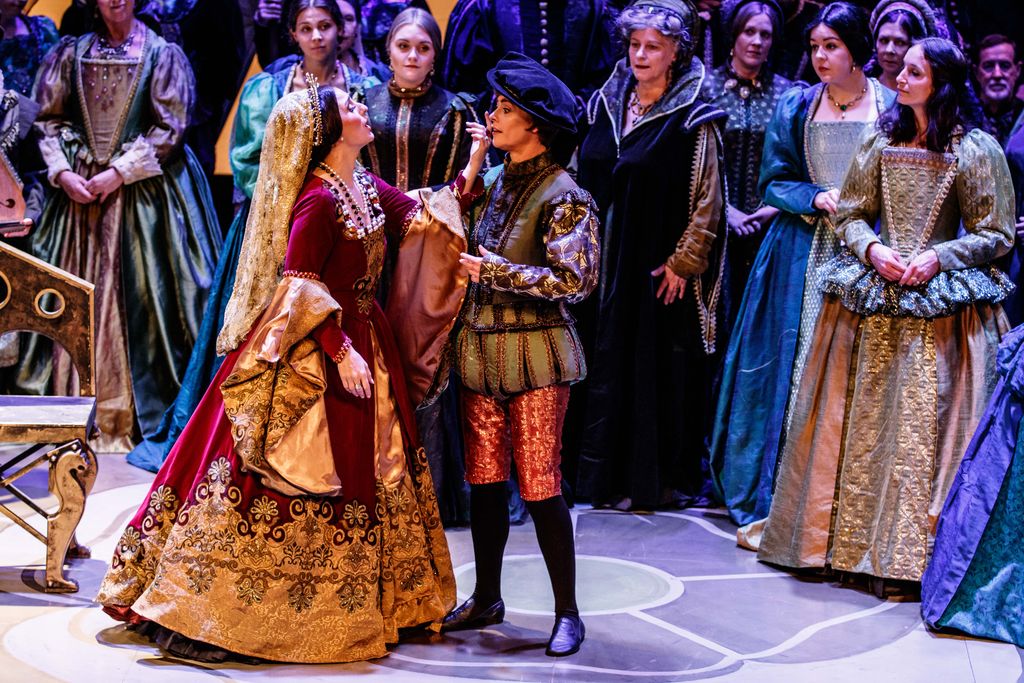 The esteemed Richard Divall has sensitively translated and edited Donizetti’s orchestral and vocal writing for this production. Act 1 is pacy with an active story, whereas Act 2 is the slow final lead-up to Anne’s execution: it’s during this time we see the heightened confrontations between the grand personalities.

The performance is sung in English, so there’s no need to glance up at surtitles; but at times the words can be hard to discern, so unless you have a solid understanding of Tudor history, it might be good to have a cursory read of the synopsis before the opening curtain.

Anna Bolena is another passionate and considered production by Melbourne Opera. Bravi to all involved.

Anna Bolena plays on 2, 5 and 9 November at the Athenaeum Theatre and 12 November at Monash University. Visit the Melbourne Opera website to book tickets. The venues are wheelchair accessible.

Disclosure: The Plus Ones were invited guests of Fuller PR.
Image credit: Fuller PR.