For me, the true sign of a good circus is that breathless, ‘ohmygosh what is he about to do?!’ feeling where you can’t help but feel nervous for the poor performer as he handstands atop six precariously stacked wooden crates all held up by four wine bottles. He could crash and fall to his doom, but he never does.

It’s the kind of circus that keeps you on the edge of your seat, staring in disbelief wanting more. That pretty much summarises ‘Scotch & Soda’ at the Wonderland Spiegeltent. 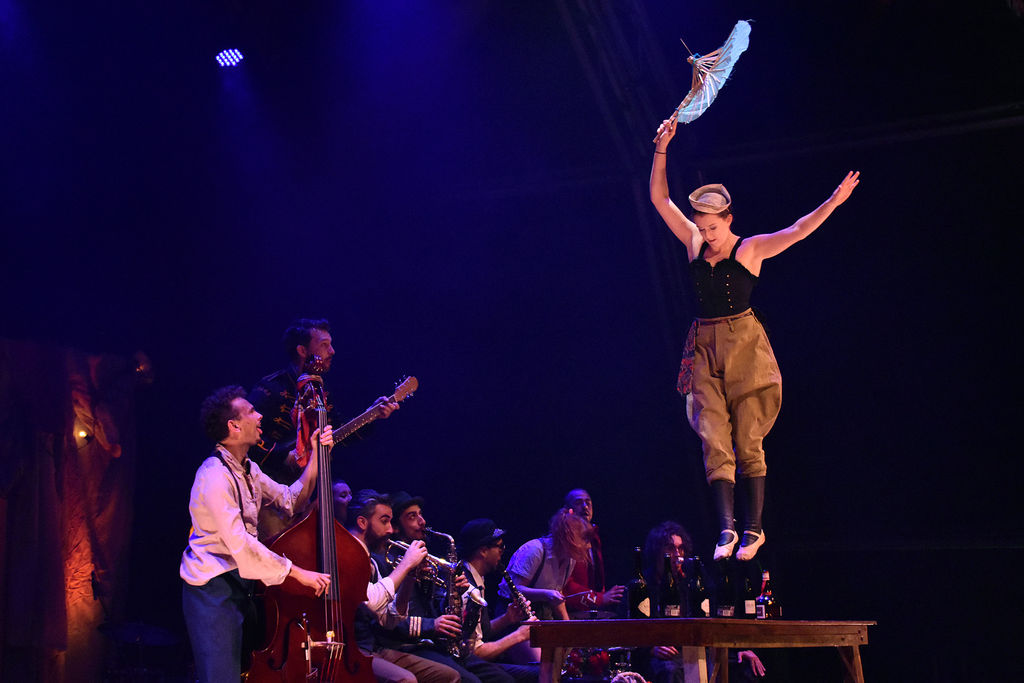 It’s a circus and jazz show showcasing the ‘vibe of a rowdy whiskey joint set in a dusty parallel universe, somewhere between depression-era travelling circuses and Europe’s 19th Century carnival past’.

The performers took me on a journey through traditional circus artistry on the rope and trapeze, comedic situations that had me rolling in laughter, nerve wracking hand balancing atop six wooden crates held up with wine bottles, and even conflict among the performers.

The most entertaining scene was when the cast broke out into a brawl, flipping each other over their backs, swinging one another in circles by the hair, and slamming each other to the ground. It was a display of impressive acting alongside serious acrobatics. 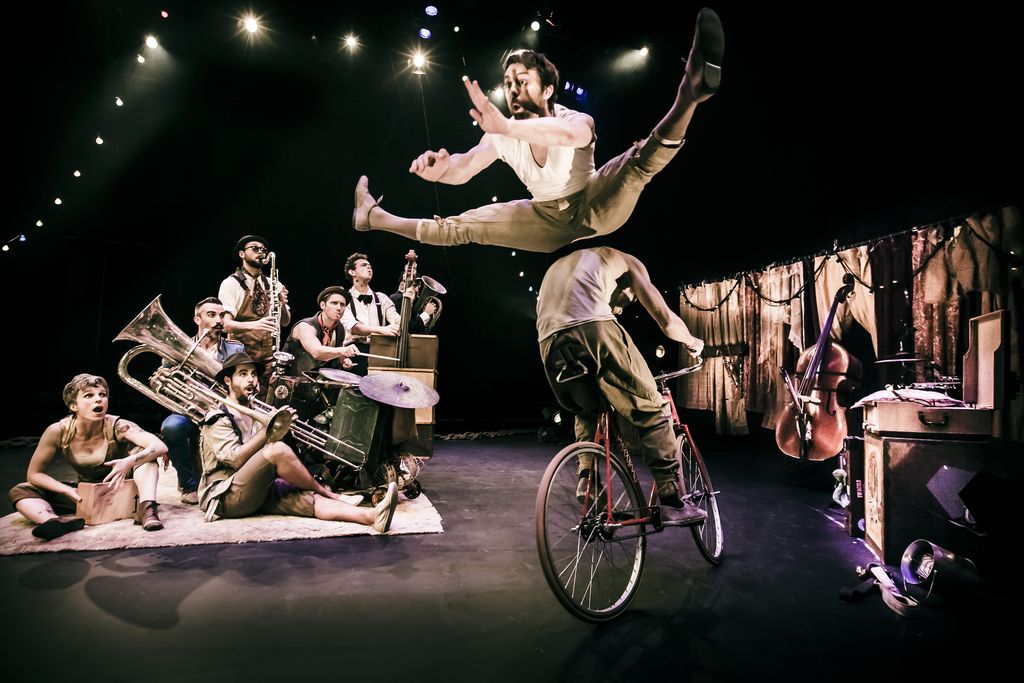 All of this is set to the backdrop of lively junkyard jazz band, infusing emotion into the performance and energizing the audience.

I got that breathless nervous feeling more than once. Four people stacked on a bicycle riding backwards, acrobats back flipping off the Korean plank, hand balancing in places where no sane person would ever consider, you get the picture.

Scotch & Soda was a delight to the eyes and ears, and is highly recommended for circus lovers and adrenaline junkies alike.