‘The Events‘ is a play about a community-shattering act of violence. Each night actors Catherine McClements and Johnny Carr are joined on stage by a different Melbourne choir to tell the story. Before we even entered the theatre the foyer was abuzz with energy, with the 50 odd members of THE CHO!R busily queuing up for the bathroom and gathering in excitement before entering the theatre. 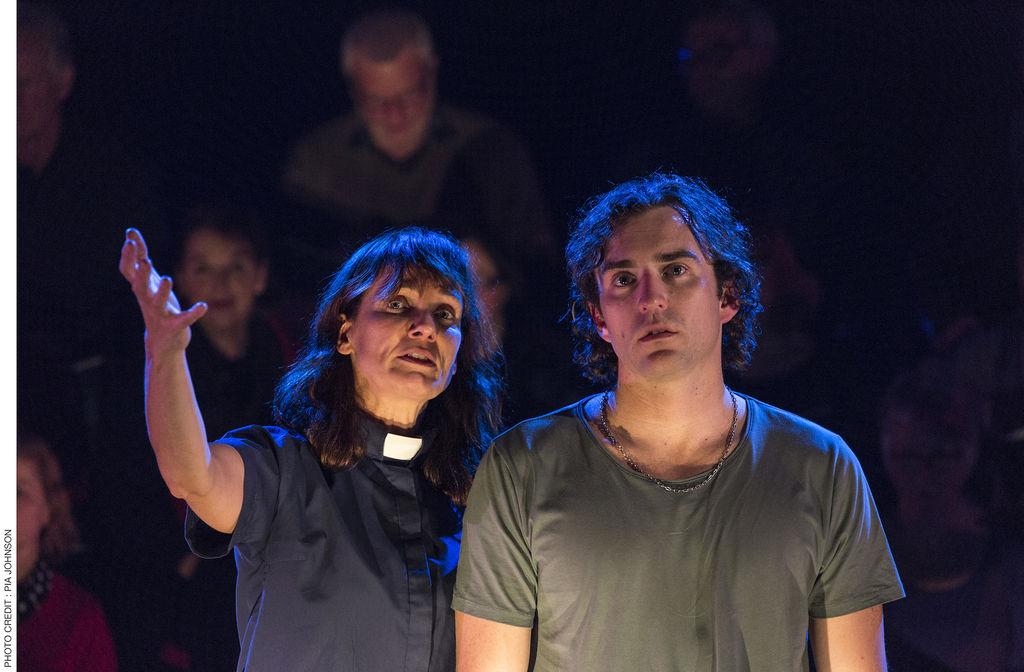 McClements plays Claire, a pastor who leads a multicultural choir. The story follows Claire’s journey as she tries come to grips with the horrifying events of a mass shooting in her community. Behind the actors on a raked stage stand The Cho!r, who eagerly watch the action unfold and perform songs from their repertoire throughout the play.

In a curious narrative of fragments and snippets, we follow Claire’s memory in the aftermath of the tragedy. Johnny Carr deftly moves between different characters in Claire’s story, playing her female partner to the boy who perpetrated the violence. As an audience we slowly gain a sense of what happened, but are never completely sure of what is real and what is imagined in Claire’s memory. I leaned in as the play began to ask the question: What motivates someone to carry out such a senseless act of violence? A question that in 2016 is well worth asking. 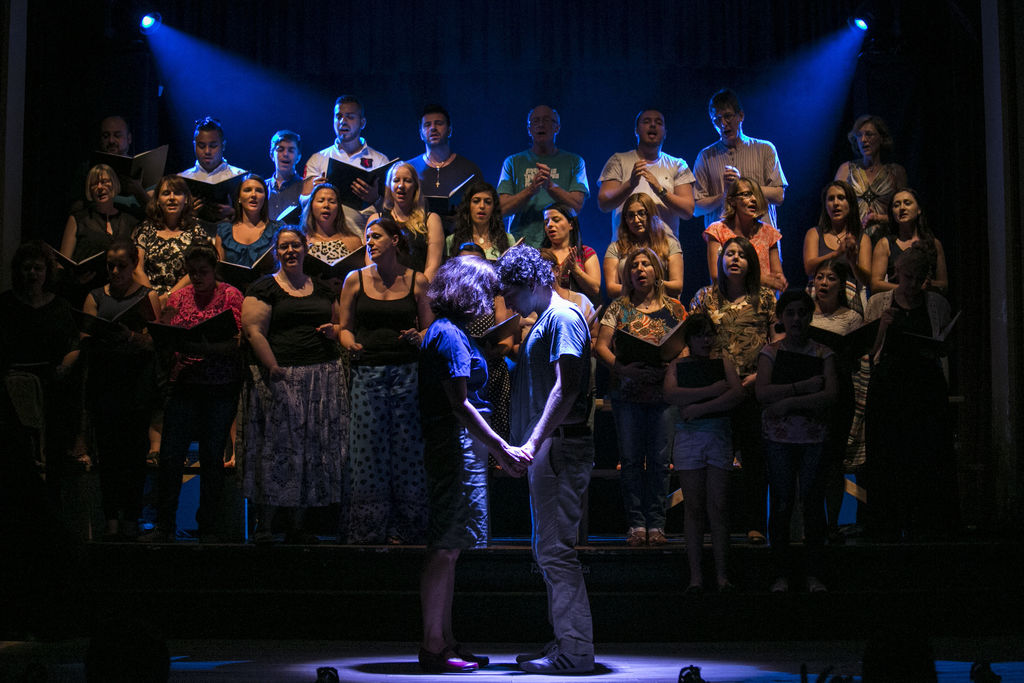 Sydney – January 12, 2016: A scene from The Events, performed during the 2016 Sydney Festival (photo by Jamie WIlliams/Sydney Festival)

This work, written by David Greig in 2013, emerged from an investigation into the 2011 massacre in Norway by Anders Breivik, who claimed he was defending his country from immigration and multiculturalism.  Five years on, these events are all too tragically echoed by the recent mass shooting in Orlando, U.S.A. In 2016 this play resonates. We live at a time when radical beliefs divide our global political stage and the international refugee crisis poses such questions as, do we embrace our neighbours or do we close our borders?

This play proposes that as human beings we hold the capacity both to love and to hate, to embrace and to kill and that the choice between the two is not always so black and white. ‘The Events’ is a gentle, poignant and thought-provoking evening.

– Janie
Janie Gibson is an actor and writer who spontaneously started her own community choir last year.

Disclosure: The Plus Ones were invited guests of The Malthouse.
Photo credit: Jamie Williams and Pia Johnson.

Volvo Scandinavian Film Festival 2016: The Plus Ones’ Guide