Nudism, naturism, or just getting your kit off along with a whole lot of other people isn’t for everyone. But maybe it should be. Or at least, maybe we should all give it a whirl just to see what it’s all about. Especially, perhaps, when it involves a penthouse apartment with a view of the city.

Pop up community nudist group, Nudies Revolution, celebrated their one year anniversary with a special penthouse chillout party at The Blackman, one of the boutique Art Series Hotels in Melbourne.

This is a social group who doesn’t discriminate, all ages and persuasions are welcome as long as they are comfortable to get naked. Having said that, they could do with a few more women. Just saying. 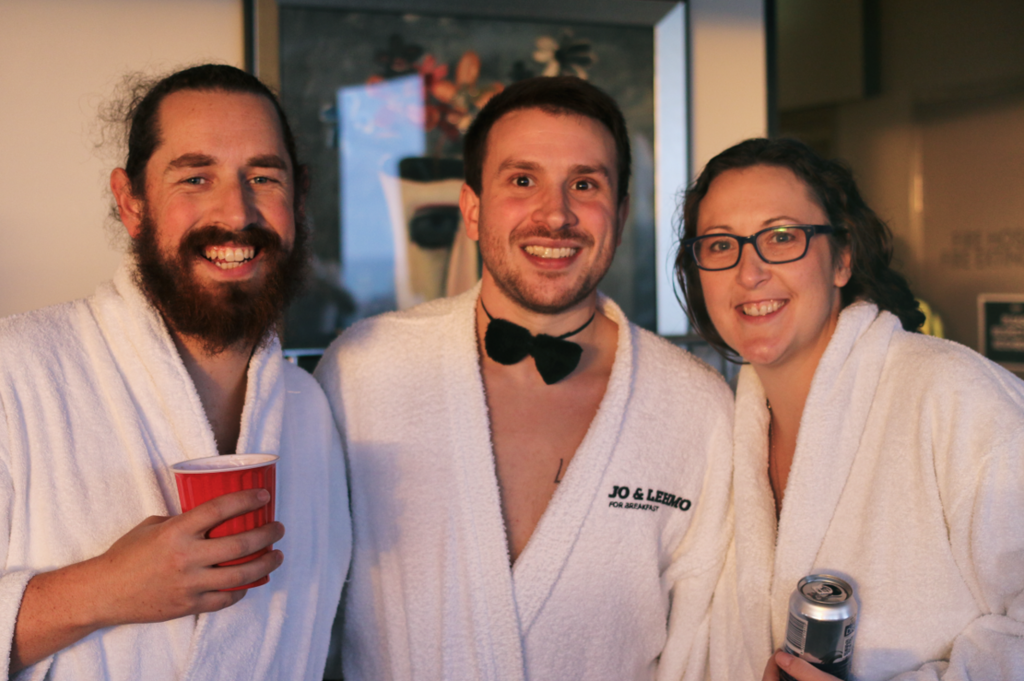 Two of the organisers, Rebecca and Laurence, have different backgrounds with nudity but both are equally ‘evangelical’ in their promotion of the freedom social nudity can offer. Rebecca, raised in a family with a German background, has grown up comfortable in her own (naked) skin; family holidays and everyday life involved nudity and she likes the openness this brings.

Laurence discovered the joy of baring all on a business exchange in Berlin a couple of years ago and was happy to discover on his return that Melbourne also has an active naturist and nudist community with various groups around the city meeting for hikes, bike rides, dinners, and weekend retreats. 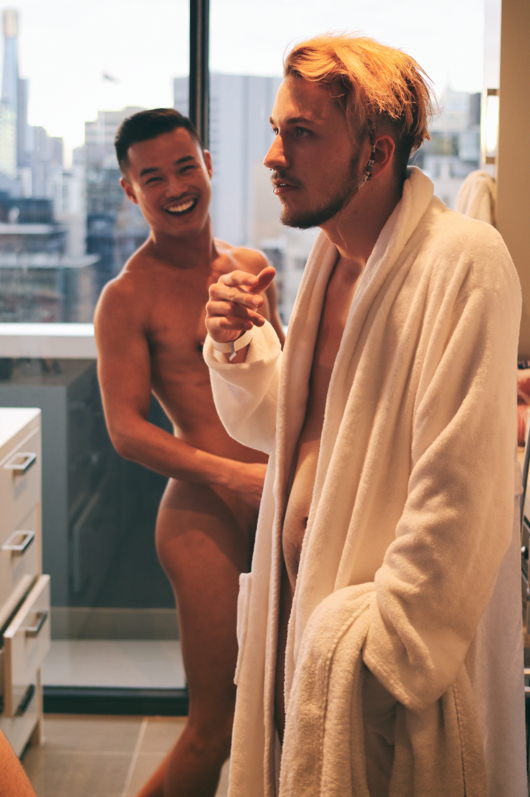 Nudies Revolution is designed to open a broader audience to nude events which include fun social activities to help break down barriers and give people who may have been curious about nudism, but uncomfortable about trying it, a chance to give it a go. Over the past year, they have been introducing social nudism to a large number of people under 35 years old, and they have been engaging with the concept and understanding the benefits that baring all could bring. Previous nude events include laser tag (?!!), trivia, house parties, secret warehouse party themed events, and a New Year’s Day chillout party. They are currently planning a Sci-Fi themed party. 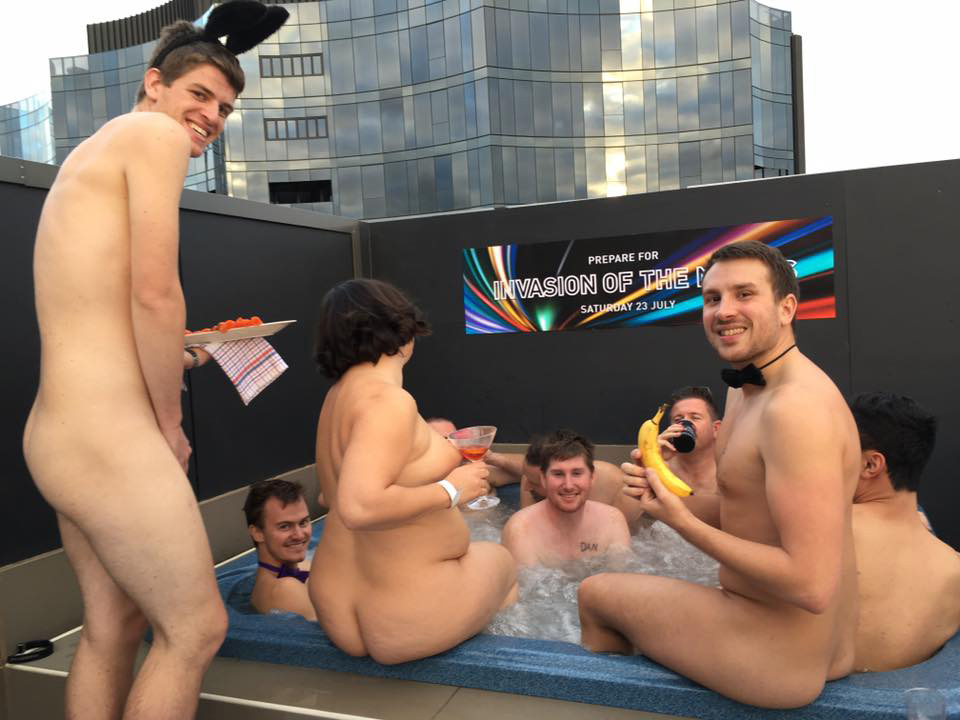 While I have to admit, I did not completely embrace the opportunity to show off my birthday suit, I could have without any fear of judgement or creepiness. Equally, I was not made to feel guilty for preferring at least one piece of lingerie to remain in place.

In a society where body image often takes centre stage and far too often rules our perception of ourselves and others with negative impact, there is a certain freedom in just allowing our bits to hang free and talk to people as they are.

Their next event on Saturday 23 July, Invasion of the Nudies, is a sci-fi/fantasy undressup party.