Opera companies often rely on a limited staple of popular works, so credit goes to Opera Australia for giving audiences the opportunity to see this less-popular opera.

The story revolves around Luisa, an ordinary girl in mutual love with Rodolfo, the son of the local count. But the count wants his son to marry a widowed duchess, and so threatens to throw Luisa and her father in jail. Passions run high and deals are made. Add into the mix a sleazy, scheming steward who also loves Luisa, and you have the basis for a classic tragedy. 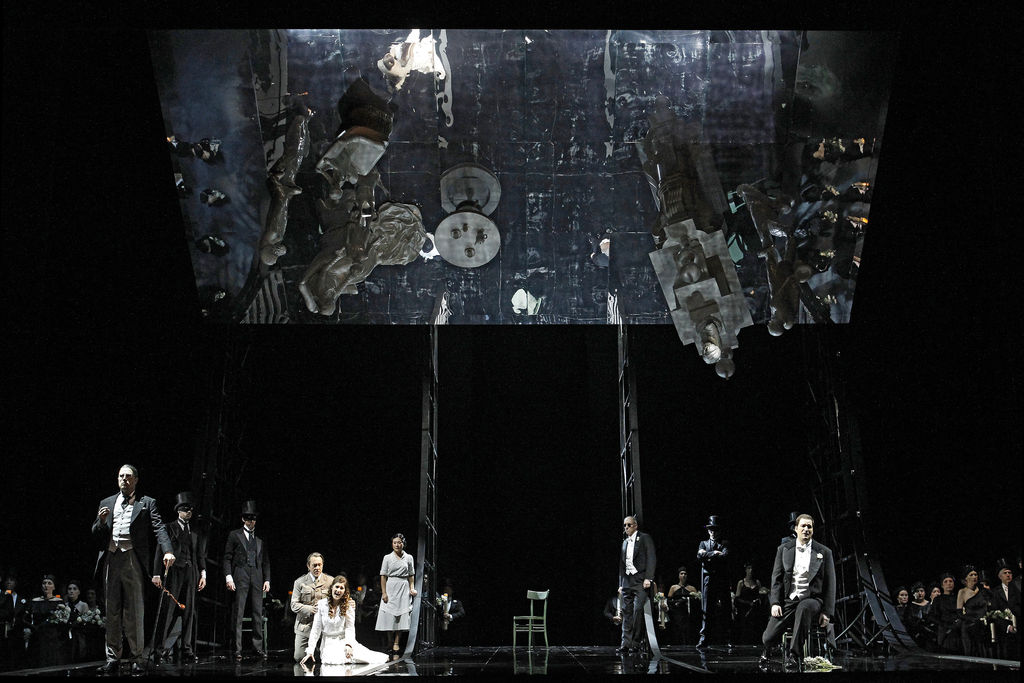 We get a taste of the familiar themes of betrayal and revenge that are more fully developed in Verdi’s later works, but the signs of his greatness are evident.

The opening tableau, showing a happy family set in white marble, shifts back on rails and hangs over the characters as an indicator of what could be. It’s impressive and adds to the grim sense of loss, but seems a little sterile after its novelty wears off. But overall, this production, with the various social classes donned in monochrome, peels back any on-the-nose explanations to offer audiences an intelligent performance. 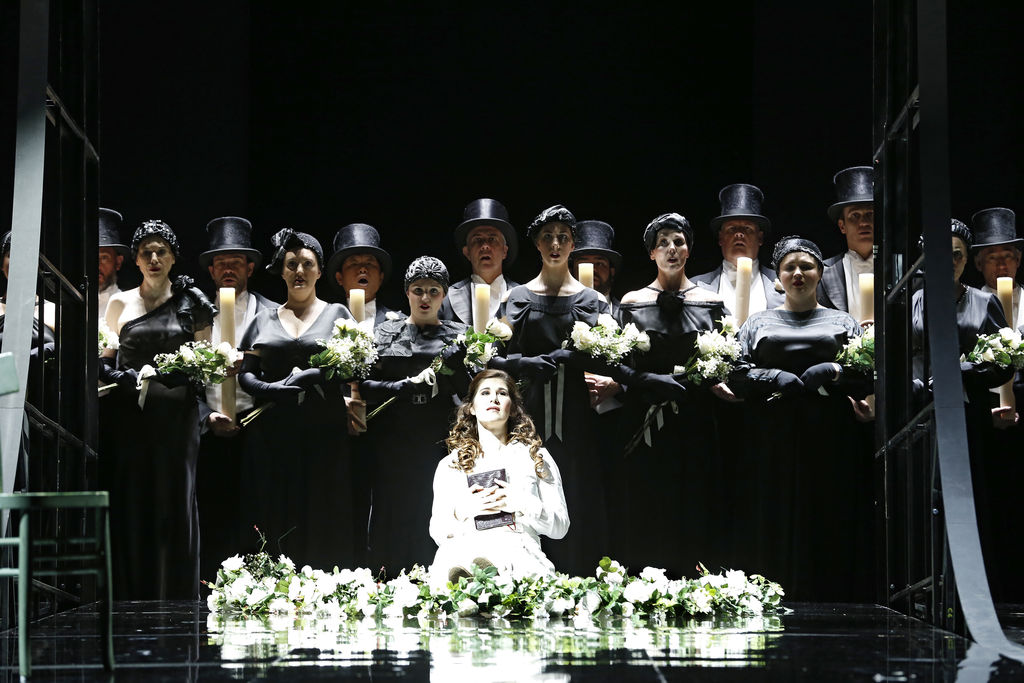 For the last century, many of the same operas have been performed again and again. The music, of course, remains consistently beautiful, but there’s a challenge to offer different interpretations and visuals. Opera companies work hard to widen their appeal to younger audiences, so it’s always commendable when they take risks and present something new.

This is not a traditional production with period costumes and obvious meaning. With a minimalist set and design, this production creates room for Verdi’s music to stand on its own, which it does. This is your chance to see an opera that’s quite different.

Luisa Miller runs 16–27 May 2016 at the State Theatre, Melbourne (sung in Italian with English surtitles). Visit the Opera Australia website to book tickets. The venue is wheelchair accessible.

Disclosure: The Plus Ones were invited guests of Opera Australia.
Photo credit: Jeff Busby.

‘Beneath the Stars’ at the Melbourne Planetarium

‘The Glass Menagerie’ plays at The Malthouse Theatre