Opera Australia’s production of La Bohème is a lyrical, dulcet delight that recreates the classic tale of love and loss in 1930s Berlin.

Rodolfo is a starving poet, living the bohemian lifestyle in a freezing studio with his buddy. He meets his neighbour Mimì, a beautiful young seamstress, and they immediately declare their love for one another. But love ain’t easy in hard times, and wanting the best for the one you love might mean some difficult choices.

It’s a tale of yearning to be loved and suffering in love. This production may take place in 1930s Berlin, but with universal themes such as these, it could easily take place in present-day Fitzroy. 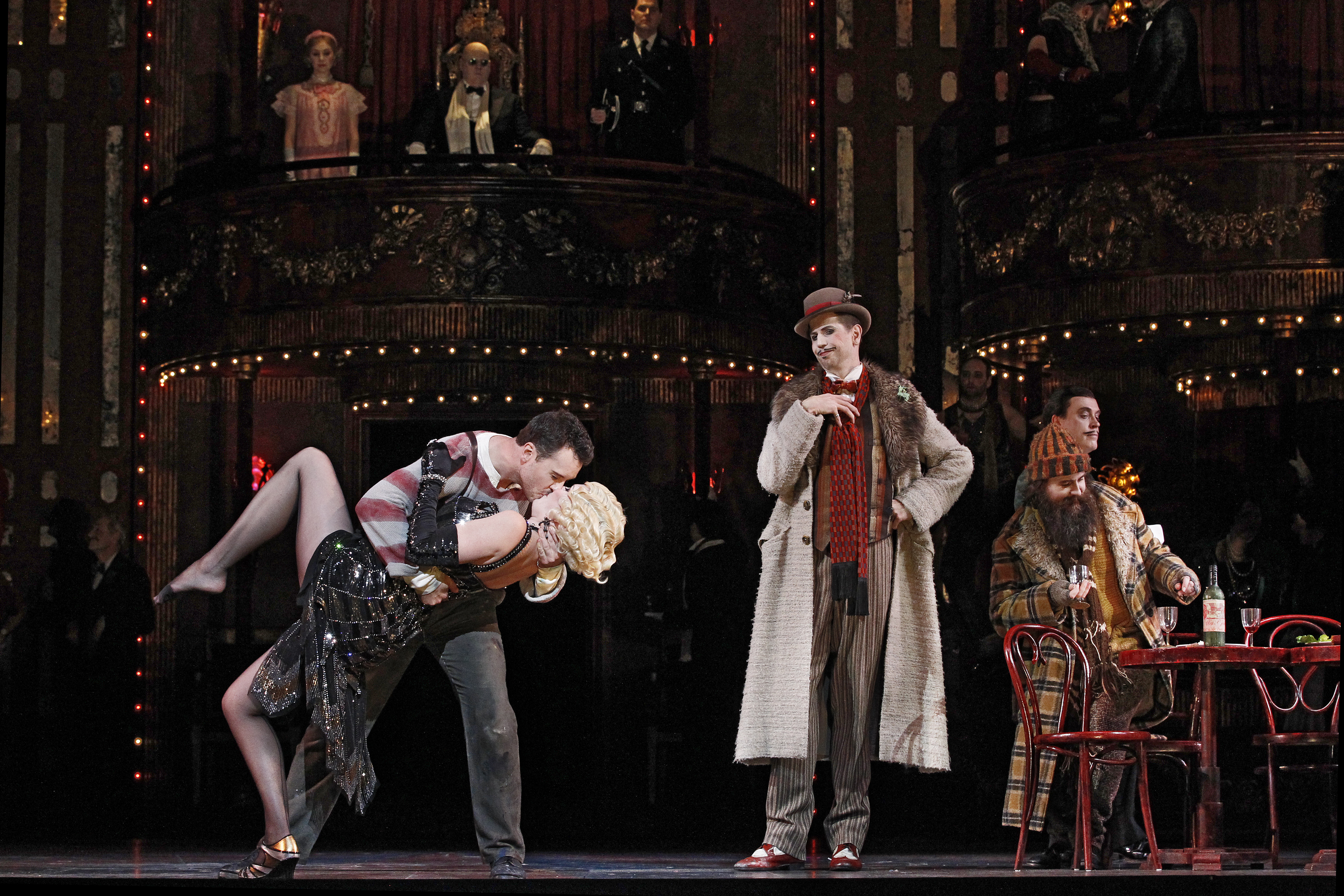 It’s not a complicated plot, and you can probably figure out the denouement from the foreshadowing early in the first act, but it’s the big, dramatic emotions that take you for a ride, expressed through sonorous music and a poetic libretto.

Many operas are about kings and queens, gods and goddesses, mythical figures. But La Bohème is a drama of ordinary people experiencing powerful drama. Puccini once said his success was due to putting ‘great sorrows in little souls’.

I first saw La Bohème several years ago at the Royal Opera House in London, but the Opera Australia production engaged me as though I was watching it anew. Gianluca Terranova delivers a tremendous love-struck Rodolfo, and Lianna Haroutounian is spectacular as Mimì (another great Armenian soprano to watch for). They are covalent onstage and are supported by a solid cast.

Highlights include Mimì’s introduction,  Musetta’s waltz (of course), the third act quartet, and Colline’s parting with his beloved coat, with hints of La Bohème’s familiar tune permeating all four acts.

One can always watch opera on TV or cherry pick popular arias on YouTube, but having the music bounce its way to you off the walls of an auditorium is something else and truly must be experienced. This production of La Bohème presents a wonderful opportunity for this. It offers gorgeous costumes; an animated glimpse of a bohemian life, with its circus of lively characters; and music which is simply sublime. Together, it will lull you into a trance.

‘ La Bohème’ runs 3–28 May 2016 at the State Theatre, Melbourne (sung in Italian with English surtitles). Visit the Opera Australia website to book tickets. The venue is wheelchair accessible.