Authentic American barbeque with a side of bluegrass music. If there are better combos in this world, I’m hard-pressed to find one. So that’s why I found myself heading to the Retreat Hotel in Brunswick for the afternoon when the band Mustered Courage presented Banjo BBQ.

The twist to the day is that the band downed their guitars and picked up their chef’s knives. Meaning to say: they prepared all the barbeque themselves! (Or barbecue, or, yes, even BBQ. Let’s not quibble over spelling when it’s all just so darn tasty.) 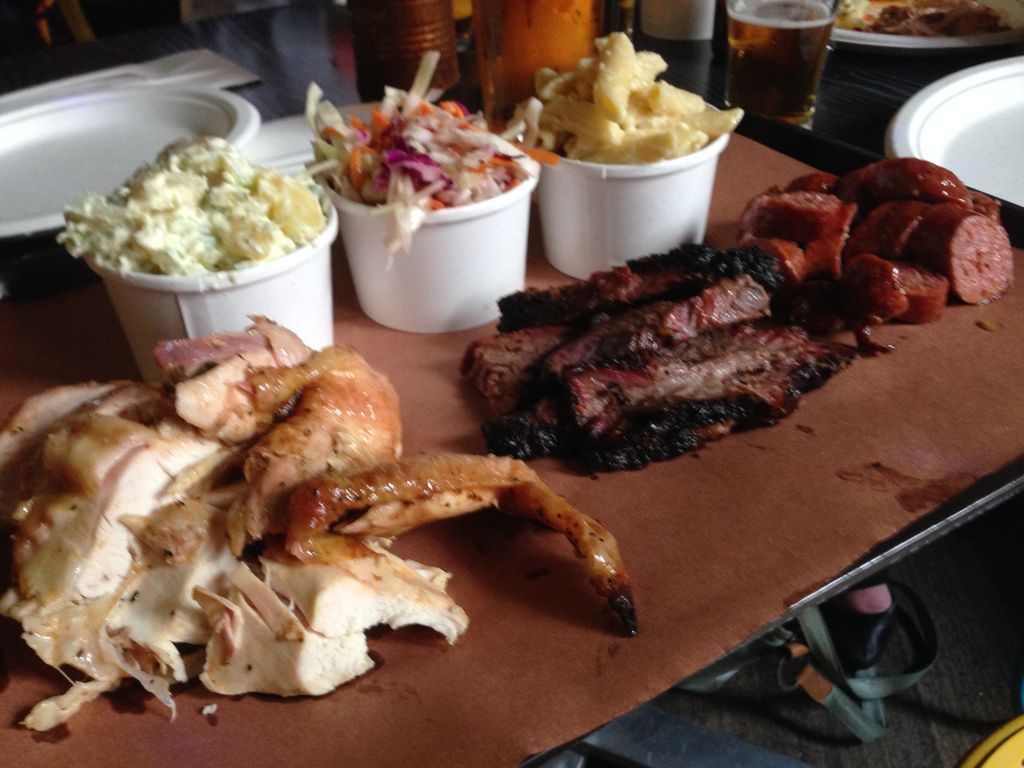 The ARIA-nominated band was inspired in part by one of their members, a genuine Texan import; and also by multiple tours they’ve done of the good ol’ U.S. of A. They were hoping that the second year of Banjo BBQ could be held outside at the Retreat Hotel’s spacious beer garden. But Melbourne being Melbourne, we settled for tables set up inside in front of the stage.

As we dug into our food, opening act Mr. Alford serenaded us with a few lively tunes. With two players MIA, he asked Mustered Courage’s bass player Josh Bridges and mandolinist Hugh Stuckey to step in. Amazingly, the three had never played together before. My plus one was agape watching the musos quickly pick up the songs. That’s real talent.

Meanwhile, I was staring at the heaping tray of food guitarist Julian Abrahams brought round. How would my plus one and I ever manage to eat all of it? Vegetarians, stop reading now. There was grain fed Black Angus brisket. Spicy homemade Texas-style smoked sausages. Mounds of Beer Can Chicken. Sides included ‘Tangy Texas Coleslaw, alongside potato salad from one of the band’s family recipes. We ate and ate and ate some more, and were topped up with sides (as promised on the invitation) and even a bit more meat (a bonus). Accompanied by a pot or two of lager from the Retreat’s bar, this was just about perfect. 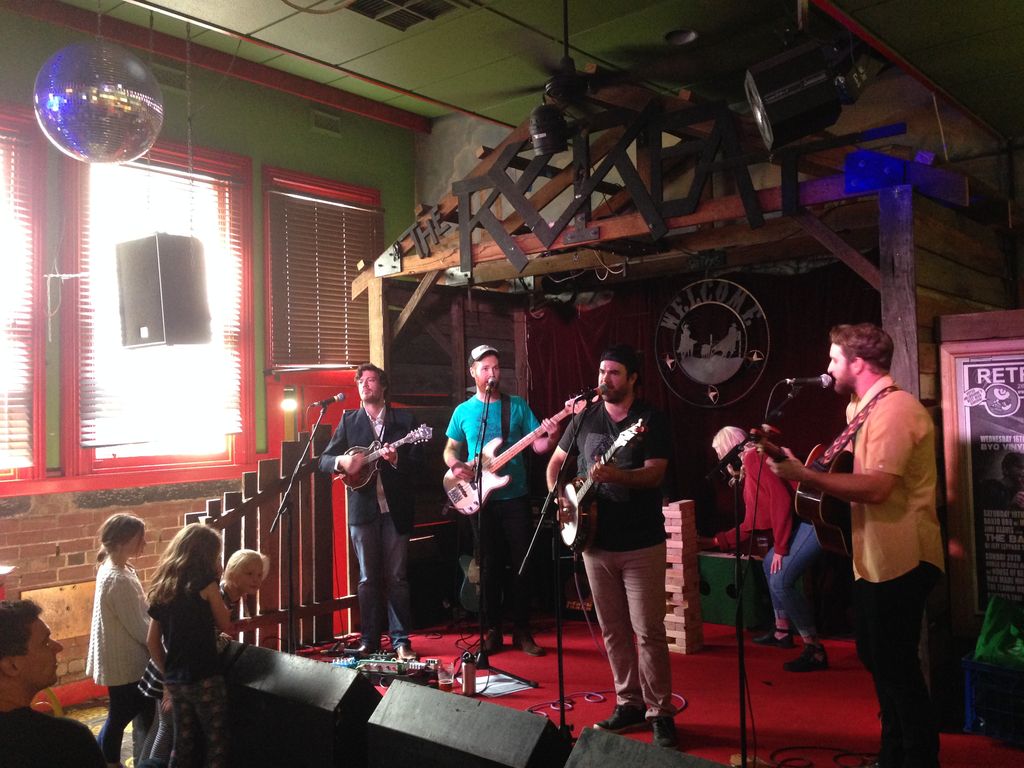 Then the band themselves took to the stage. With toe-tapping tunes sung by lead vocalist Nick Keeling, and harmonized by the rest of the band, you could tell everyone in the room was rapt with attention on the main act. Their alt-bluegrass sound is exactly what I love listening to. It was made all the better when they broke out Giant Jenga. Volunteers from the crowd battled to win band merch, including bottles of the secret Banjo BBQ sauce. As the band played and cracked jokes, the entire room sat and watched happily. I’ve never seen a more enthused yet content audience.

If I left with one regret, it was that I didn’t manage to finagle a bottle of the secret Banjo BBQ sauce. I’ll just have to go back next year.

– Theresa
Co-founder of The Plus Ones, Theresa enjoys bluegrass immensely.

Find out when Mustered Courage is next performing on their website, and download a bluegrass tune or two in their online store. And of course, stay tuned for the next Banjo BBQ.

Disclosure: The Plus Ones were invited guests of Mustered Courage.