It’s basically impossible not to get swept up in the immediate beauty of a fashion show, but I’ve always found myself just as intrigued by the stories and inspiration that lie behind all those pretty clothes. So when I learned that VAMFF was including a Global Indigenous Runway as part of this year’s festival program, I knew it would be gold.

The project’s the brainchild of Tina Wauru and developed from a series of mentoring programs, workshops and runway events aimed at Aboriginal communities. It’s now been a part of the VAMFF program for four years, each time pulling together the work of indigenous designers from across the globe and indigenous models of all shapes and sizes.

As part of the Offsite Runway series, the show was held in Melbourne Museum’s light-filled Discovery Foyer – an intimate event with an audience as diverse as the beautiful pieces that would be parading down the catwalk. 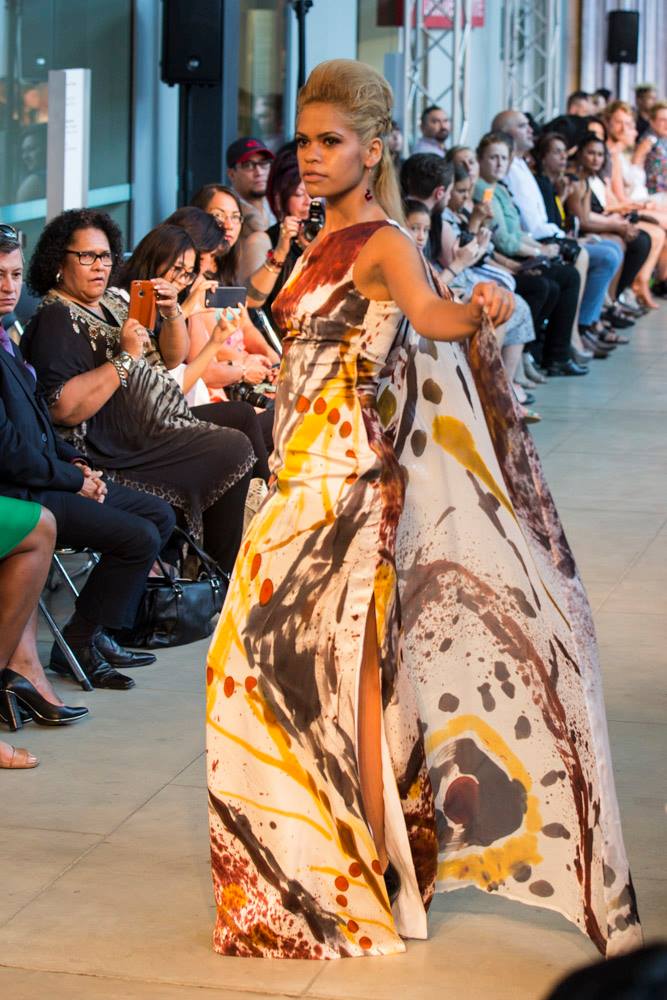 Things kicked off with an introduction from Tina, explaining that the collections we were about to see had origins around the world, the work of indigenous designers from the likes of New Zealand, Canada and Australia.

Then began the vibrant parade of designs, the collections sharing an obvious appreciation for colour and vivid prints, with eye-catching silhouettes and bold fabrics the order of the day. Graphic prints nodded to landscapes and Dreamtime stories, while intricate beadwork and patterns paid homage to traditional techniques passed down through generations.

Part runway show, part storytelling session, this VAMFF event is loaded with inspiration – a must for mindful fashionistas who like to dig a little deeper.

– Libby
Libby Curran is a freelance writer, craft beer nut, and lover of all things food. She can usually be found eating and drinking her way around Melbourne, or writing about any deliciousness she’s recently encountered

‘Every Brilliant Thing’ at The Malthouse Theatre