White Night is returning to Melbourne’s CBD Saturday 20 February 2016, and in true form is growing bigger and better every single year.

For anyone that is new to Melbourne (or has been living under the rock for the last four years), White Night is a part of what has become a global network of White Night programs, bringing cities to life in all kinds of weird and wonderful ways. Running from 7pm to 7am, peak attendance is usually from 9-11:30pm, allowing families to experience all that is on offer, and in particular experience the mesmerising light shows that appear from corners all over the city. Transport runs all night, making the event extremely accessible.

With over 200 performers on show for collectively 100 hours during the night, and hundreds of art installations spanning across six precincts it’s very hard to narrow down the best picks! We’ve chosen the highlights from the four categories: Interactive, Lighting and Projections, Music and Performance, Art and Film. 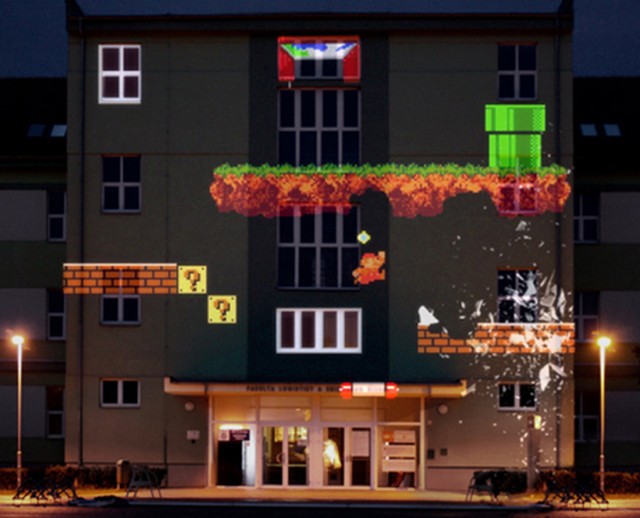 Set at popular restaurant Trunk (which will be serving food until 7am) this interactive video projection will take anyone back to the 90’s with old school, 8-bit style, Super Mario Kart. Four players will be racing round classic tracks such as Koopa Troopa Beach. Put together by superb audio-visual talent Kit Webster Mario Kart on the Wii will never be the same again.

Everyone is familiar with the good old photo booth, however this particular booth promotes the ever-important message to stand up for who you are, promoting the message to accept others for who they are. The thigh high, red kinky boots have been donned by the likes of Cyndi Lauper in support of this message globally. You can jump in a photo booth and get instant snaps of yourself flaunting those sexy boots.

We’ve all ben waiting for the dawn of virtual reality, for it to go from whimsical futuristic TV shows to something tangible.  ACMI has an installation featuring cardboard virtual reality (VR) using a cardboard mount for mobile devices, bringing stories to life for all ages. 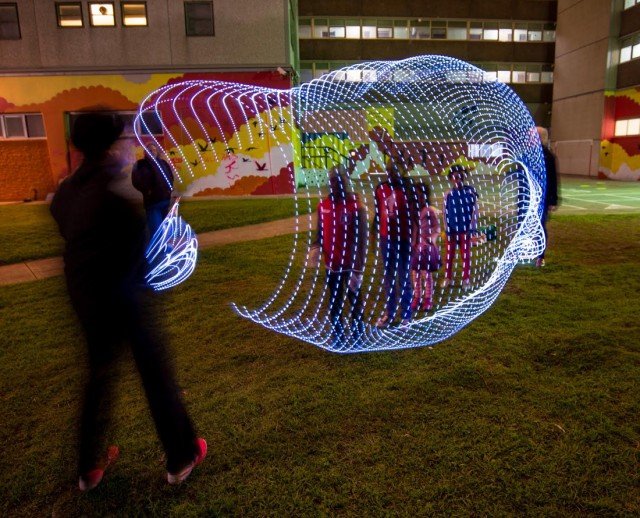 Humans have become extinct, and ocean loving filmmaker Chase Burns has created a world that has been overrun by wilderness, hammered by the ocean, and white waves rush against the landscape. It’s a topical message in environmental change and the future of mankind.

Photographer Rennie Ellis was a pioneering figure in Australia’s visual history, and culture. He had an eager eye for observing society from an obtuse perspective from the 1970s through to the 90s. Feast your eyes upon these observances in some of our best decades, encapsulating the likes of disco, social protest and a world free of risk.

Kids love to jump rope, adults see it as a torture forced upon them by the toughest of drillmasters. There are however some talented souls out there who have turned jump rope into an elite physical art form, and in this case artist Ainslie Macaulay has also turned it into a display of light as well. 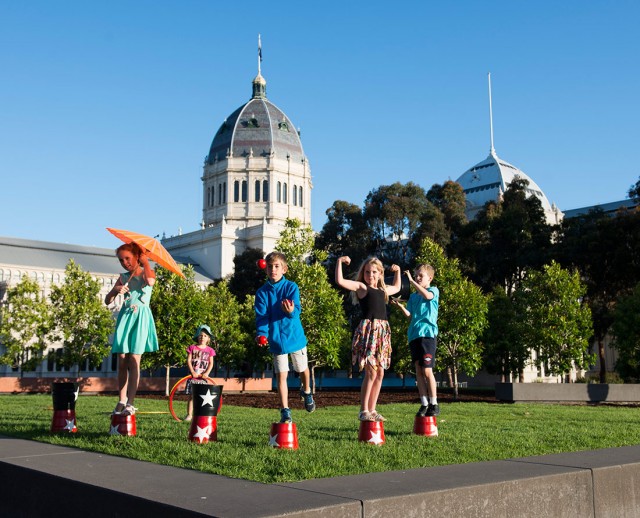 With some superb talent, such as those apart of the National Institute of Circus, a full 12 hours of breathtaking, death defying acrobatics, aerials and strength will be shown both from the front and backstage. Once in awe of the physical feats these individuals are capable of, the audience will be shown the behind the scene from the rigging to the training and development.

Somehow anything that combines Burlesque, Melbourne talent, kaleidoscopic, dance, fashion and art sounds good enough to make it to this list, even if you have to see it to believe it.

Bearbrass on the banks of the Yarra found the many lost souls of last centenary joined together seeking spiritualism over technology and war. Electrical explorers, Feverstone, will perform séances during the evening to connect to a portal to a different past, in a part of secret Melbourne. 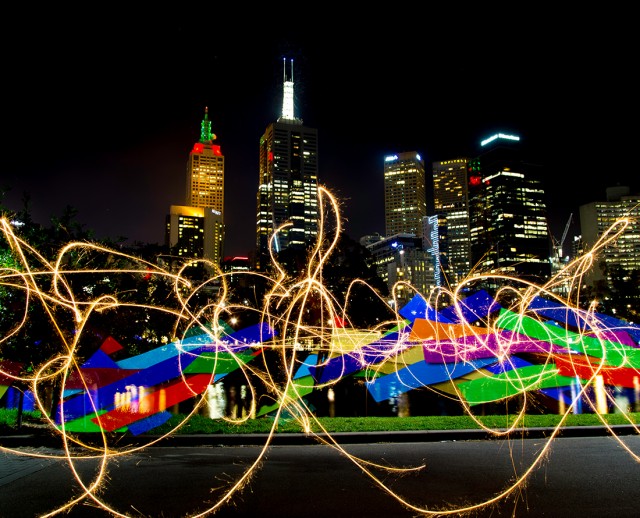 A collection of photography curated by Stefanie Harig and Marc Ullrich, inspired by a 1996 meeting with a man named John at an antique market in New York. Featuring selected works of up and coming artists, blurred with well-known talents, Lumas tells its own version of global history.

Cat videos need little introduction. It shouldn’t really come as a surprise that there is in fact Internet Cat Video Festivals occurring globally. The best of the best have been collated for cat lovers and Youtube enthusiast alike to gawk over for hours on end.

Playing with Light also fits into the interactive category; it allows photographers of all methods and enthusiasm to play with light under the guidance of skilled photographers and imagineers. They will provide light painting brushes and pixelsticks to literally paint with light.

For an event that seems to belong in all categories, the Scratch Pirate Ship is well worth a look in. Beginning just outside of the White Night precincts at Scratch Warehouse in North Melbourne, this is an open invitation for anyone to join in and collaborate artistically. When the moment seems right the crew will roam through the streets performing and displaying artistic skills. Pirate costumes compulsory.

If reading about what’s happening has you getting excited, and you have an overwhelming urge to jam pack every minute of the 12-hour event you can look at the full program and plan yourself a very hectic White Night.

White Night begins at 7pm Saturday 20 February 2016, and finishes the next morning at 7am.

Cinema At The ‘G