Outdoor cinema during the Melbourne summer has become a bit of a ‘thing’. The Melbourne Cricket Club team though decided to break the mould by having an outdoor movie session on the hallowed MCG turf!

On Friday 12 February, the MCC team did something they haven’t done for 100 years: host a movie on the grounds. Yep, from the middle of the MCG — surrounded by 100,000 empty seats — we were going to look up at the ‘scoreboard’ to watch a feature-length film. My excitement at attending the event could hardly be contained. What was the setup like? How was it going to go? What happens if it rains? Would we actually be on the ground?

We were on the ground. Picture being dwarfed by the huge MCG stands and surrounded by 2,000 or so picnic-goers munching down on hot pies and baskets of goodies. It was amaze. 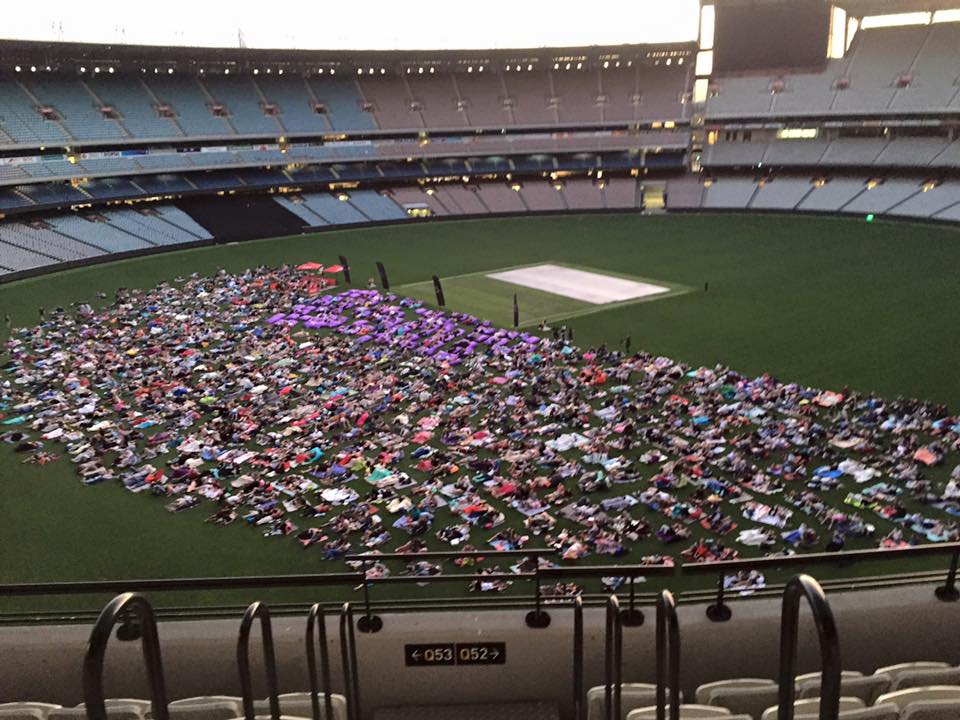 Cinema at the ‘G – photo via MCG

As dusk turned into night the scoreboard fired up and the movie started. The film choice, Million Dollar Arm (a true story about baseball agents heading to India to find the next wonder-kid) couldn’t have been more apt given the setting.

The novelty value of the experience segued into something more substantial. It was a great night out, and at points I just laid back and stared up at the sky with the stands in my periphery. Similar to other outdoor cinemas, make sure to pack goodies and a blanket. A touch of mozzie repellent also comes in handy.

If the team does it again I’d highly recommend heading on over. It’s a must if you have grown up in Melbourne and a fairly incredible story to tell if you’re a traveller.

Cross fingers that sponsor Bank of Melbourne, the MCC, and the MCG will hold an event like this sometime sooner than the next century. Follow them on Facebook to be the first to know.

Disclosure: The Plus Ones were invited guests of the MCC and Bank of Melbourne.
Photo credit: MCC.

White Night 2016: The Plus Ones’ guide to the best art and entertainment