‘The Intergalactic Nemesis’ is billed as ‘a live-action graphic novel’. Essentially it’s a radio play crossed with a comic book. What’s that, you say? Two niche topics with cult followings added together? I was so excited about this I nearly peed my pants. ‘The Intergalactic Nemesis’ uses both art forms to fantastic effect. I want to shout from the rooftop: GO SEE THIS. NOW. DON’T MISS IT.

The graphic novel part is easy to explain. Graphic novels = comic books for adults. Throughout the show, over 1,200 individual comics of varying sizes are projected onto a screen. All controlled by a cast member so that the images show at the exact perfect time during the radio play.

What’s a radio play? Maybe you weren’t lucky enough to grow up listening to one every Christmas like I did (shoutout to the 1937 show ‘The Cinnamon Bear’). That’s okay. It’s essentially voice actors standing in front of microphones doing different characters. But there’s so, so much more. See, in order to properly do a radio show, you need sound effects. 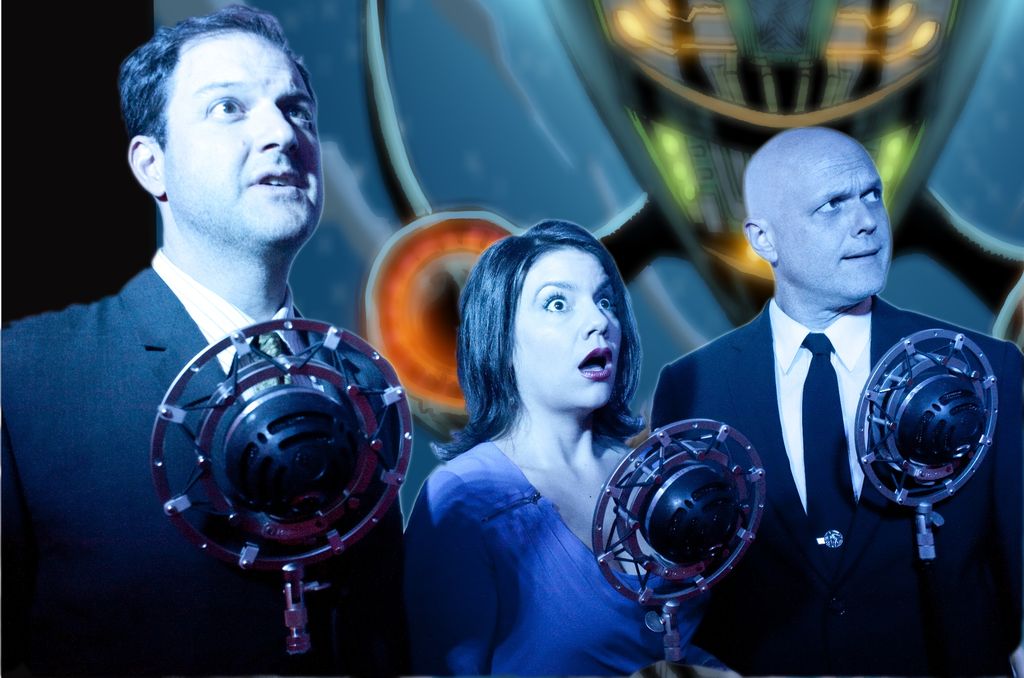 From the second my plus one (Dan of Melbtown) and I walked into the Arts Centre Melbourne, we knew we were in for a treat. On the stage were several tables of props — everything from shoes to mysterious bags to a huge balloon. Turns out it’s called a Foley table (named after, yup, a Mr. Foley — thanks, Dan). Throughout the performance, Foley artist Kelly Matthews used her mad skillz to make everything from a train to a thunderstorm to a robot. All from boxes of marbles and sheets of plastic. It’s unbelievably fun to watch.

Equally startling is how talented the cast is. Three actors. Dozens of characters. All voiced so wonderfully that you start to see them as completely separate people. The plot — set in the 1920s — follows hard-hitting journalist Molly Sloan (Rachel Landon) and her sidekick Timmy Mendez (Brock England), as they’re after to uncover a scoop for her newspaper. The story ends up going from the Carpathian mountains, to a Scottish manor, to Tunisia, to — well, I’m not going to give it all away. Along for the ride come hero Ben Wilcott and rogue Jean-Pierre Desperois. It’s an absolute hoot seeing the actors portray so many characters. Plus the audience is encouraged to boo, hiss, clap, cheer, and whistle at all the good parts. It’s interactive theatre at its best.

We got to talk to creator Jason Neulander — who conceived of the show in Austin, Texas in the 1990s — during the intermission, as he sold the uber-cool posters and graphic novels. He’s just a genuine guy with a magical brain. Every little thing about the show is flawless. I mean, even the pianist has a comic book name: Harlan Hodges. (And then there’s the sound effects guy, Buzz Moran. Srsly. Where do they find them?) The plot twists are too much fun; the projected artwork is just too cool; the Foley artist is incredible. 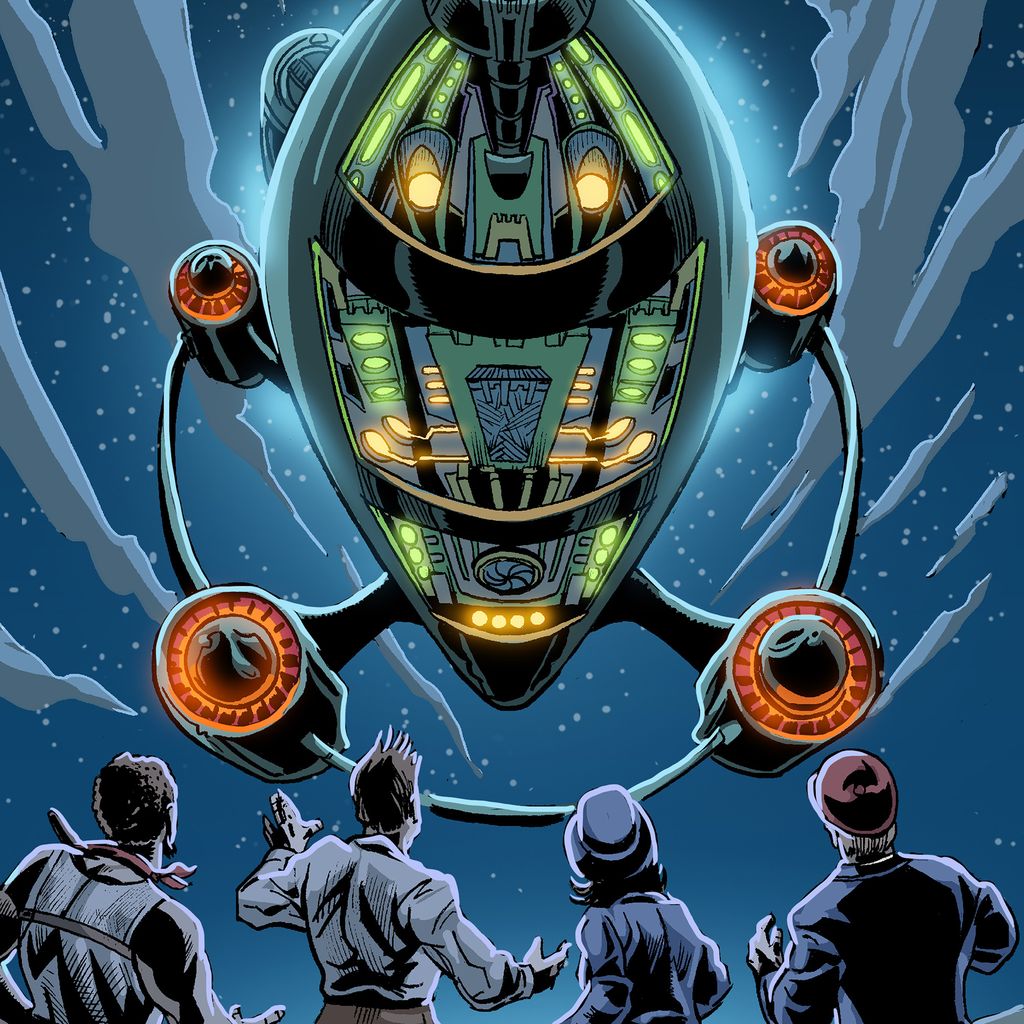 This weekend, I have some dos and don’ts for you:
Don’t go to a movie.
Don’t watch tv.
Don’t surf the web on your laptop.
Don’t go to a bar.
(You can do those any time.)

DO go see ‘The Intergalactic Nemesis.’ It will be the best money you spend on entertainment all month. Just watch out for those Zygonians.

– Theresa
Co-founder of The Plus Ones, Theresa didn’t realise how much she truly loves radio plays until she saw this show. Now she needs more in her life.

‘The Intergalactic Nemesis’ runs 9-13 September 2015 at the Arts Centre Melbourne. Purchase tickets now.
Need more? Add them on Facebook and Twitter, or buy their comic books and other merchandise. Plus follow along on Jean-Pierre Desperois’ adventures in the podcast ‘Salt’.

Disclosure: The Plus Ones were invited guests of the Arts Centre Melbourne.