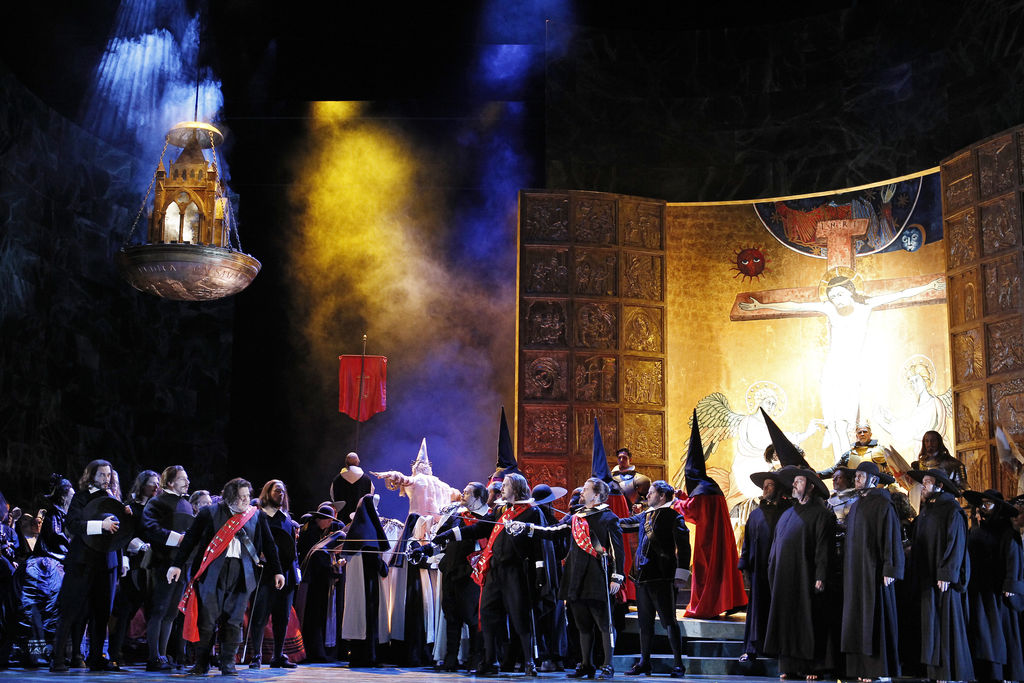 Like any good performance, an opera will transport you to another place. The scene, setting, costumes, and music should hold and absorb you in a fantasy. Opera Australia’s production of ‘Don Carlos’ does just that.

Many regard ‘Don Carlos’ to be Verdi’s greatest opera. Essentially it’s a love story between man, woman, country, countryman, and God. Set in the sixteenth century, the eponymous Don Carlos, Crown Prince of Spain, is desperately in love with France’s Elisabeth of Valois, the daughter of Henry II. But Carlos quickly finds out his father, King Philip II, has married Elisabeth himself. Love, jealousy, anger, angst and conflict ensue. Every main character wants to kill someone at some stage. Welcome to opera. 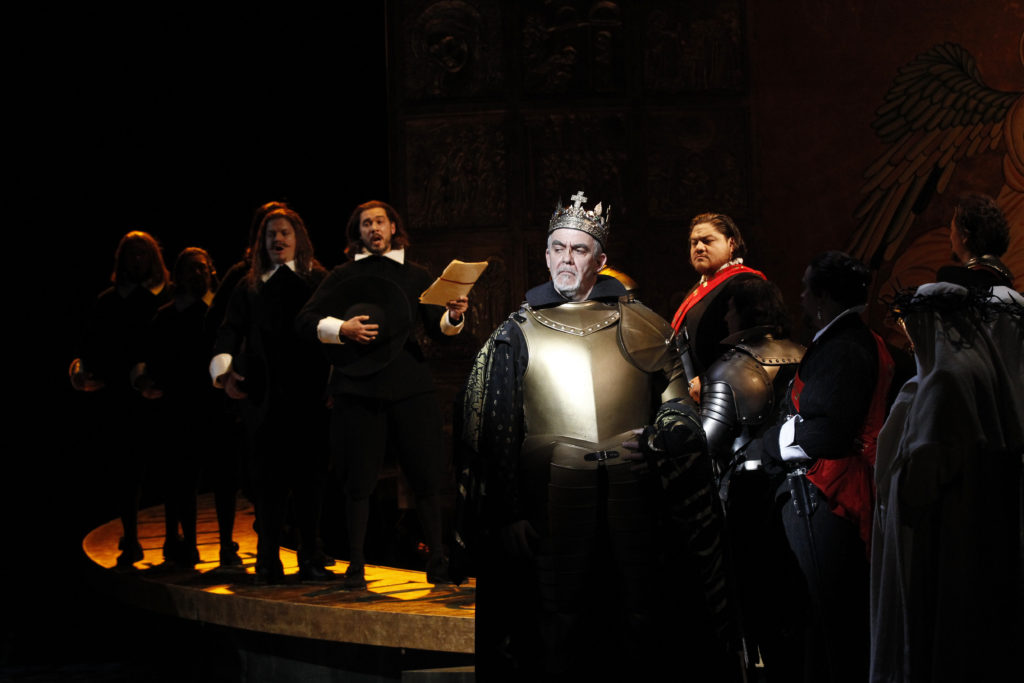 Director Elijah Moshinsky has faithfully delivered on the magnificence of Verdi’s vision. With elaborate French and Spanish period costumes, and opulent and moody sets that seem to reconstruct between scenes, the grandeur of this production is tactile.

Verdi is no stranger to epic finales – think ‘Nabucco’ Act I or ‘Aida’ Act II – and the Act II finale of ‘Don Carlos’ is no different. The stage spills with more than fifty performers, the auditorium pulsing with the instrument of their unified voice, lifting you on its breath. And the performers in this production sing with tremendous force – forget solar and wind power, they are the future of sustainable energy. 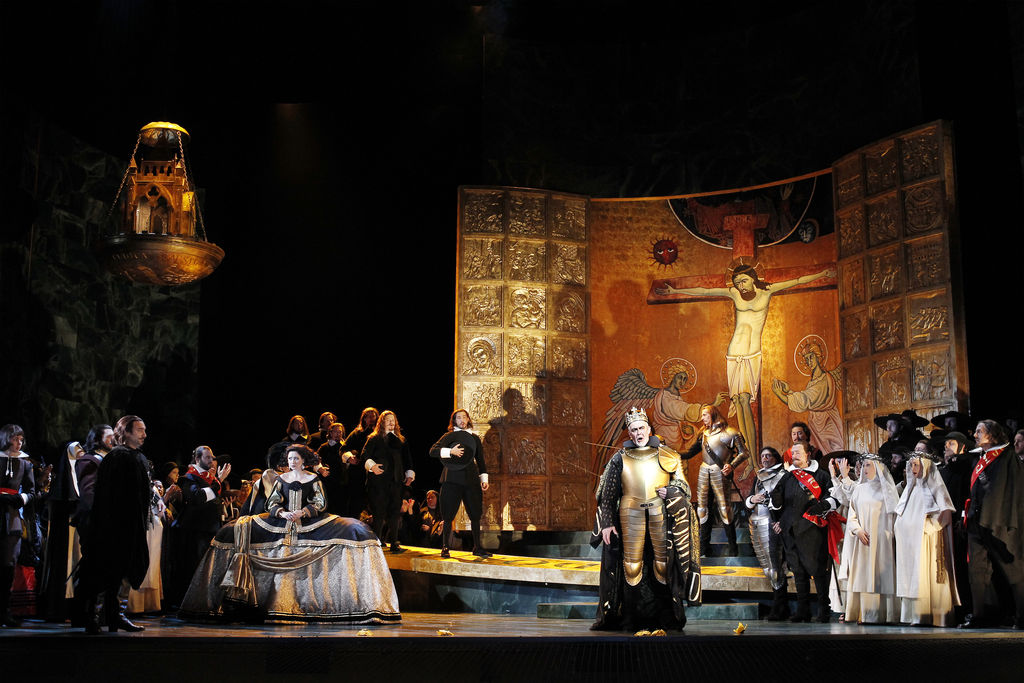 At times the libretto lingers on repetition, but it all seems to be part of the crescendo. The story builds steam to the Act II finale, sending you to the interval on an adrenaline rush, and then eases you back into the fantasy with a moving aria, Elle ne m’aime pas (‘She doesn’t love me’).

Verdi’s score has majestic proportions and Orchestra Victoria delivers on the promise. The music is like a living, breathing thing; an invisible current that whips into the audience and absorbs you. You drown in it and it’s marvelous. There are still some seats available for the last performance on 29 May. See it before it’s too late.

-Ara
Ara Sarafian is a writer and editor. He’s been published in The Lifted Brow, The Conversation and The Big Smoke. He works as an online editor for the ABC and studies Professional Writing and Editing at RMIT.

‘Don Carlos’ runs 20–29 May 2015 at the State Theatre, Melbourne. To find out more and book tickets, visit the Opera Australia website. The venue is wheelchair accessible.

Disclosure: The Plus Ones attended ‘Don Carlos’ courtesy of Opera Australia.