I couldn’t believe my luck when I walked into the rarefied world of the Birdcage at the Melbourne Cup on Tuesday. Four years ago, I was with the rest of the hoi polloi — this year I got to visit the most exclusive part of Flemington Racecourse. 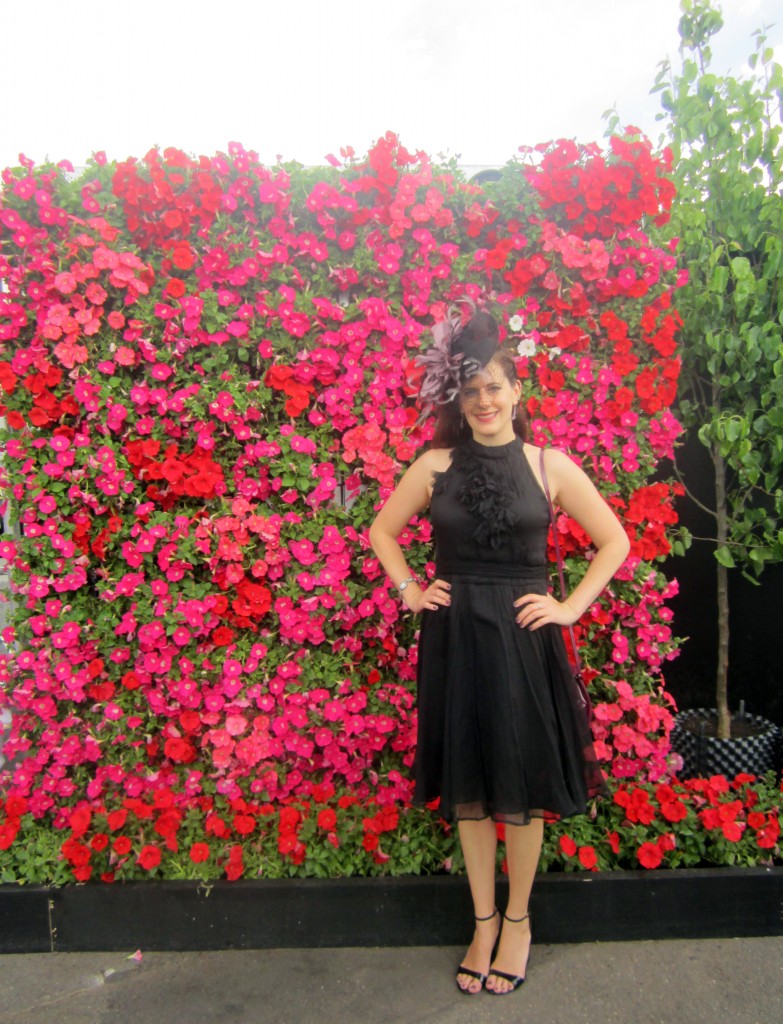 Theresa’s all ready for the Cup

The Birdcage is a mini village, filled with marquees set up by brands and businesses. Imagine Munich’s Oktoberfest, but on a smaller (more fashionable) scale. Thanks to the Victoria Racing Club, The Plus Ones received a media pass to cover the day. I spent the afternoon strolling from marquee to marquee. Huge international brands such as Lexus and Emirates, and smaller businesses like Spotlight were chock-a-block with fancy folks. 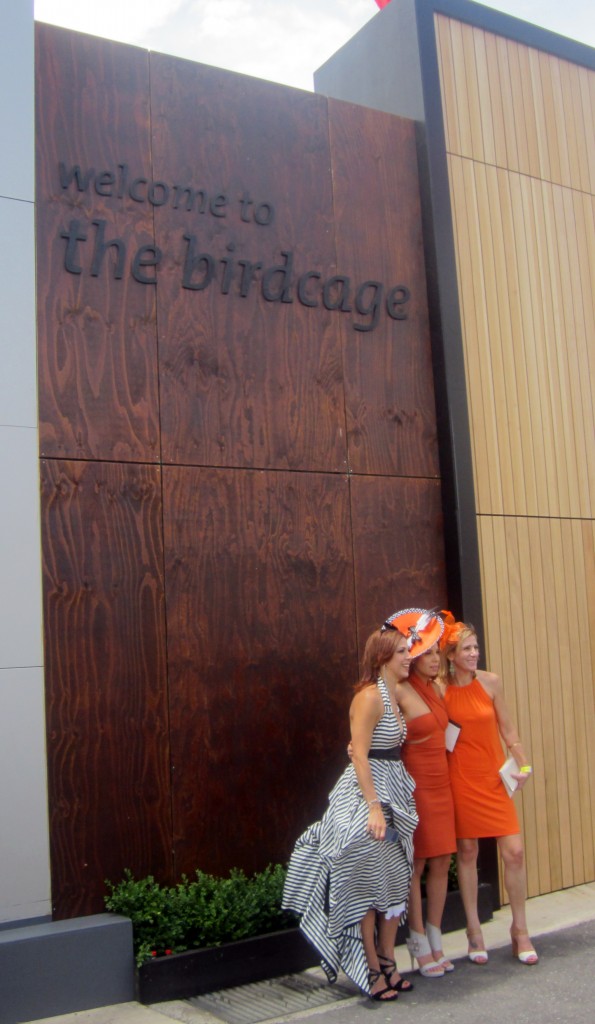 Beautiful ladies at the Birdcage

everything about the Birdcage is stupendous

Celeb spotting is a must, and the endless press releases trumpeted which celebrities would be at various marquees. While I missed out on seeing celebs like Chris Hemsworth (more’s the pity) and Erykah Badu (who performed at Lavazza’s marquee), I did manage to catch glimpses of local millinery celebrity Richard Nylon — plus Liz Hurley’s ex, Shane Warne. “Warnie!” called some happy party-goers as he walked past me. I’m sure the poor guy got that a lot during the day. 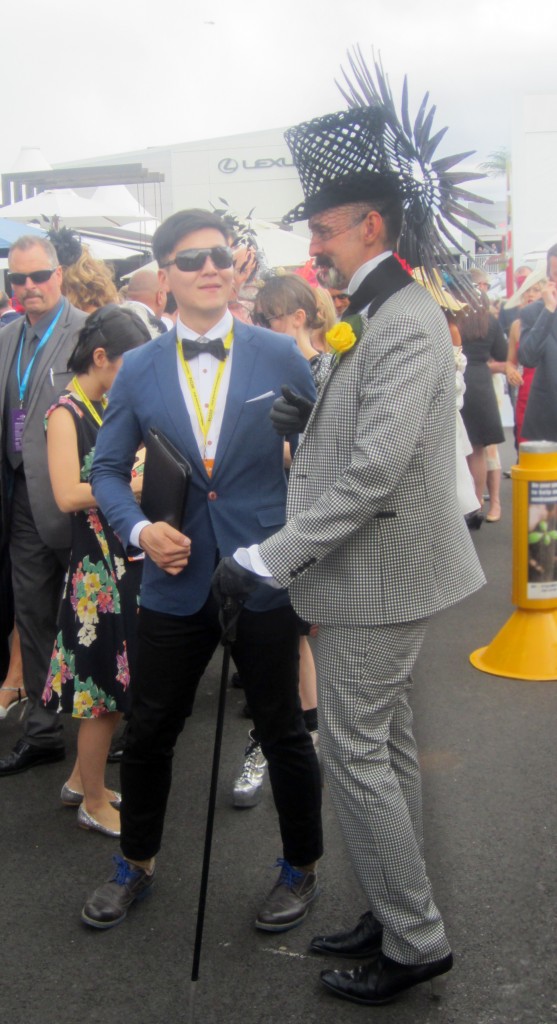 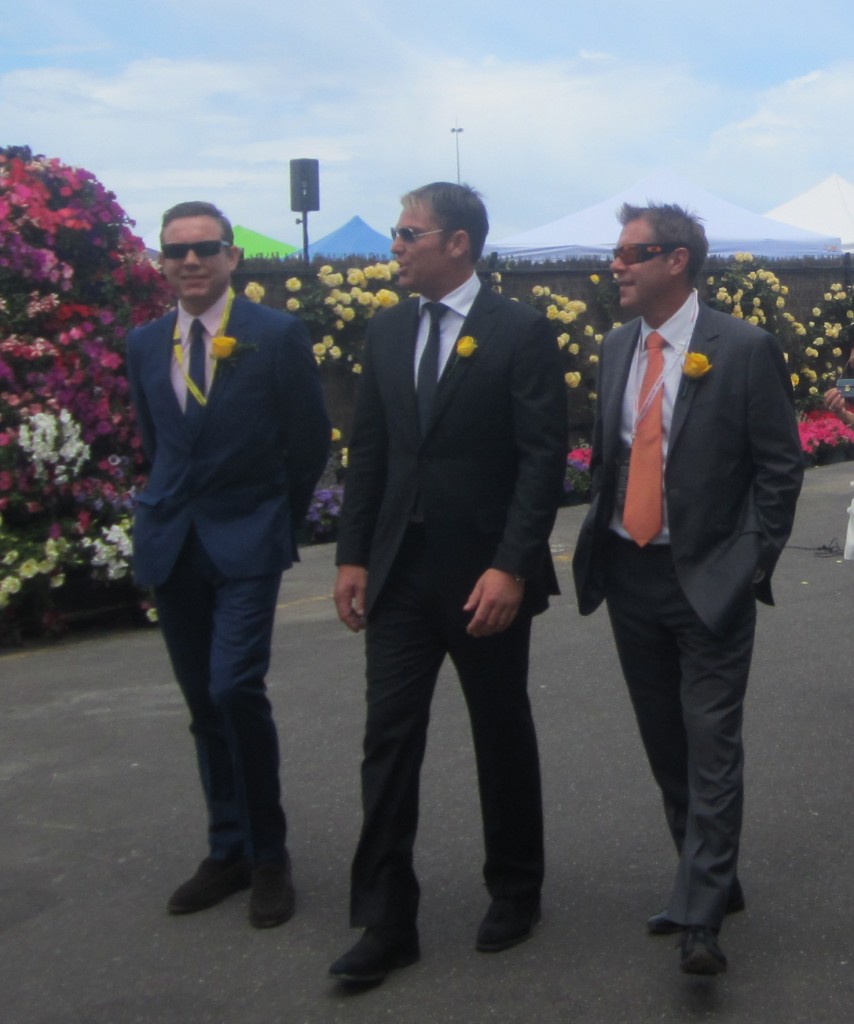 I spent a deal of time in the fantastic two-story James Boags marquee. The #HouseofBoags was hopping, with a DJ segueing into a live band just before the big race. Waiters rushed around passing out canapes, and the crowd downed copious amounts of Boags alongside a fair heaping of champagne. Getting a makeup touchup by Youngblood Cosmetics in the ladies’ room, I joined the crush of the crowd as the big race of the day started. This was one of the best views at Flemington, since we all got to watch the horses thunder past. Two circuits of the track and — boom! — the big race of the day was over.

getting my makeup done at James Boags

The horses vie for the Melbourne Cup

With two more races after the Cup, the atmosphere in the Birdcage loosened up a fair deal. No one there knew of the tragic deaths of two of the horses (I only found out later that night), so the party kept going. Emirates put up a German-themed marquee that looked like a castle. Cuckoo clocks hung on the wall inside, and snacks included pretzels. Fitting since the winning horse, Protectionist, was trained by a German. So when I saw that there was going to be a performance of Schuhplattler, or Bavarian slap-dancing, I was in like Flynn.

Johnnie Walker ‘s marquee was entirely peopled with gorgeously suited men hanging about the balcony, or so it seemed as I passed by (and snapped a few of the be-suited gentlemen in question). Inside, it was all about crystal chandeliers; a baby grand with whiskey on top; and more of the handsome men. Does drinking whiskey make you better looking?

Lexus was all about the flowers: an entire wall full of flowers — decor courtesy of Joost Baker /Mim Design Studios. Of course, they had one of the cars on display, in front of which various luminaries posed for photo after photo. The guests all seemed to be enjoying themselves, with a table-full of merrymakers boogying to the music.

happy partygoers at the Lexus marquee

G.H. Mumm‘s was gold. A huge two-storey open space, the theme was Caribbean and the beats were hot, hot, hot. Upstairs you could get a look from the balcony over the other marquees, or over the assorted guests down below. Since I visited after the main race, the party was much looser. I was even asked by event staff to pose for a celebratory photo — the bartenders were walking around with enormous bottles of bubbles for the crowd. It was a happy, fun atmosphere.

Theresa was asked to pose for a celebratory champagne photo at G.H. Mumm’s marquee

I’d be remiss if I ended without discussing the fashion. You’ve already heard me say how dapper the men all looked. Well, the ladies really brought it. As one of the makeup artists confided to me, she really appreciated how no one was showing off too much T&A. Rather ,the ladies dressed with a modicum of elegance for the most part, keeping it classy. I was able to have a chat with some of the girls who’d competed in Fashion on the Field, who were both lovely (and who worked hard on hand-beading and -flowering their dresses until the wee hours the night before). Everyone, even grande dames, looked stellar. 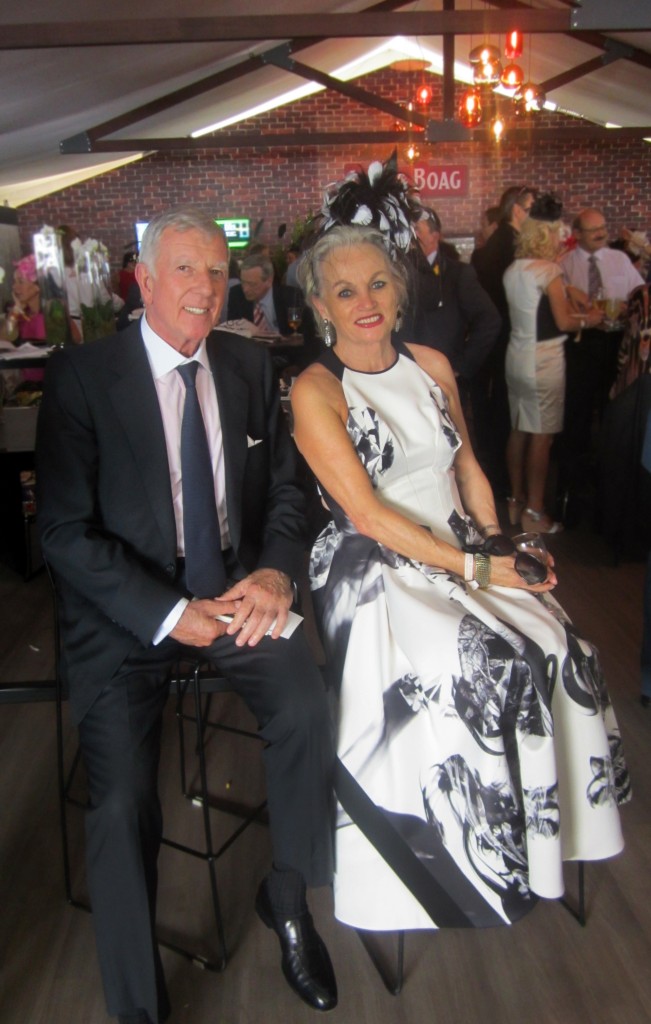 a beautiful couple at James Boags 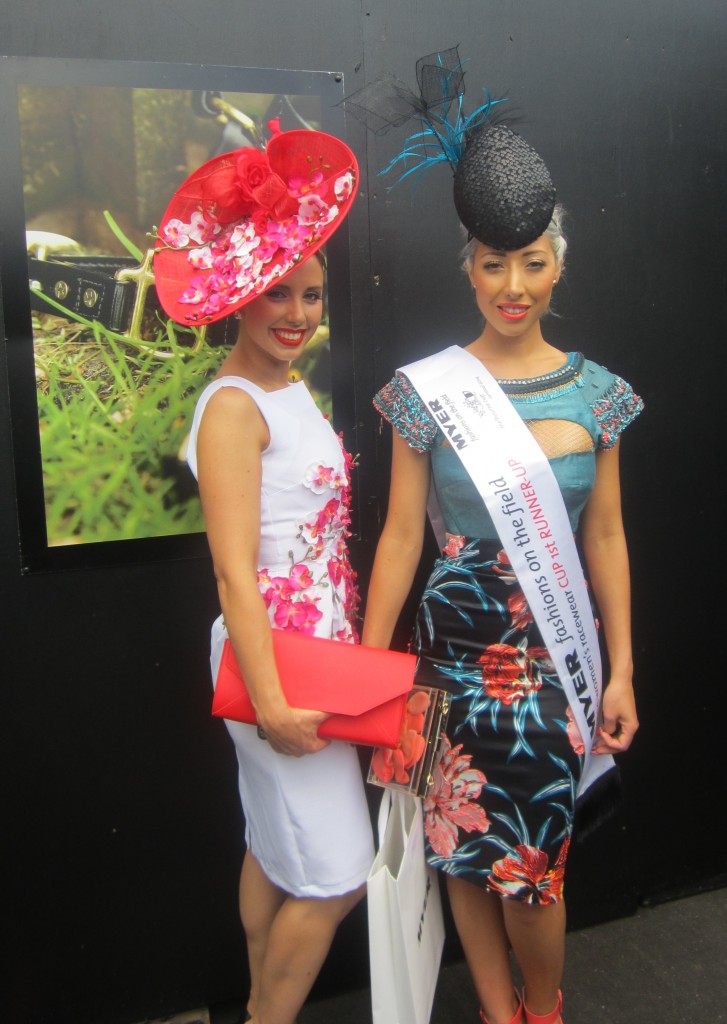 Fashion on the Fields contestants

I’d looked forward to going to the Birdcage for weeks. With no preconceived notions of what it would be like — other than celebrity-packed, with the best fashion of the day — I’m happy to say it lived up to those expectations. It truly is the best way to experience the Melbourne Cup. Thanks to all of the marquees who let The Plus Ones take a peak inside. Here’s to the 2015 spring racing season!

Disclosure: The Plus Ones were invited guests of the Victoria Racing Club.