I gave up the gym for three weeks of whiskey masterclasses.

The Humble Tumbler have been running its food and beverage master classes for the past two years and is the brainchild of Clare Burder. The Melbourne-based company runs out of the Kodiak Club/Little Blood on Brunswick Street in Fitzroy. Courses in wine, beer, and whiskey vary in duration and aim to leave participants with a much deeper sense of appreciation for the chosen tipple. The folk at Tumbler admit roughly 10 people to each masterclass. The whiskey course was held each Wednesday for three weeks from 6.30-9pm. Wednesdays for me are usually gym night — but exceptions can be made.

I started my journey to whiskey some time ago, and like most it was the rough stuff to begin with. Think Johnnie Walker Red Label and the accompanying burn.

The Humble Tumbler’s instructor, Fred Siggins, is one of the most accomplished bartenders in the country. He spent a lot of time behind the bar at Black Pearl, and as expected really knew his stuff on whiskey. Better than that though, he was able to explore the rich history that accompanied the story of many whiskies which added a sense of perspective to each session. I loved one of Fred’s sayings that each expression is unique with its own story and flavours. The course was designed specifically by Fred and all participants received his comprehensive compendium on all things whiskey.

Each we week we explored a different whiskey region:

The sessions are very generous in terms of the tastings and tend to progress from the common dram to some serious stuff. Each week starts with a special cocktail made to showcase the region. You then tend to progress through close to 10 drams (15 mls) of whisky each session. So don’t drive — catch a tram, taxi, or Uber it home. Fred also does a good job of trying to ensure that the majority of whiskies can be purchased by us common folk! 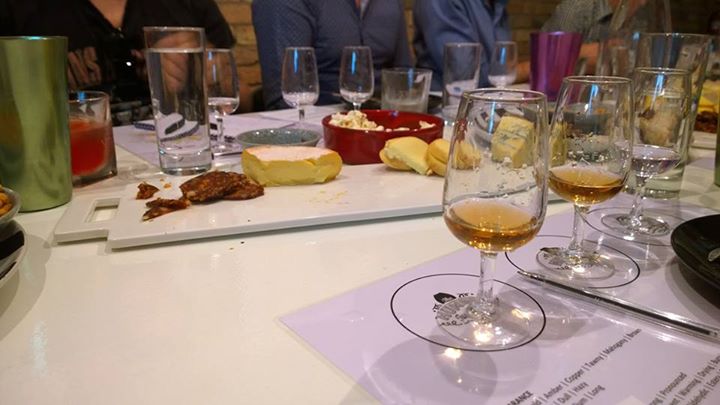 The group’s experience with whiskey varied, but we were all made to feel welcome and there was no whiskey snobbery. In fact, one of my key learnings from the three-week course was that I actually enjoy most whiskies more with a touch of water. This was a bit of a revelation as I always thought that this was a ‘weak’ option that sullied an otherwise pure drink. Not so.

Given the wealth of experience transferred, length of the course, and the amount of food and beverage consumed, I thought the course was great value for money — something we rank highly at The Plus Ones.

Disclosure: The Plus Ones attended The Humble Tumbler thanks to  winning a pass through Yelp (If there’s anyone in The Plus Ones community that hasn’t got onto Yelp yet, you simply must!).

Russian Resurrection Film Festival – The Plus Ones’ Guide