Fresh from a record-breaking 15-week run at the Opera House, SIX blasts into Melbourne’s Comedy Theatre until 21 August.  After listening to our Sydney friends raving about it for months, we were excited that it was finally heading our way.

SIX remixes the history of the six wives of Henry VIII – Britain’s notorious Tudor King – as they take to the microphone to re-tell their stories and reclaim their HERstories, once and for all. Catherine of Aragon, Anne Boleyn, Jane Seymour, Anna of Cleves, Katherine Howard and Catherine Parr. Inspired by the canon of music divas Adele, Lily Allen and Ariana Grande, and with support from the SIX band, Ladies in Waiting, the women transform from Tudor queens to pop princesses as they tell their rebellious tales. 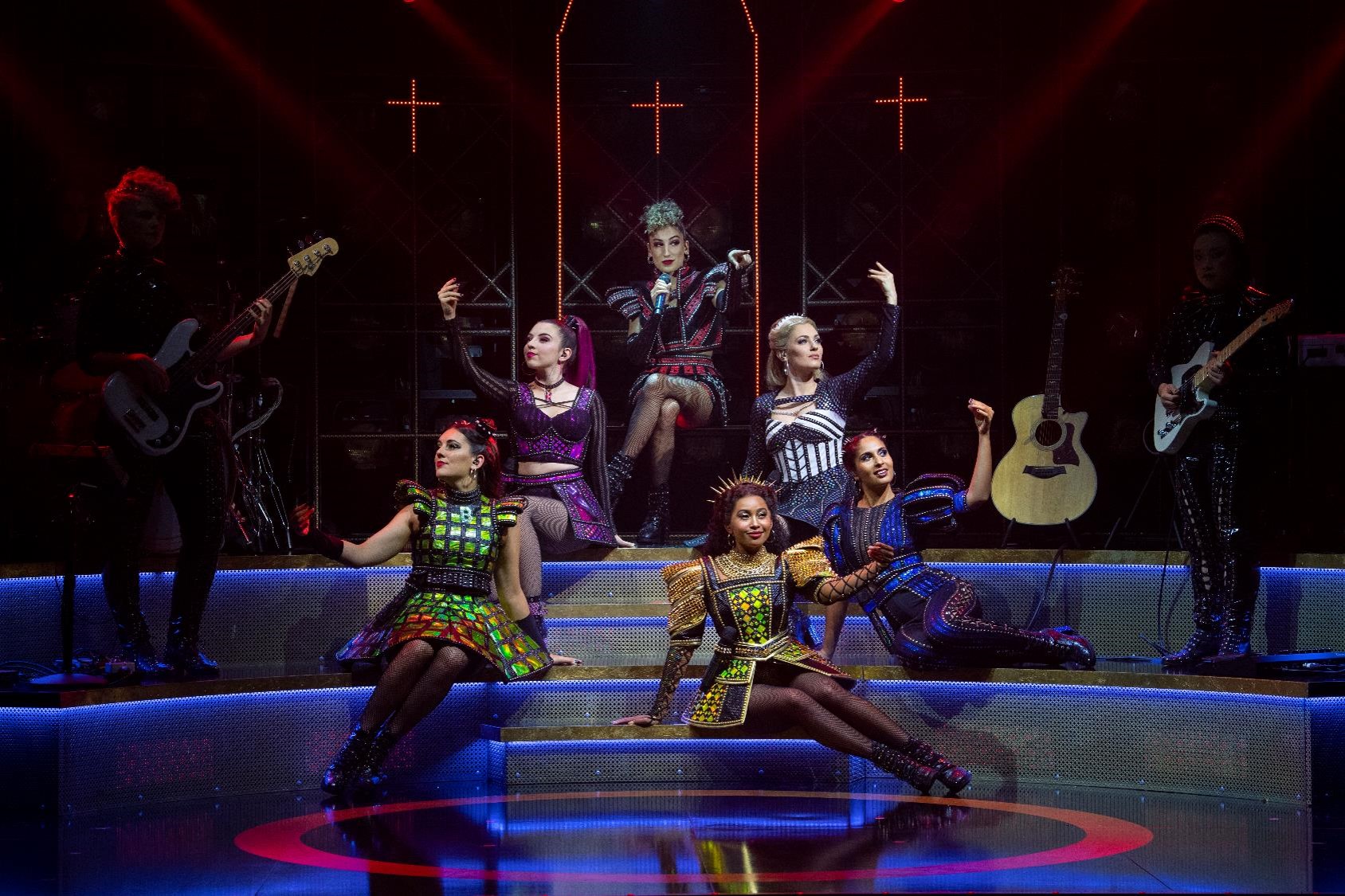 Being opening night we were treated to sparkling wine while we watched the celebs roll in on the purple carpet. I gave my favorite Neighbours star Jacinta Stapleton a wave and we were quickly ushered inside.  The intimate setting of the Comedy Theatre allows you to feel up-close no matter where you are sitting, we would recommend mid-auditorium or even further back, just so you can take in the fabulous set design and lighting, because it slaps hard like a late 90’s super-club.

The show opens with ‘Ex-Wives’, and from the first bars of melody we were willingly suspended in a pure-pop fantasy for 75 exhilarating minutes. The preshow sparkling-wine proved too much for some, with a particular member of the audience popping his cork with his own running commentary, but the concert-like power of the show was no match for him. 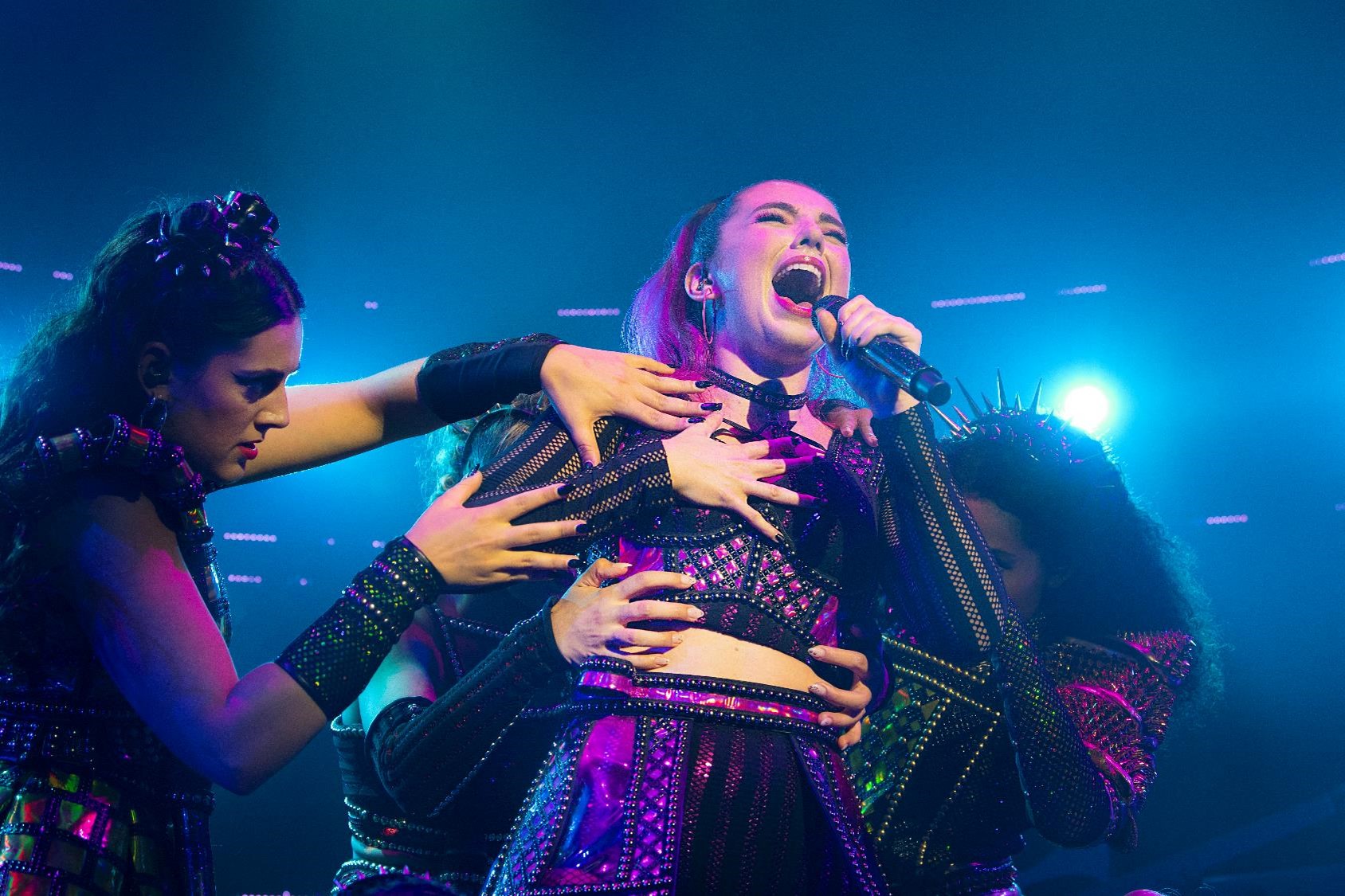 If like me, you missed out on the Spice Girls reunion tour, this production will be sure to satisfy. From the tender-ballad of ‘Heart of Stone’ to the thumping (and totally hilarious) ‘Hous of Holbein’, the queens of Six will capture your heart and leave you wanting more. The costume design plays a huge part of bringing this show to life and dazzle throughout. My Plus One and I agreed that we want our own custom SIX outfit for our next party. 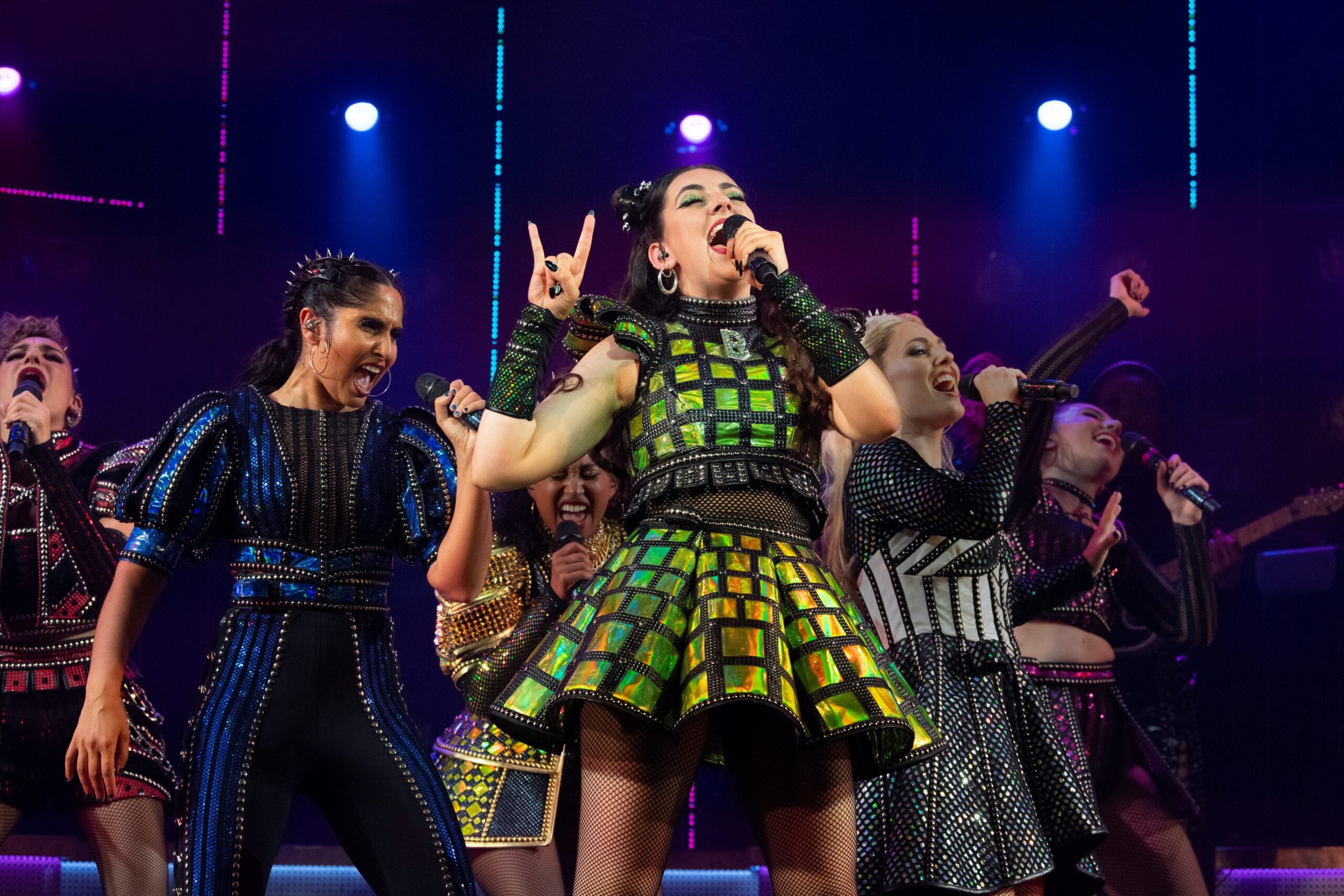 After seeing the show last night, the soundtrack has been on heavy rotation and we are already making plans to see it again. This is one you can’t miss!

SIX is now showing at the Comedy Theatre until 21 August, tickets available here.

Disclosure: The Plus Ones were invited guests of Lucky Star Media