“…we have gossip to discuss…”

You know you are in a Jane Austen drama when such a line is seriously pronounced by a Prominent Person and so opens the sparkling delight which is a world’s first – a singing version of Austen’s final novel about two sisters of very different shades.

Have you missed seeing live music? Live performance? A good script and a perfectly plotted romantic comedy of errors written by the genre’s Master? Wait no more.

Melbourne’s own 24 Carrot Productions, Austen experts, have a ready-made combination of fun, frivolity, moral instruction and entertainment presented perfectly for your viewing pleasure. Come down to the spacious and comfortable Gasworks Theatre to support original composition on eternal themes- women and men, romance, and reputation. ‘Sensibility’ has a different meaning in the 1800s – you need to see this play to learn it. 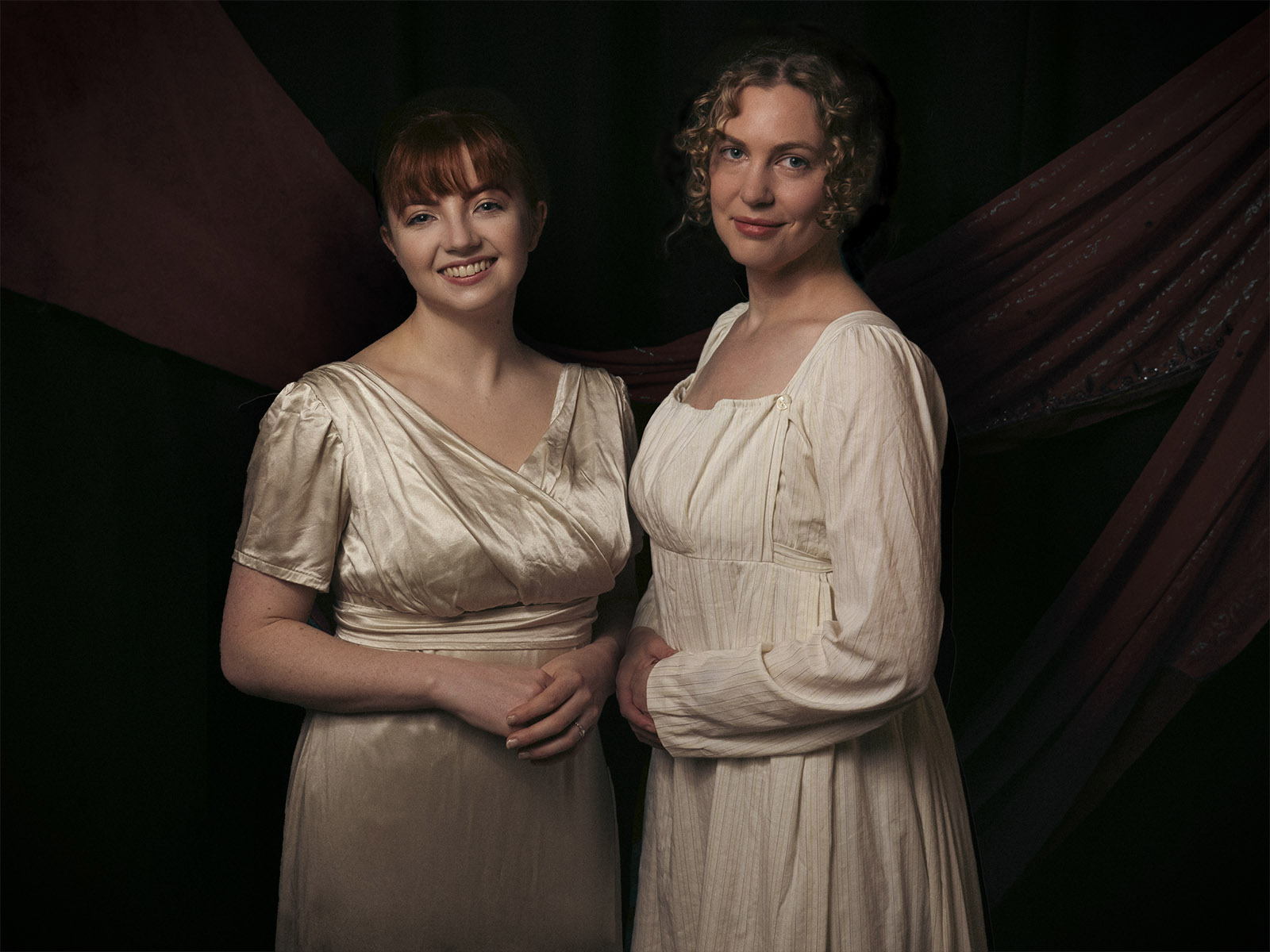 Emblematic of the storied two kinds of womanhood – one demure and suffering, the other naively bold and at risk of exploitation and reputational ruination, penniless Dashwood sisters Marianne (colourful, vivacious, capricious) and her older more serene counterpart, Elinor, are faithfully brought to life from Austen’s book in song, movement, glorious hand sewn costumes, and energetic performances from the 24 Carrot Production ensemble cast.

This work is a dream night at the theatre with song, dance, comedy, good performances and a quality script creating the perfect Regency cocktail – we, the public, have waited so long for work of this calibre! 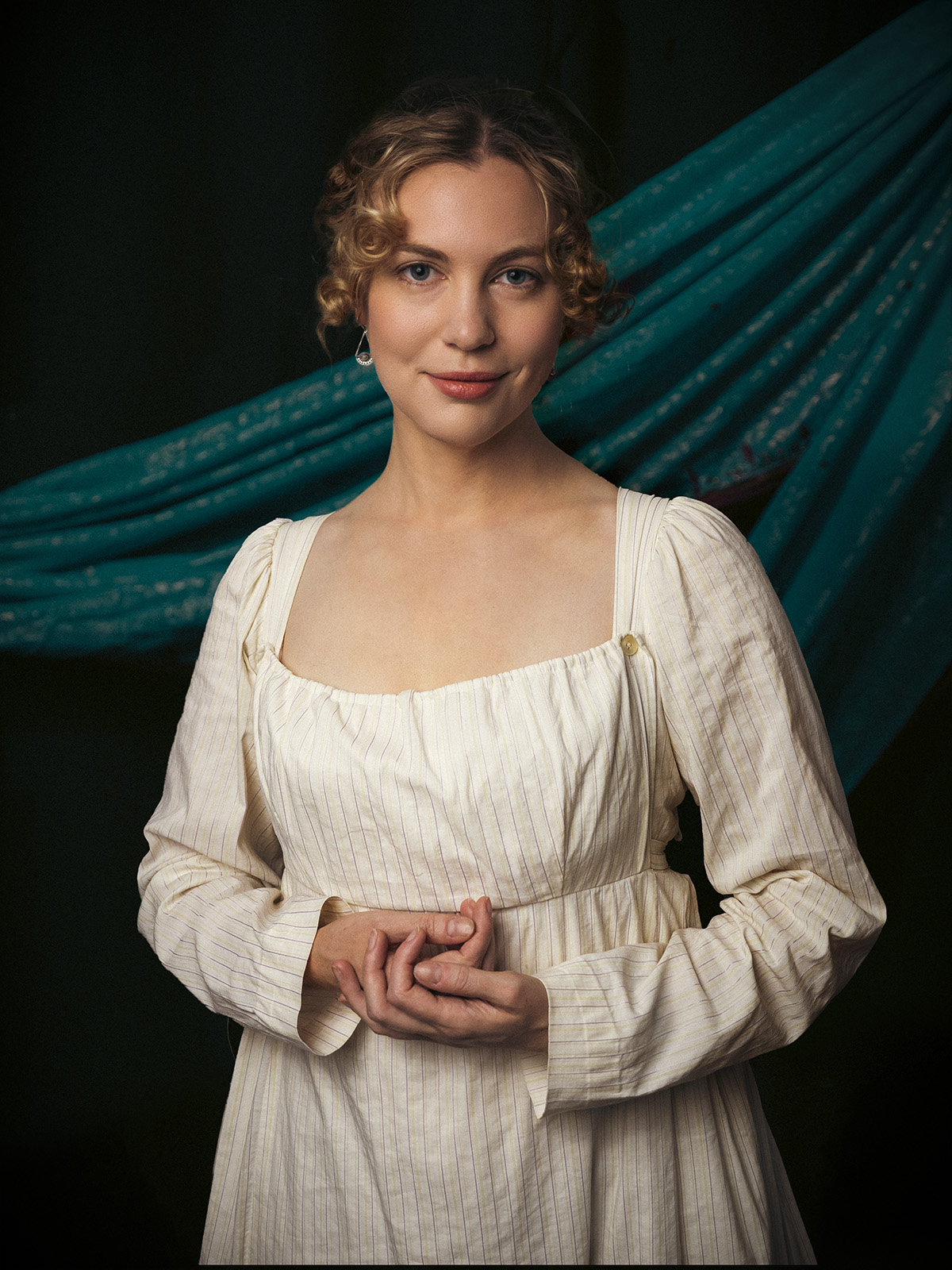 With live musical accompaniment written and dramatically led by Daniel Hernandez, this original work has beautifully engaging illustrations, backdrops and set pieces, with accurate and refined choreography by Jenny Patrone making it a Regency indulgence of the best kind- you know you want the dance routines! After so long home alone or with only ‘close contacts’, there is nothing so pleasant to observe  as a cast of many moving across the stage in voice and artistry. These colourful crowd scenes are very enjoyable viewing, indeed.

Kumar is a profligate adaptor of Austen with serial form– to our great reward, a unique Victorian a talent to be nurtured and celebrated – 2017’s The Margins of Persuasion; 2018’s Second Impressions of Pride & Prejudice; Whodunnit mystery Who Killed Mr Collins and other fabulous fictional adaptations as the fruits of her postmodern endeavour. 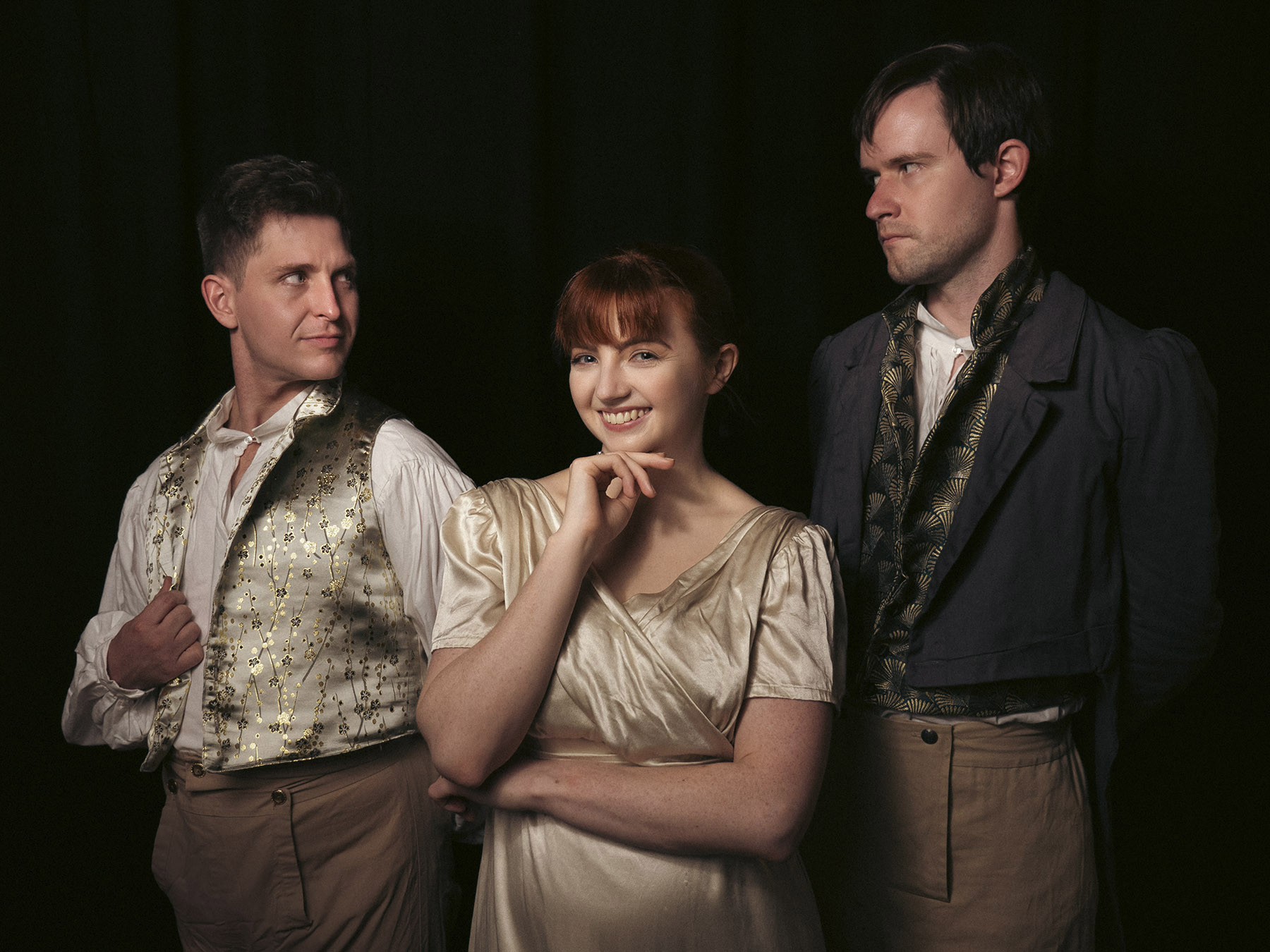 Kumar brings untold or hidden aspects of the play material to the foreground in scenes, such as slavery producing Englands’ wealth so enjoyed by the high society she bitingly satirises; the cultural Othering of the non-Caucasian; and the position of women of limited funds, women and age, women and relations, and women’s agency.

But, it’s not all serious – Kumar attends faithfully to all that is good about Austen- the asides, the irony, the barbs and the public shaming amidst all the formality- she serves up all the goodies you’d expect. The work is an homage to Austen in its writing as well as performance and execution of a talented cast who revel in the inbuilt humour and heartfelt verity in the work- to be honest and truthful, sincere in one’s affections and DTE result in true love and lifelong happiness, not in machination and social climbing. 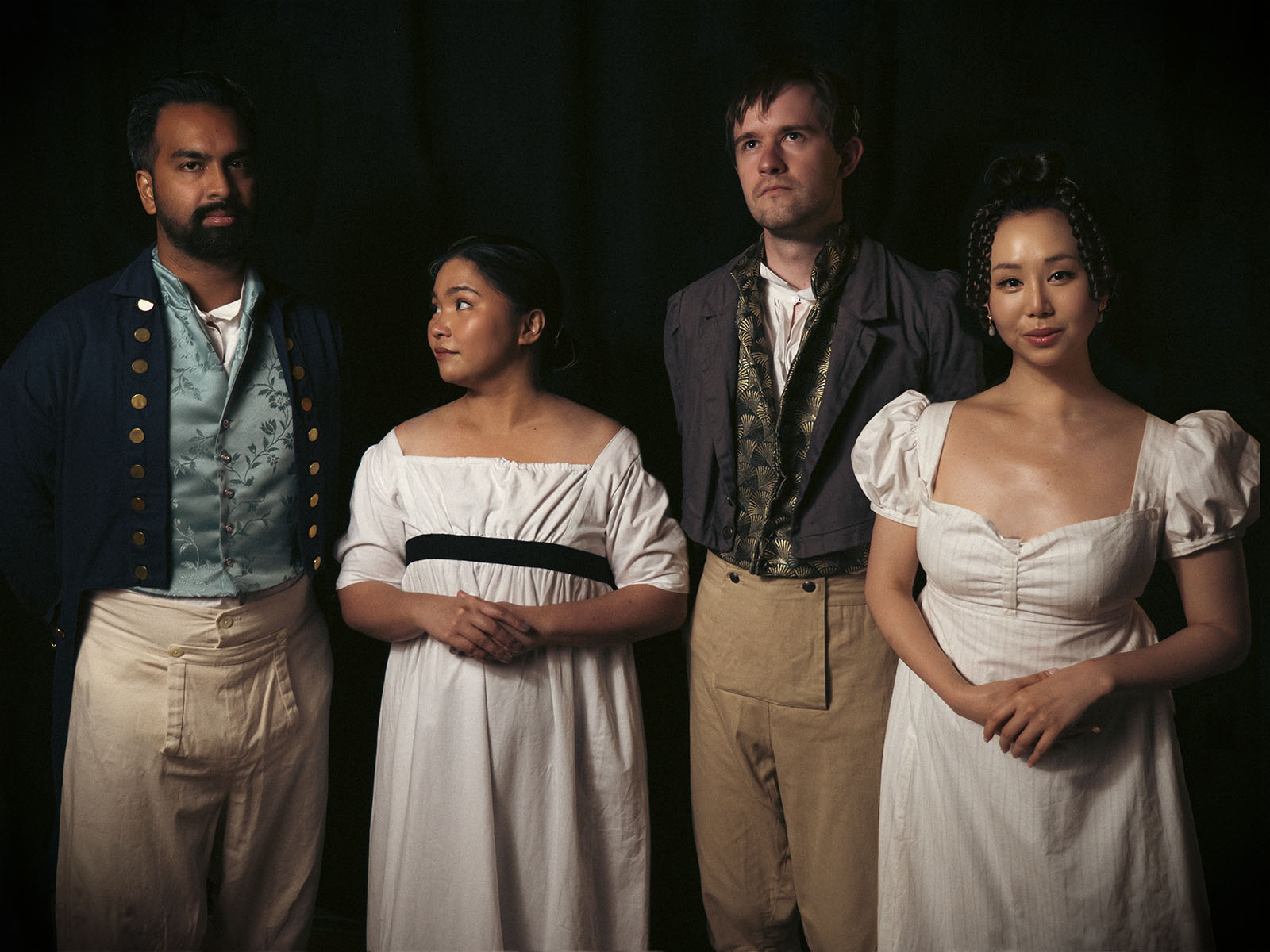 Comic elements are emphasised by Ruth Gilmour as the practical Lucy Steele with Alexander Loadman as Barnaby delivering his lines with enthusiastic aplomb and good bodily gesture. Lore Burns as restrained yet undeniably handsome Edward Ferrars along with Zoe Stokes as idealistic youngest sister, Margaret Dashwood, inject quiet humour into the group.

Vocal standouts are widowed mother, Mayen Estanero, who voice is strong, emotive, deep and powerful, and Chloe Towan as youthful Marianne, who commands as a musical theatre performer of the first order, bringing drama, charisma and emotional projection to her performances. Liliana Braumberger is captivating as the virginal Elinor, the prototypical ‘good woman’ Austen so often contrasted her flawed heroines with. David Kerr as Colonel Brandon and Bradley Storer as catfish expert John Willoughby bring a masculine vocal resonance, providing good contrast to the plaintive feminine accents.

Dust off your satin slippers, curl your forelocks, polish off your waistcoats and straps and catch this very short season run of witty Regency perfection sung with very catchy tunes. You may find yourself joining in.

Disclaimer: The Plus Ones were the guests of Aisling Enterprises and 24 Carrot Productions.

24 Carrot Productions can be supported on Patreon.