With Melburnians surviving a second year of winter lockdowns, I think it is safe to say we could all do with a sprinkling of magic in our lives right now. Thanks to Frozen the Musical, audiences are invited to enter a winter wonderland and for a glorious two+ hours, LET IT GO.

There’s nothing like seeing the magical realm of Arendelle live on stage (especially after a million online meetings and countless hours within a 5km radius of home). Disney delivered everything I hoped for and more on the opening night of Frozen. There were iconic songs, choreographed dance numbers, comedic sidekicks, stunning set pieces, playful puppetry, and a huge ensemble of talented Australian actors. Plus a sprinkling of magic. 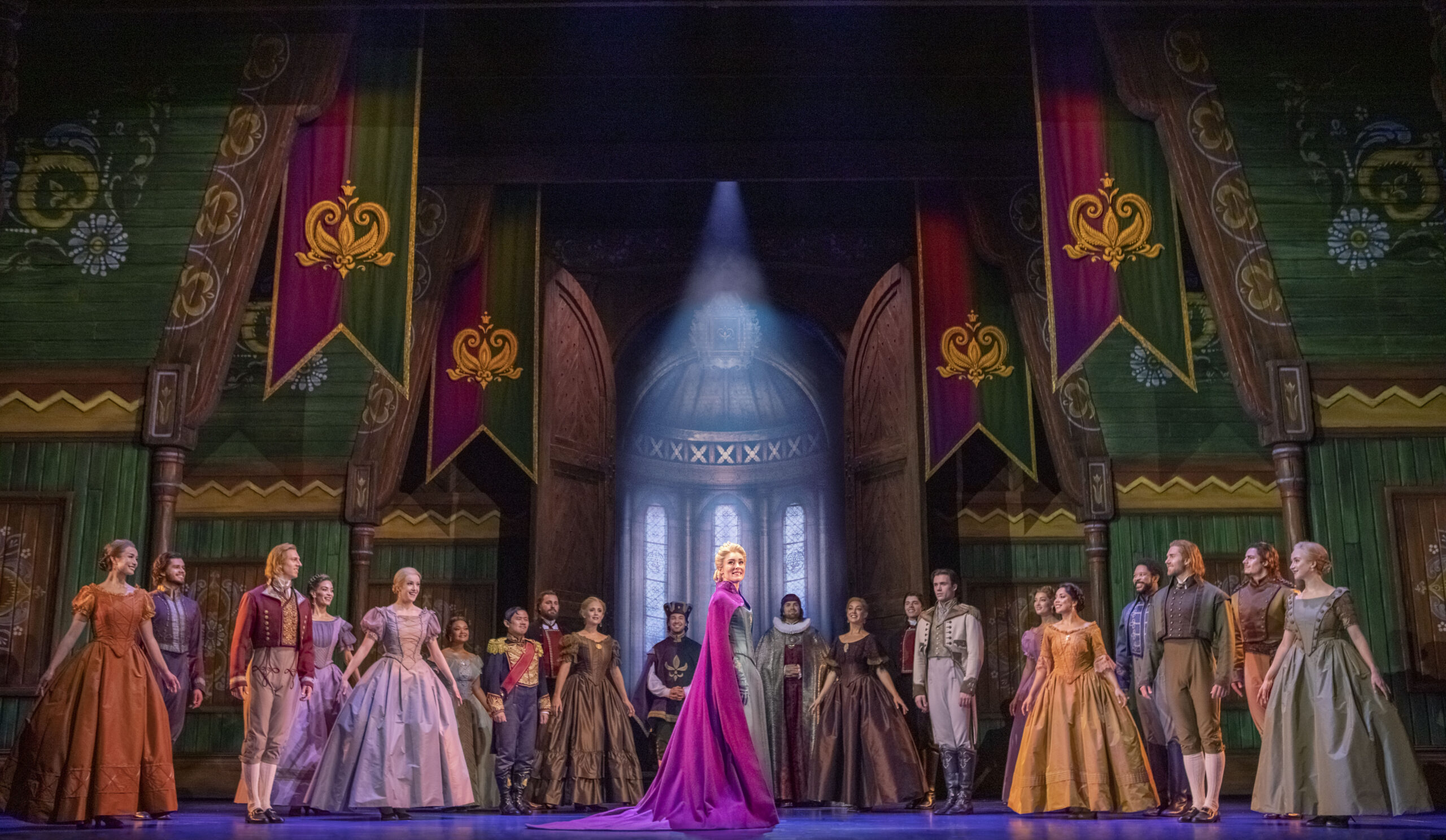 The big budget production is one of the most technically ambitious shows to be staged in Australia. Every detail, large and small, is considered. Elsa’s magical powers are conveyed using everything from sleight of hand tricks to large scale projections ‘freezing’ the set. It takes 65 tonnes of moving scenery to create a royal castle, a frozen mountain top, and a glittering ice palace. On top of this, there are 440 costumes for the cast of 38 performers. Three months of work went into creating Elsa’s ice dress, which is adorned with 14,000 hand-sewn beads and crystals and the custom embroidery on Anna’s ballgown took over 100 hours to complete. Thanks to a highly skilled cast and crew the seamless production appeared both impressive and effortless at the same time. 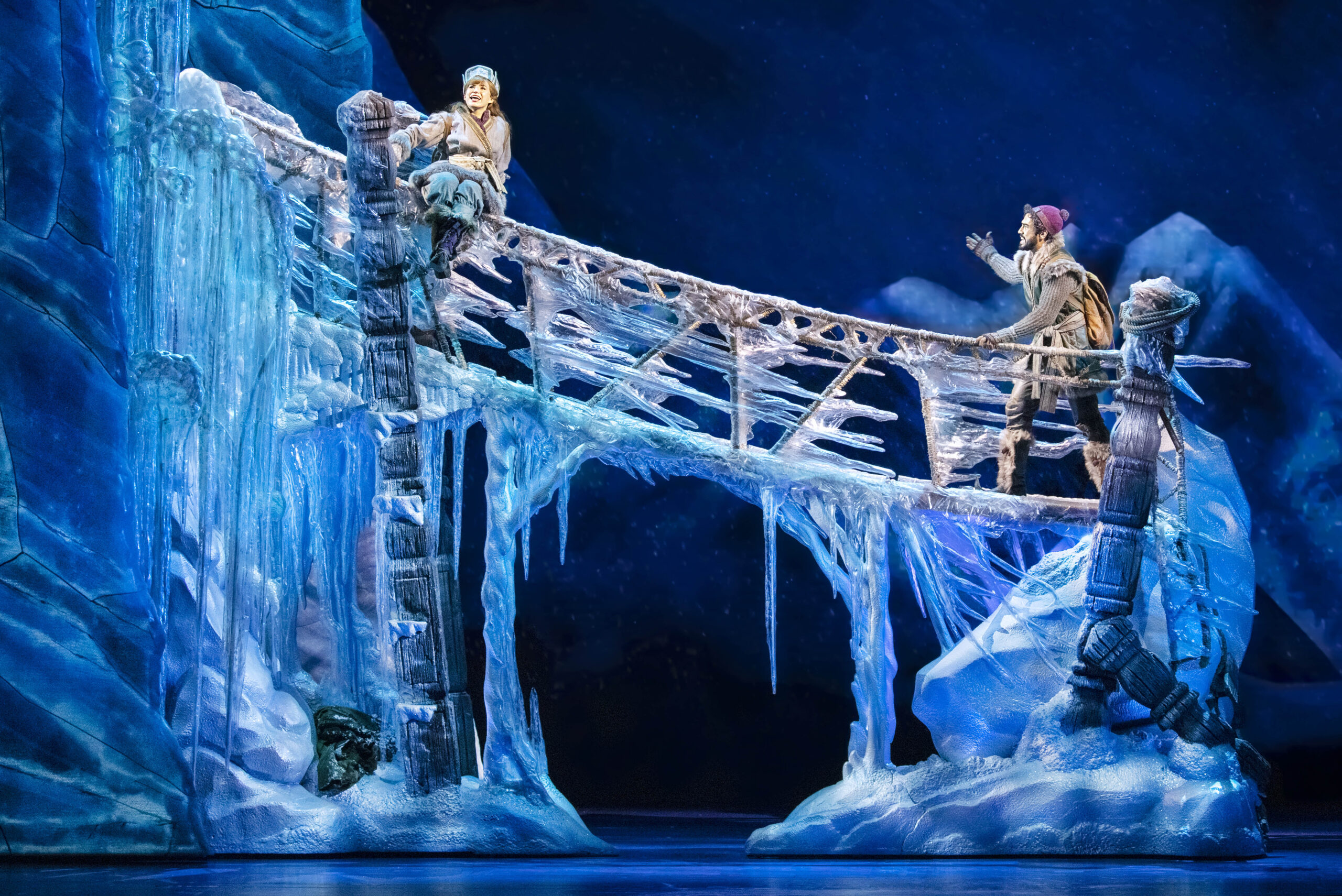 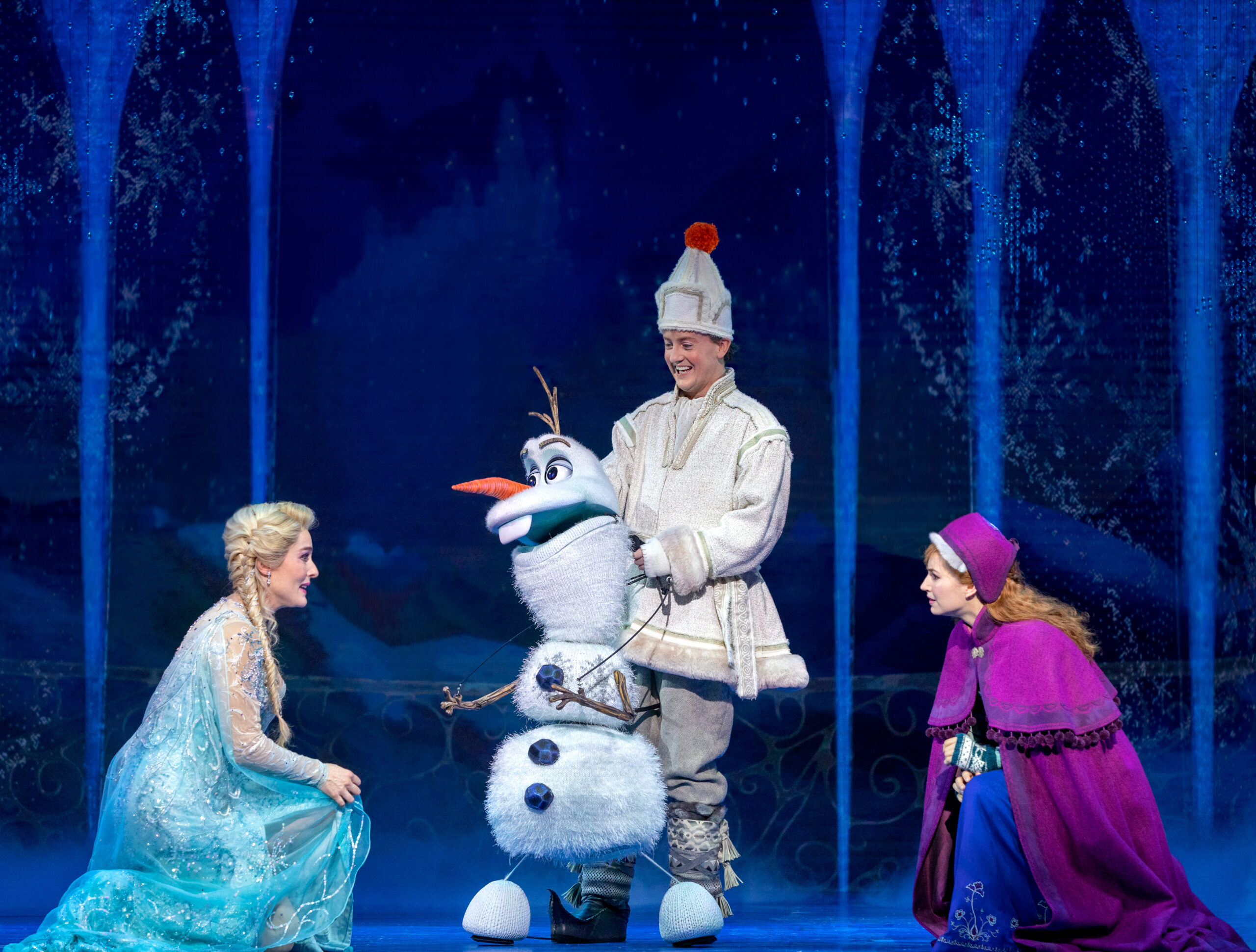 At the core of Frozen is a story about the love between two sisters. The chemistry between Jemma Rix as Elsa and Courtney Monsma as Anna was a delight. Rix’s delivery of Elsa’s icon song ‘Let It Go’ was outstanding and Courtney Monsma charmed as the adventurous Anna. Adding to the Disney cuteness is a rotating cast of peppy pint-sized young Annas and Elsas opening the show. Although the musical is based off a Disney cartoon, the show is mature enough to engage adults, with or without young ones in tow.

The Melbourne production is the first in the world outside of the US and offers an incredible opportunity to celebrate the magic of live theatre. Step into a winter wonderland and let the cares of the world melt away at Frozen the Musical.

– Jenny
Jenny Schmidt is an event adventurer. When she’s not attending live shows, you can find her sampling craft beers and dreaming about using her passport to travel internationally (and not just when she’s crossing the Yarra).
Frozen the Musical is playing at Her Majesty’s Theatre. 225 Exhibition Street Melbourne VIC 3000. Book tickets now.

Disclosure: The Plus Ones were invited guests of The Peach & Pineapple Co.
Photos by Lisa Tomasetti