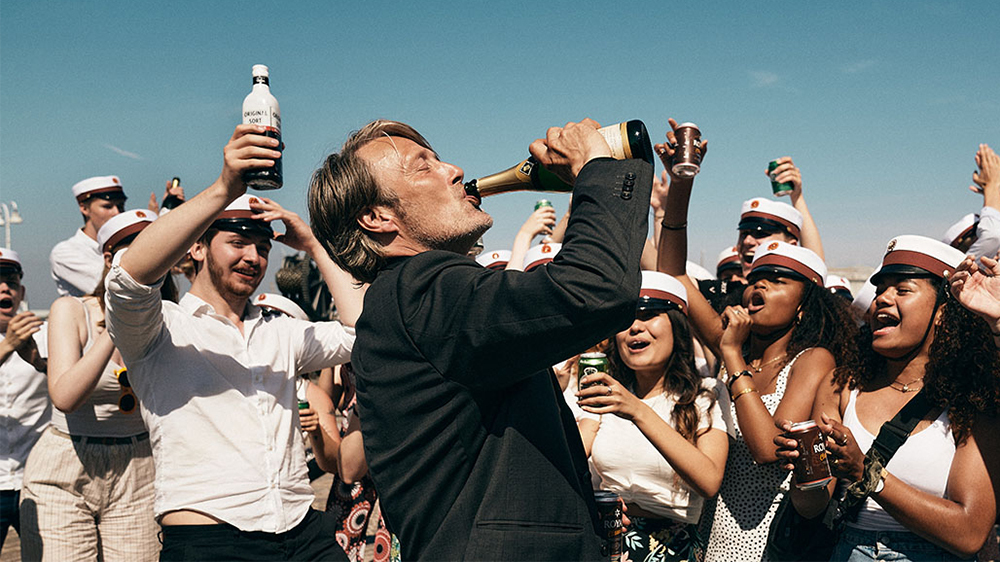 Mads Mikkelsen absolutely shines in director Thomas Vinterberg’s ‘intoxicating’ new film ‘Another Round‘. Having been nominated for the Best Foreign Language Film at the 78th annual Golden Globe awards, we were very excited to see if it lives up to the hype at a recent media screening at one of our favourite Melbourne theatres, Cinema Nova. We were not dissapointed.

Starring Mads Mikkelsen in a near perfect performance, this Danish dark comedy is about four weary high school teachers who experiment with consuming measured amounts of alcohol in their everyday lives to improve their personal and professional lives. Beginning as a theory that humans should be born with a small amount of alcohol in our blood, and that modest inebriation opens our minds to the world around us, diminishing our problems and increasing our creativity these friends quickly learn the positives and pitfalls that being constantly drunk has on personal and professional relationships.

The relationship of these middle aged men searching for some meaning and an escape from their usual routines felt authentic and remained captivating for the entire film. For a film about male friendship and alcoholism, award-winning director Thomas Vinterberg managed to keep humour and tragedy hand in hand as he examines and salutes alcohol’s ability to set people free. This is a great film to see in the cinemas and has left us examining our own relationship with alcohol in the days since the screening.

Another Round opens in Cinemas across Australia February 11, 2021.

Disclaimer: The Plus Ones were invited guests of Common State.
Images: Supplied