If you are a yum cha devotee, fear not; David’s popular $56 take-home yum cha boxes remain available for delivery or pick-up. I went to collect my David’s yum cha takeaway box on a cold, rainy night at the beginning of Melbourne’s second pandemic lockdown. Presented with a giant box (like a pizza box, but an XXL one), my mouth started watering immediately, as the fragrant aromas wafted through. 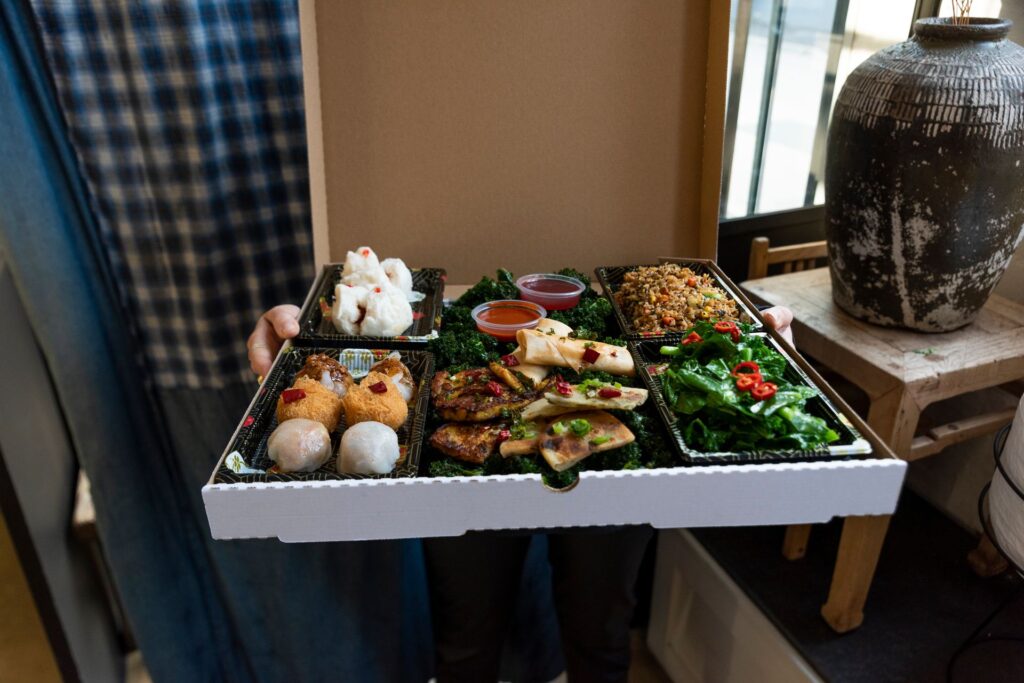 David’s restaurant is known for its Shanghai cuisine inspired by countryside Shanghai. This means the yum cha is slightly different to the Cantonese yum cha typically served in Chinese restaurants. We enjoyed the vegan yum cha box, which is one of two varieties of yum cha available (the others being classic yum cha). The yum cha takeaway box consists of 10 dishes and it suitable for two people. My plus one and I are both big eaters, but were both comfortably full after eating, which is saying something. 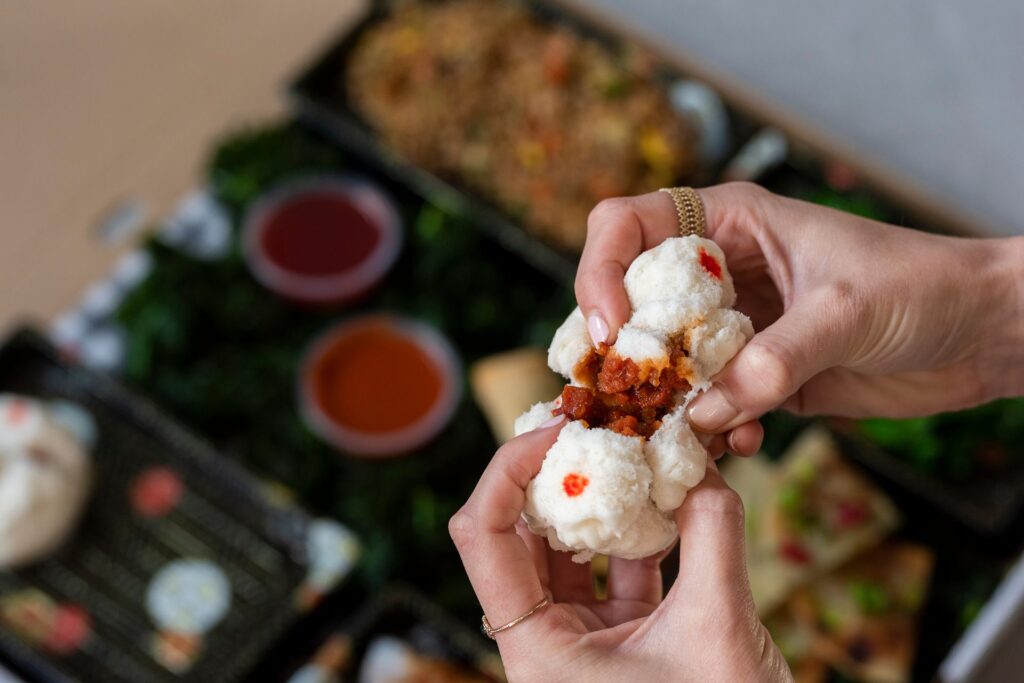 The box had a great variety of dishes, including bbq buns, tofu dumplings, mushroom dumplings, taro dumplings, spring rolls, turnip cake, gai lan, spring onion pancake and fried rice. It was fresh, flavoursome and not too heavy or greasy. We were also treated to a bottle of wine. Naturally, the box comes with a pair of chopsticks and a selection of sauces. 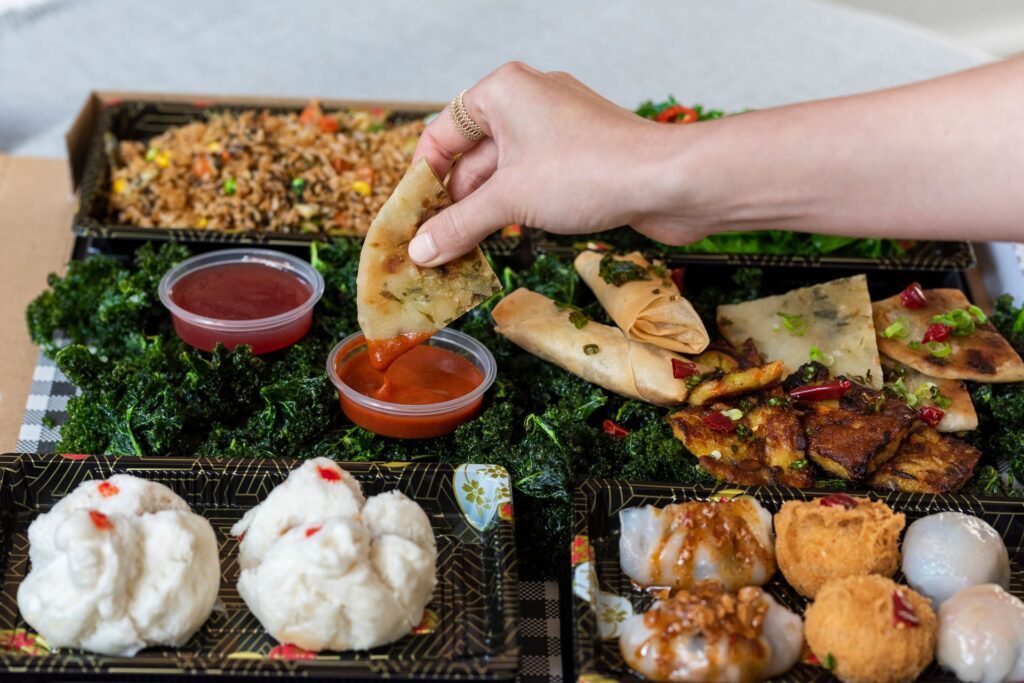 Both the presentation and the food itself made for a wonderful experience and really transformed our weekend. The takeaway box is a great alternative for Melbourne residents sacrificing eating out and would make a lovely gift to mark lockdown birthdays or special occasions. David’s restaurant also has a full takeaway menu, as well as easy to cook at home packs, and offer a delivery service. Whilst I will definitely return to sample the dining-in yum cha experience, I can assure yum cha fans that the takeaway box is tasty, good value and a much-needed treat in troubled times. Pre-order yours for an afternoon or evening feast to remember.

Rachel enjoys all that Melbourne has to offer, from theatre, vegan dining and comedy, to thought-provoking public seminars. Having lived in several Melbourne suburbs, as well as interstate and overseas, the vibrant city of Melbourne is home and she loves sharing its gems.

Disclosure: The Plus Ones were invited guests of zilla & brook Publicity and Production

Celebrating Xmas in July with 14 Days of Cheese!