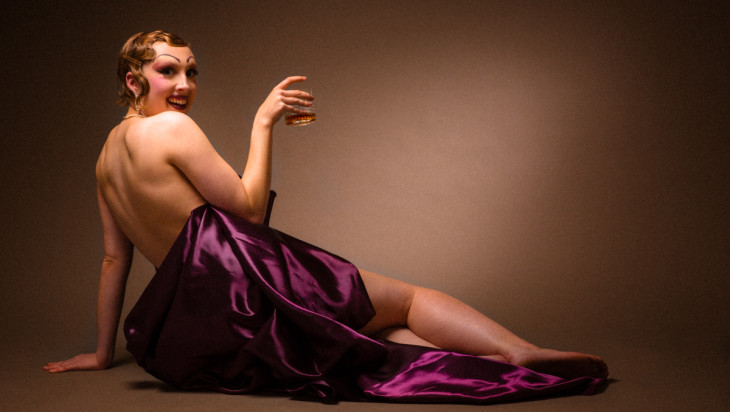 There are many forms and styles of comedic presentations one may stumble upon during the festival, and some of the most impressive involve one performer taking on all of the roles in their self-made tales. Sophie Joske explores such a feat in Woman of the Hour; a gloriously staged biographical epic following the fictional former child star ‘Cassandra Barbitoll’, whose life experiences, battles, and optimism are unsettlingly understandable as they are humorously portrayed.

Joske has a rich and commanding stage presence that absolutely does justice to the hilarious, relevant, and clever material that she has concocted. Each character comes to life with incredible vocal variations and physical attributes. The character of Barbitoll herself, who narrates her own life, is especially engaging: projecting the perfect version of herself at all times, but not to the point that the audience could ever be completely convinced of her own grandeur. It is a delicate balance to pull off so convincingly, yet Joske knows what the subtleties are, and how to nail them.

Joske shows an adept talent when it comes to the variation within the content of her writing and the pacing of her performance. Snippets of certain characters are vile, balancing some of the more comical portrayals present in the performance with some of the horrible realities of the entertainment industry. It is extremely effective to see the performance deal to this in a direct and raw manner. Other characters are paced for maximum comical output, and it is always extremely clear when Barbitoll herself is about to draw the attention of the audience back into her next segue. To those who will, (and absolutely should), attend the show, it will become clear that ‘Woman of the Hour’ is an incredible and absorbing journey crafted and mastered by an extraordinary performer.

Woman of the Hour runs from the 1st to the 11th of April, 7pm (60mins) at The Butterfly Club. Purchase tickets here.

Read The Plus Ones’ guide to MICF 2019, and visit often to see all our reviews.


Disclosure: The Plus Ones were invited guests of Sophie Joske.

Get your Brit on in Tudors To Windsors: British Royal Portraits at Bendigo Art Gallery