I think, at some point, most little girls have dreamed of owning a pony. While I wasn’t so little when I started horse-riding aged ten, all I wanted growing up was a horse of my own. One of the joys of becoming an adult was that no-one could tell me I wasn’t allowed a horse anymore, and my bank balance has never been the same since. An event like Equitana, which has a shopping area larger than Melbourne Central, is very dangerous.

Equitana – the biggest equine event in the Southern Hemisphere – returned to Melbourne from 15-18 November for its 20th anniversary spectacular, featuring demonstrations and masterclasses from some of the world’s top riders and trainers. It’s an A-Z of all things horse, meaning it has a fairly specific target audience, but there’s enough entertainment to keep those not in regular contact with horses interested.

I saw seven of Australia’s bravest horse and rider combinations tackle the puissance, a showjumping competition that tests how high horses can jump over an imposing brick wall. Each combination was not only trying to win, but also break the 39 year old Australian record of 2.32m, which is higher than the tallest basketball player in NBA history. The record wasn’t broken, but the winning height of 2.17m was enough to make me tremble! 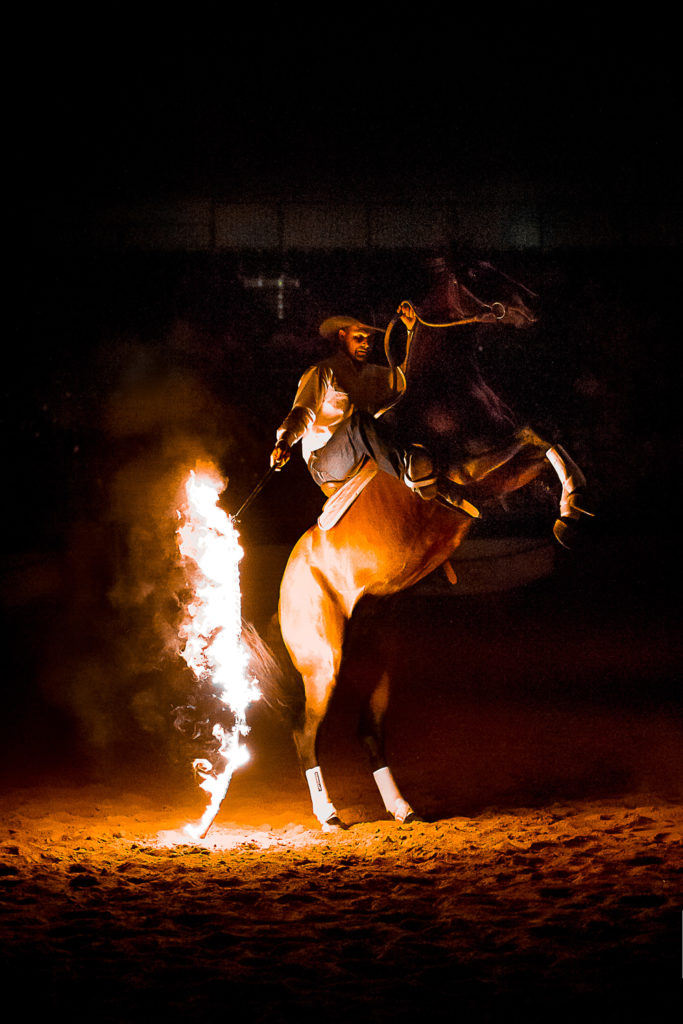 The very popular Double Dans will again be in action at EQUITANA Melbourne.

I also saw hope for Australia’s wild horses in the McDowells Australian Brumby Challenge, where each trainer has only 150 days to transform their brumby from wild to domesticated, before showcasing what their horses have learned at Equitana. Earning the trust of a wild animal is an incredible accomplishment in its own right, and 150 days is a very short timeframe to do this in, but it was moving to see the bond that had developed between the horses and their trainers.

Star presenters for Equitana included eventer Chris Burton who won a team bronze at the 2016 Rio Olympic Games and has also ridden for Australia at the London Olympic Games and numerous World Championships; celebrated American horsewoman Stacy Westfall, a multiple reining champion; and dressage superstar Pedro Torres who is known across Europe for his harmonious classical horse training.

They say the Melbourne Cup is the race that stops a nation…Equitana is the event that brings horse-lovers of all ages together under one roof to celebrate these magnificent creatures. 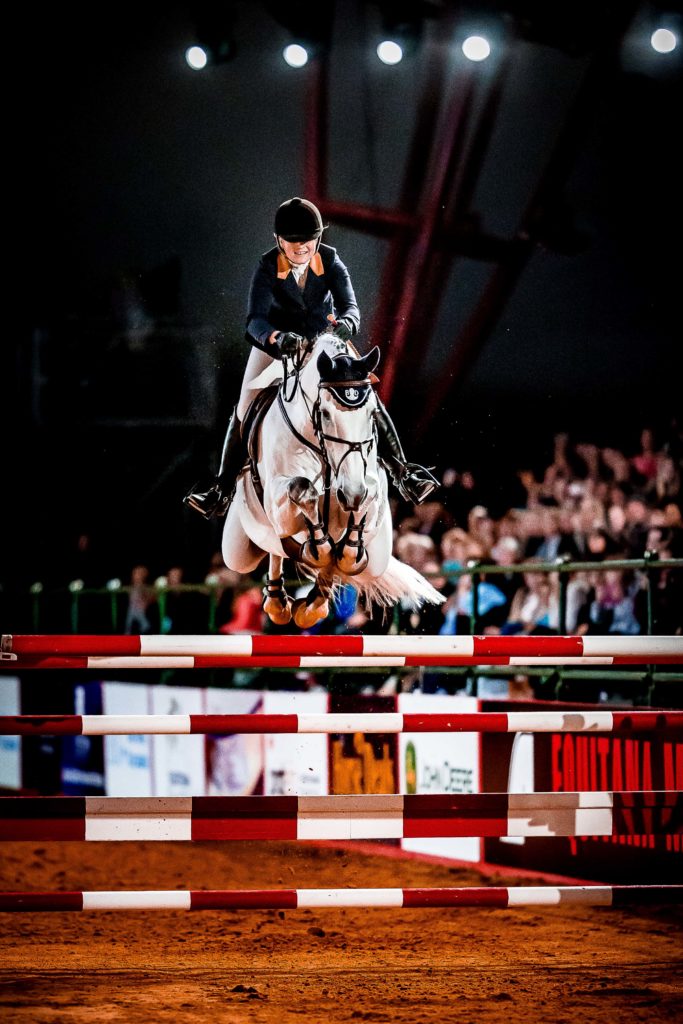 Showjumping at its finest is on the card at EQUITANA Melbourne.

– Charlotte
Charlotte Pordage is a writer/editor from the UK. When she’s not attending events, she can be found riding her horse Rudolph and enjoying a good cup of tea. View more of her work at charlotte pordage.com.

Equitana ran 15-18 November 2018 at the Melbourne Showgrounds. Check the website for the latest news and updates on when Equitana will be coming back to Melbourne. The venue is accessible.

View all posts by charlottepordage →