There were many words I could use to describe A Pacifist’s Guide to The War on Cancer. But here’s the most important one: GO. See this show. This is not just a top pick for Malthouse Theatre’s 2018 season. If you see only one theatrical production anywhere in Melbourne, make it this one.

Bryony Kimmings has gained a reputation for tackling difficult subjects.  (She jokes about airing her dirty laundry to make it easier for other people to air theirs.) Her production about her partner’s depression, Fake It ’Til You Make, was full of humour and heart and had me wiping tears from my eyes as I left the theatre. Things went a step further with A Pacifist’s Guide, as l left with sleeves drenched in snot and mascara covering everything but my eyes. However, let me be clear that this show is in no way an indulgent drama. The production made such an impact because it had real emotions from real people on stage. 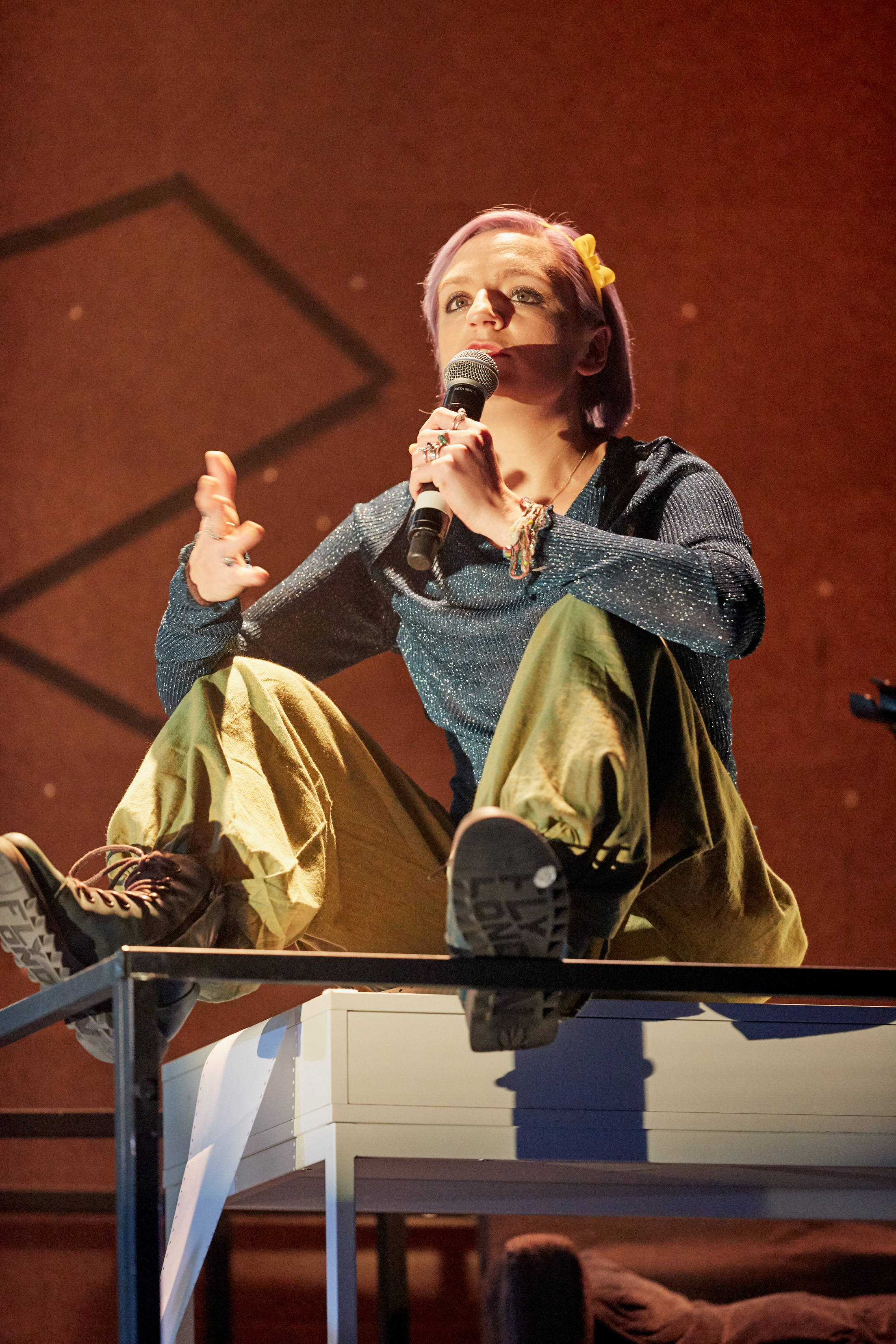 The script was originally inspired by Complicité producer Judith Dimant’s “battle” with cancer. As Kimmings explained, ‘the aim for this show was to offer alternative stories of cancer. The media version is always survivorship, battles, and heroes. That sat badly with me, as a pacifist, as a feminist, as a common person.’ Also key to the story is Lara Veitch. Veitch isn’t a professional actor, but rather a young woman intimately familiar with cancer. She’s described as a ‘flying oracle’ when she enters the stage and perhaps her lack of formal training is what makes her so instantly relatable and likeable. Kimmings explains that the two let their ‘mistakes and darkest moments radiate out into an auditorium with the hope that is somehow makes it okay to not be perfect, to be human and scared and out of control. With lots of laughter and songs to sweeten the medicine of course.’

It’s difficult to imagine performing this gutsy, memorable show every night. Outside the Malthouse Theatre is a sign inviting patrons to ‘come sit in the dark and feel things’.  I highly recommend you follow that advice. As we exited the venue, my plus one observed ‘it’s not often you get a production that knocks an entire room sideways.’

– Jenny
Jenny S. is an event adventurer. She has participated in arts festivals on three different continents (plus a couple of islands).
A Pacifist’s Guide to The War on Cancer runs 7-18 March 2018 at Malthouse Theatre (100 minutes, no interval). Buy Tickets Now.

Disclosure: The Plus Ones were invited guests of TS Publicity.
Production photography credits for Complicité Associates – photos © Mark Douet