Davis conducts Skelton with the Melbourne Symphony Orchestra, in a performance previously staged at London’s Barbican.

“The Dream of Gerontius” is a late-Romantic choral oratorio by Edward Elgar, based on a poem written by John Henry Newman. Far from Victorian in restraint, it is an expressionistic triumph acknowledged as the first great oratorio in modern English. Elgar’s libretto culled 900 lines from Newman’s very long poem, in an edit akin to how screenplay reinvents novel. The plot unfolds thus: Gerontius (the Ancient Greek word for “old man”) fearfully anticipates oblivion on his deathbed, before transitioning to the metaphysical with an angelic companion, meeting with “the Judge,” then resting in “the lowest deep.” Characters in the composition are Gerontius, angels, a priest, a guiding angel, an agony angel, and demons.

Structurally modern and emotionally suffused for its time, “Gerontius” is often performed in England though less often elsewhere. Orchestra, choir, and voice soloists take turns playing out a narrative in two parts, the mortal followed by the immortal. This structure distinguishes Elgar’s composition from his contemporaries, so that the voice soloists are integrated with the music instead of dominating the oratorio. The effect is an experience that is wholly immersive; audiences instinctively empathize as ominous music rises, a chorus of angels hold their breath, and Gerontius frets:

… a visitant / Is knocking his dire summons at my door / The like of whom, to scare me and to daunt / Has never, never come to me before.

Soon after, Gerontius does a Very English Thing, telling himself to pull his socks up.

Rouse thee, my fainting soul / and play the man / And through such waning span / Of life and thought as still has to be trod –

The orchestra is not mere accompaniment for voice, instead introducing several themes that dominate, and subordinate, in developing the narrative.

Stuart Skelton’s assignment as “Gerontius” was previously conducted in 2014 by Sir Andrew Davis with the BBC Symphony Orchestra. (Three days after the Barbican performance, Skelton was awarded an International Opera Award for previous repertoire.) Skelton and Davis, with the MSO, is an opportunity to see a historically important production rarely staged in Australia. Davis is an Elgar authority, frequently conducting English repertory during his tenure with the BBCSO. At the MSO, he has used his background to develop connections with English music traditions; this includes the Proms, period compositions, and reprisals like “Gerontius.”

Skelton makes an everyman hero of Gerontius, as he performs the role with the MSO for the first time, projecting shifting emotions from timorous anxiety to serene acceptance. He intones prayer, lament, rapture, then desolation, in intricate choreography with orchestral and choral sections. Davis brought out the oratorio’s technical complexities, as the orchestra and choir articulated fear, courage, hope, wonderment, and contentment. Emotional nuance and range were summoned up under his baton, from milky ethereal tones to strident timbre. The instance of Judgement was transcendental.

Nathan Berg as Priest (Part I) and Angel of Agony (Part II) was sonorously solemn. Catherine Wyn-Rogers was meticulous and soothing, in her expositions as an angel guiding Gerontius to the Judge. 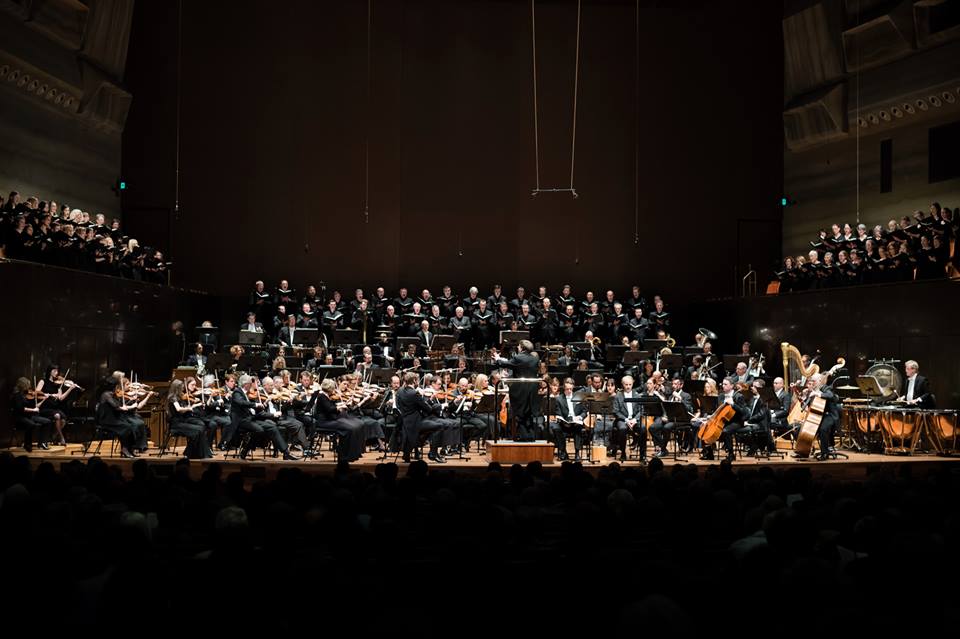 The choir, comprising the Choir of Trinity College (University of Melbourne) with MSO Chorus, was rousing and scene-stealing. As an ensemble they rose to the occasion of Elgar’s complicated harmonies for angels and demons. Angels murmured reassuringly, at one point appealing to a roll-call of Biblical names. Demons heckled clamorously, to which Gerontius turns up his nose, “How sour and how uncouth a dissonance!” What a marvellous delivery for pearl-clutching moments.

The poem’s focus isn’t a bright or light topic, for it describes a dying man’s imaginings of a journey in the afterlife. When it was written in 1895, the English public loved its Catholic vision of mortality, judgement and Hell’s denizens. Not only was the poem reprinted several times, it was translated into German and French. In Elgar’s time, Anglican authorities opposed his libretto for its Catholic origins. Conceivably, to a mostly-secular Melbourne public, religious prose is a quaint throwback to superstition even when reincarnated by Elgar.

Such bias misses out. “Gerontius” (the oratorio and the poem) is essentially a story about personal mythology. We live in a cosmopolitan time, privately telling ourselves stories about where we come from and where we are going. The quest mythos, pre-existing Odysseus and Gilgamesh, is eternal. So, too, is the pleasure in great repertoire.

Sir Andrew Davis next conducts Mahler 9 on March 16, 17, and 19, then the Proms on March 24 and 25 at Hamer Hall, 100 St Kilda Road. Stuart Skelton will perform a voice recital on August 3 at the Melbourne Recital Centre, corner of Southbank Boulevard and Sturt Street. The venues are accessible.

Disclaimer: The Plus Ones were paying guests.

Contemporary now: Triennial at the National Gallery of Victoria