Triennial, currently showing at the National Gallery of Victoria (International), is a free exhibition that asserts the gallery’s recent position in the ranks of high-status art museums. Set on all four levels of the NGV, in temporary exhibition spaces and amidst the permanent collection, Triennial champions contemporary art and design practice. With over 100 works of varying scale, complexity, and depth, the exhibition as a whole is both spectacle as well as provocation.

Here are some important statistics that define the NGV twin sites, on St Kilda Road and at Federation Square. Total attendance figures have exponentially increased since 2014. According to industry journal The Art Newspaper, a record 2.6 million visitors in 2016 made the gallery 19th in worldwide art museum attendance. Considering a tyranny of distance from global art hotspots, and the comparatively small population of Melbourne, ranking 19th is a marked achievement. It places the NGV (International & Australia) in the company of MoMA, New York (ranked 17th) and Musée d’Orsay, Paris (ranked 16th). 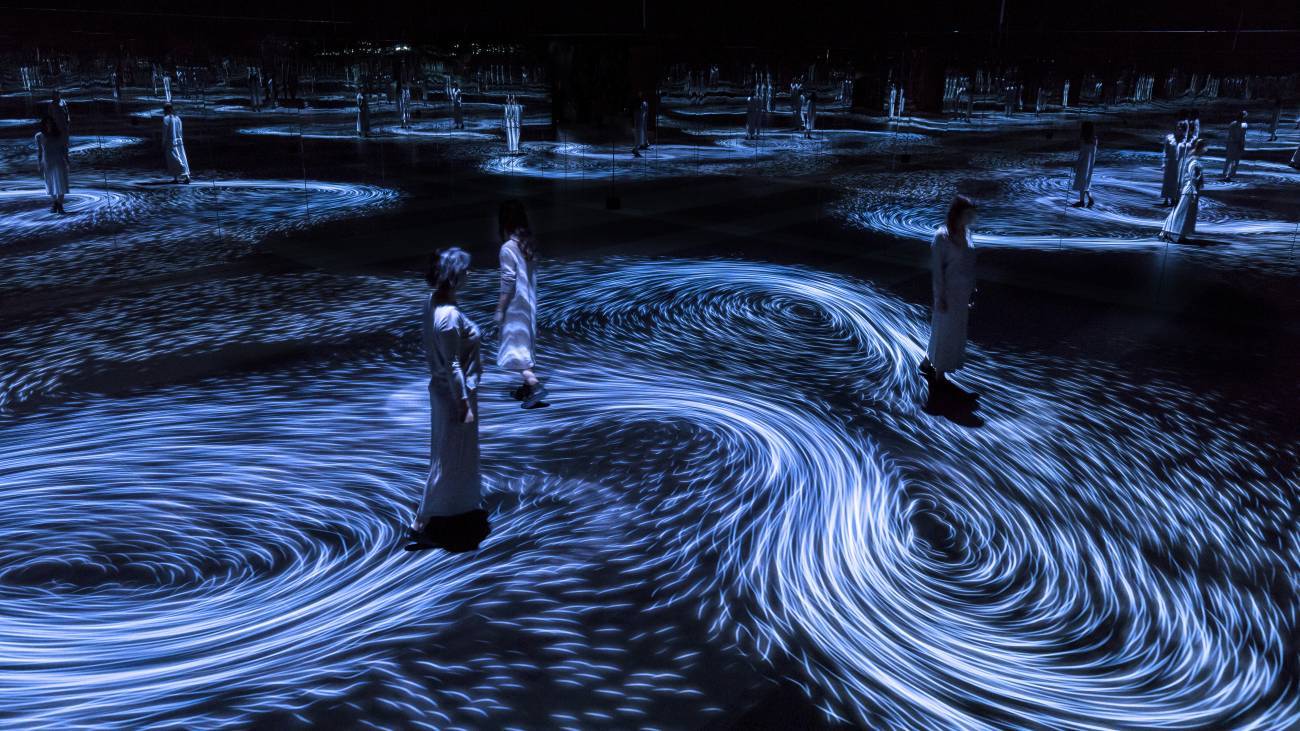 So when the NGV decides to stage a free contemporary art and design exhibition, it is a statement to the art world about the state of art. Per inclusion of ambitious commissions, and the hosting of confronting installations (Incoming; They Cannot Take The Sky) many Triennial artworks are expressions of globalisation and its contradictions. Yet the NGV is also attuned to audiences of our time, for whom art is a social experience, viewed onsite through mobile devices, shared via online personas, and lived through digital media. Included in the 100-plus works are interactive spaces like family-friendly whimsy at Hands On (We Make Carpets 2017), Flower Obsession (Yayoi Kusama 2017), SmellScape Melbourne (Sissel Tolaas 2017), and the infinitely encompassing Moving creates vortices and vortices create movement (teamLAB 2017). Meanwhile, the decorative commercial potential of emerging technologies is explored in Dragon bench (Joris Laarman 2014), Gyro table (Brodie Niell 2016), Manga chairs and Trace light (Oki Sato for Nendo 2015-16). 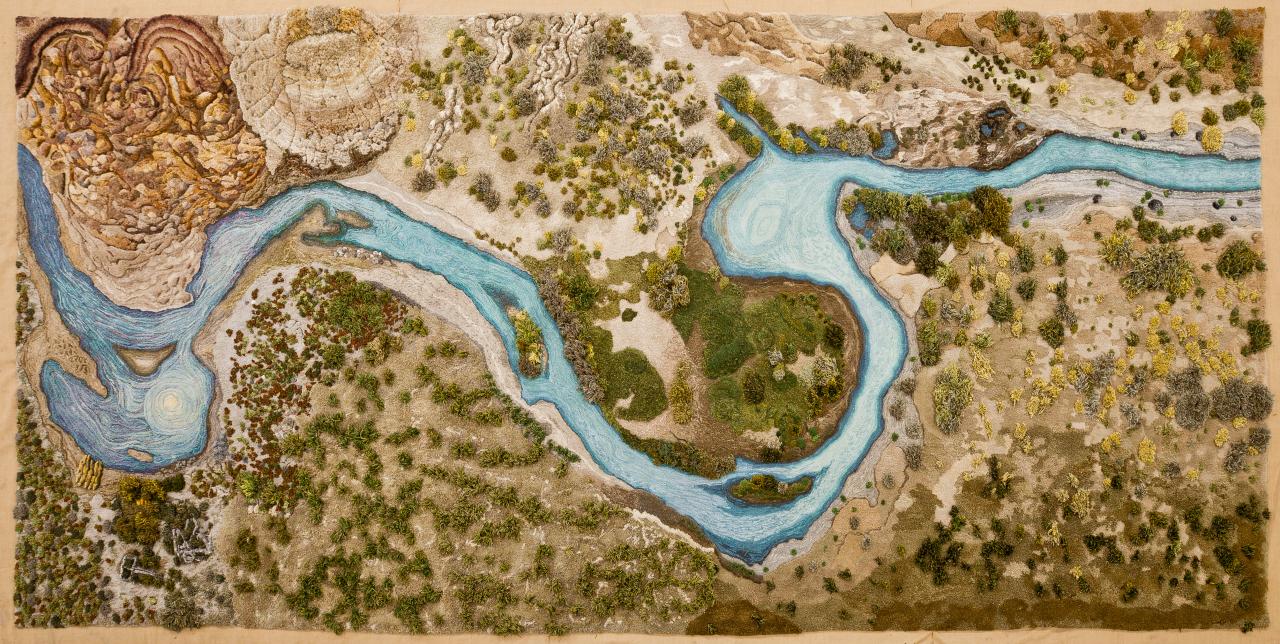 To me, the standout works are commissions of the NGV, which demonstrate the extent of its taste parameters. More than sensation and decoration, the results express ideas that are insightful rather than ironic or esoteric. Floe (Roland Snooks and Phillip Samartzis 2018) combines 3D printing and Antarctic soundscapes to form an ice-white shard that is visually and aurally meditative. Up close, this sculptural cocoon is a demonstration of architectural craft and product design. Another craftwork is a carpet in the tradition of landscape composition and tapestry art, a topographical image of the last free-flowing river in Argentina. Santa Cruz River (Alexandra Kehayoglou 2017) depicts an unspoiled environment pending development, subject to a Chinese-Argentinian proposal of two hydroelectric dams.

In one of the most significant rooms of the gallery, Ron Mueck added a mass of oversized skulls tumbling across a room from stacked corners. On four walls are 17th- and 18th-century figures with impassive gazes, seemingly blasé to their changed surroundings. It is an unsettling effect, a hyperreal installation about the skull motif, in art and in massacre. The contrast between contemporary installation and European oil painting references the evolution of technique and themes over time. Situating temporary exhibits thus not only suggests continuity of tradition, it also invites visitors to appreciate anew permanent collection works.

A work worthy of bespoke exhibition is Incoming by Irish photographer Richard Mosse, who is known for using military-grade tools and storytelling techniques. Previously, Mosse used infrared film to photograph hallucinatory images of Congo; for Incoming he has used thermal-radiation surveillance cameras to document refugees at long-range. Together with composer Ben Frost and cinematographer Trevor Tweeten, Mosse has captured a distressing atmosphere of human exodus across the Middle East, North Africa, as well as Europe. Bereft of skin tones, inverted in monochrome, refugee tragedy appears as otherworldly. If only to challenge the notion of art as entertainment, the film is hypnotising to watch, for its extraordinary empathy.

Triennial is a sequel exhibition to the NGV’s summer blockbuster of 2014, Melbourne Now! Then, the intention was to highlight recent art, expressing ideas relevant to the local present. Now, in showing contemporary art and design by artists originating from 32 countries, the NGV is engaging its global audience in ideas beyond Melbourne. See it, thrice.

‘Triennial‘ runs until 15 April 2018 at the National Gallery of Victoria (180 St Kilda Road, Melbourne). The venue is accessible. Voluntary guides tour the exhibition and collection daily at 11AM, 12PM, 1PM and 2PM. Entry is free.