It is hard to argue the stature of Stephen Sondheim as the greatest composer and lyricist in American musical theatre. His romantic tour-de-force A Little Night Music had its Broadway debut in 1973, and has been a perennial choice for theatre groups to bring to the stage.

A heady, enchanting, romantic comedy set in Sweden circa 1900, it is still best known as Sondheim’s biggest hit and as including the saddest exponent of loss of love and youth in Broadway history, ‘Send in the Clowns’. 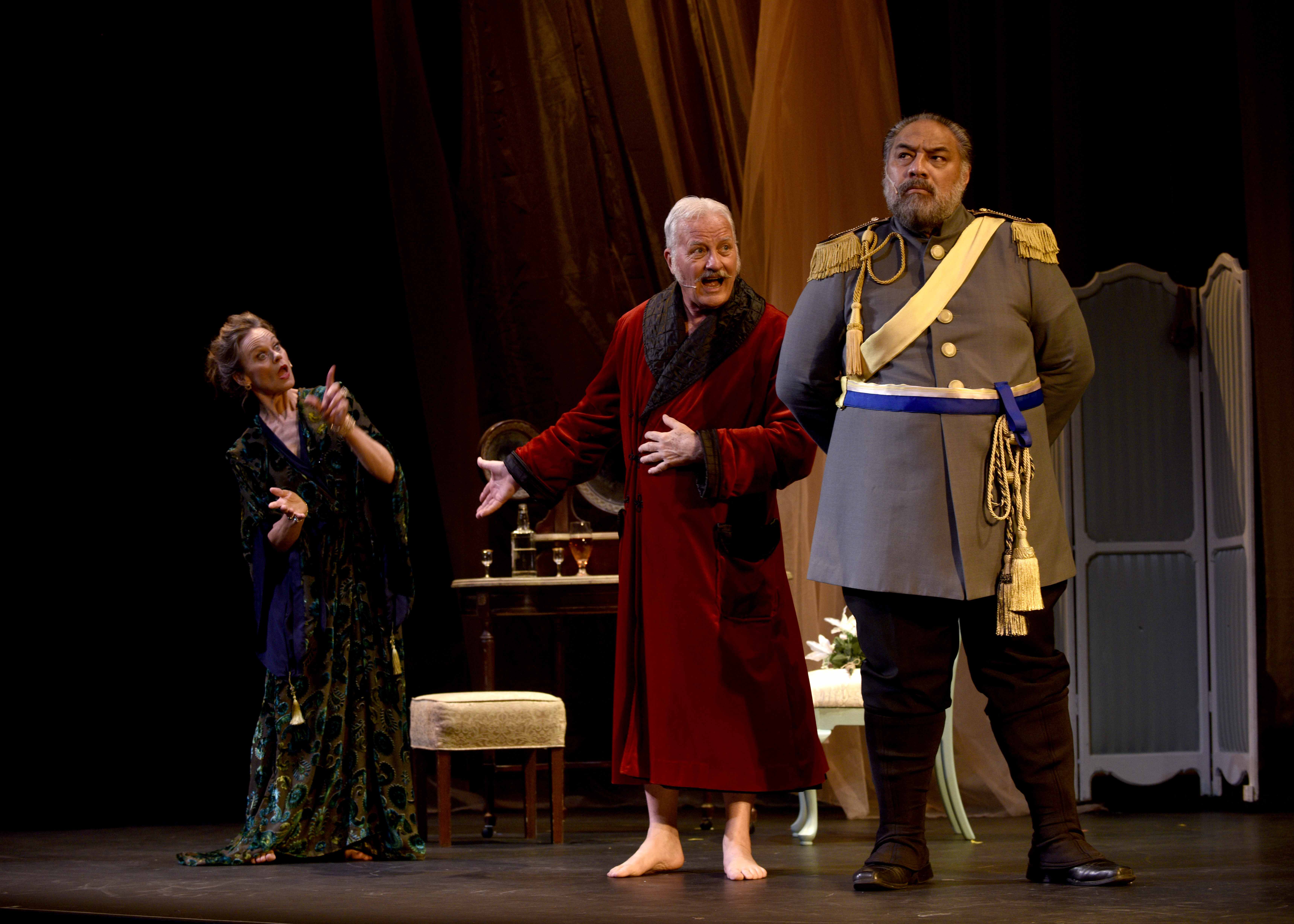 Act I introduces a spider web of several couples and their romantic (mis)adventures. Widower and celebrated lawyer Frederik (John O’May) has recently married the ditzy and virginal 18-year-old Anne (Carina Waye), but at a chance encounter with famous actress Desiree Armfeldt (Nadine Garner) rekindles old love. Desiree loves Frederik back, but is still entangled with the extremely jealous (and married) Count Carl-Magnus (Eddie Muliamaseali’i) who enlists his despairing wife Countess Charlotte (Johanna Allen) to make sure that his mistress remains faithful.

Meanwhile, Frederik’s young son Henrik (Nelson Gardner) is constantly mocked for his religious righteousness, but despairs at how many nocturnal mortal sins have been proffered to his stepmother Anne, with whom he is deeply in love. Maid Petra (Anna Francesca Armenia) satisfies Henrik’s unhappiness freely, and completes this romantic-heptagon. 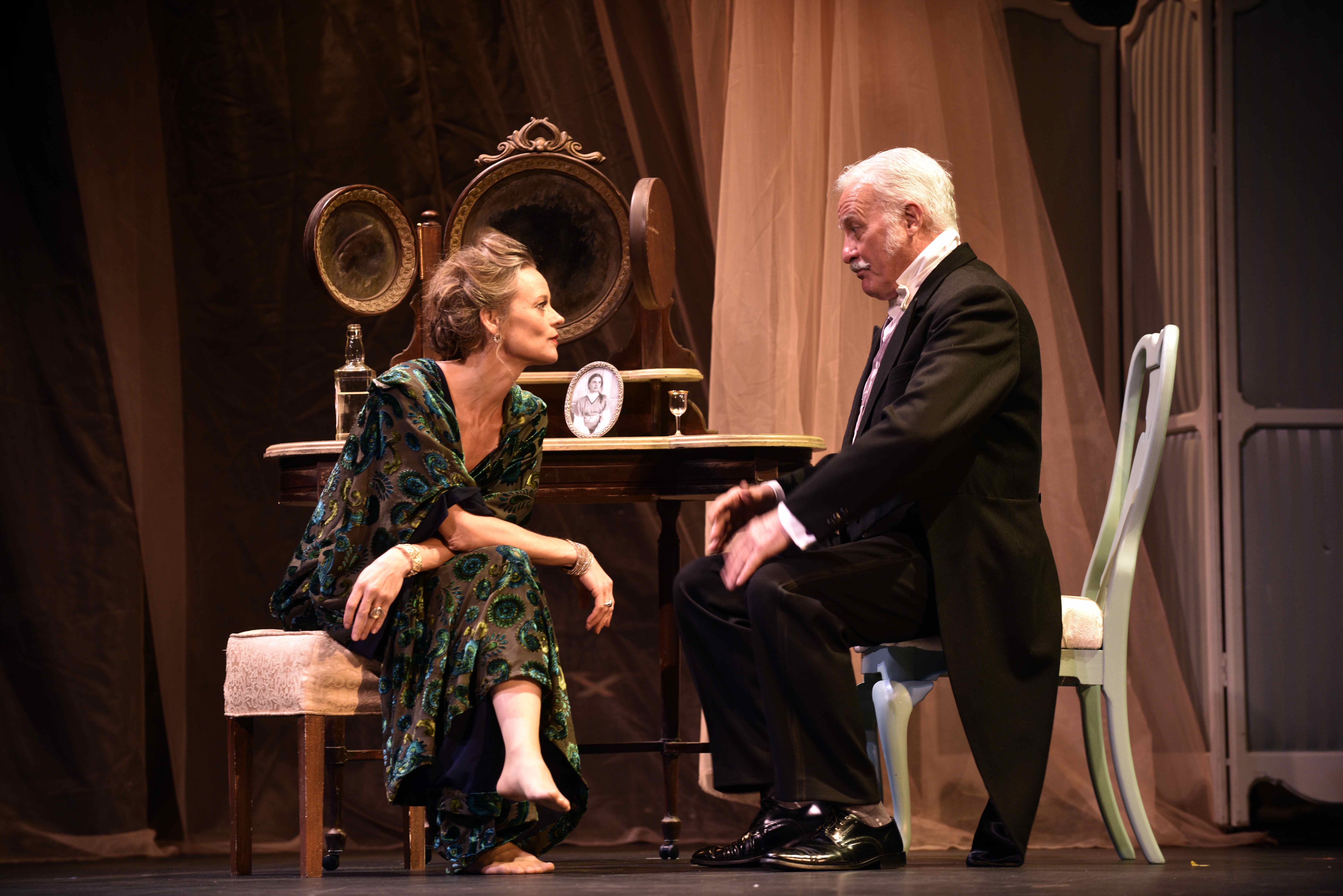 Drama reaches a boiling point during Act II, where all couples are invited by the jaded matriarch Madame Armfeldt (Jackie Rees) and her nonplussed granddaughter Frederika (Grace O’Donnel-Clancy), herself the likely love child of her mother and Frederik.

For the duration of the farce, a quintet of lieder singers comment on the risqué and humorous shenanigans, serving as a Swedish Greek chorus, with expert operatic voices and delivery, and intricate harmonies.  Music is performed live with a small chamber orchestra gracing us with the excellent score. 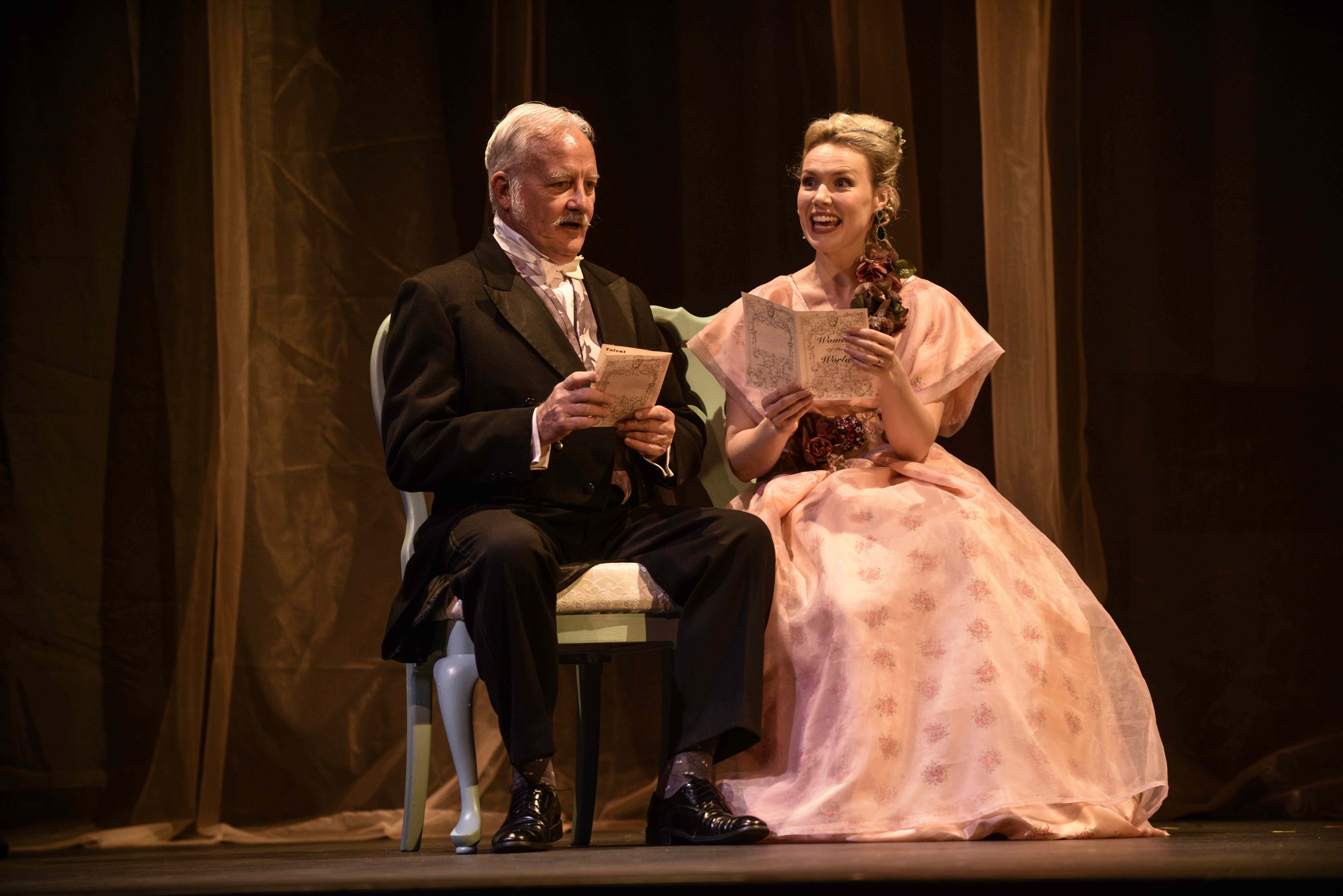 The Australian performers for this production of A Little Night Music have been exquisitely cast and give perfectly pitched performance. Each moment we spend in the company of any particular character is enthralling, making the two-and-a-half hour runtime never feel dragged. It helps that the lyrics and script is chock-full of Oscar Wilde-like witticisms, provoking countless belly laughs. An utter delight.

– Christian
Christian G. is an international man of mystery; lover of books, cats, and the performing arts; moonlighting as a finance professional by day.

Disclosure: The Plus Ones were invited guests of TS Publicity.
Image credit: Jodie Hutchinson.

‘Beautiful – The Carole King Musical’ at Her Majesty’s Theatre