With the flashing vigour of a flying Sherrin, a trio of footy-mad sheilas huddled to elevate all things women’s AFL on high in Footy Girls, as part of the Melbourne Writers Festival Schools Program.

Featuring long-time AFL commentators Alicia Sometimes and Nicole Hayes, with very special (and tall!) guest, inaugural national women’s competition player, Collingwood Football Club’s Emma King, they talked roadblocks to women’s participation and the run up to the first ever official season this year, and beyond. This league holds all the things that make AFL dear to most Australians: athleticism, competition, equity and fairness, and triumph over struggle. A friendly discussion, it didn’t shy away from some still thorny issues, such as an equivalent full season to the men’s, and equal pay.

Sometimes and Flynn are experts in this area. Both ABC podcasters in Outer Sanctum, and longtime agents of change, they co-authored a 2016 book, From The Outer: Footy Like You’ve Never Heard It, comprising 30 personal AFL stories from people often invisible in the mainstream media league representation, from the LGBTIQ, indigenous, female, multi-ability, or international communities. Later, they held a book signing for their newest release, Footy Girls Guide to the Stars of 2017.

How women get to become national players was mapped. They talked enjoyment of childhood practice, shadowing male siblings in early training, the cut-off age that stalled a girl’s progression into adult competition, and the new era we are on the cusp of.  Both King and Hayes faced invisible walls when they hit early adolescence, told they weren’t permitted to compete after 14 years alongside males. The AFL there ended the future career aspirations of many girls who dreamed of being footy professionals. WA local King had a happier outcome, Collingwood inviting her to join the 2015 and 2016 exhibition women’s games. She is now part of the elite Marquee squad. An enthusiastic public speaker, King described her love of the game, favourite positions and the athletic thrill of ruck play, acknowledging how different things are now for her generation. There is a trickle down effect at suburban level with the birth of this league, with many girls enjoying their first year playing. 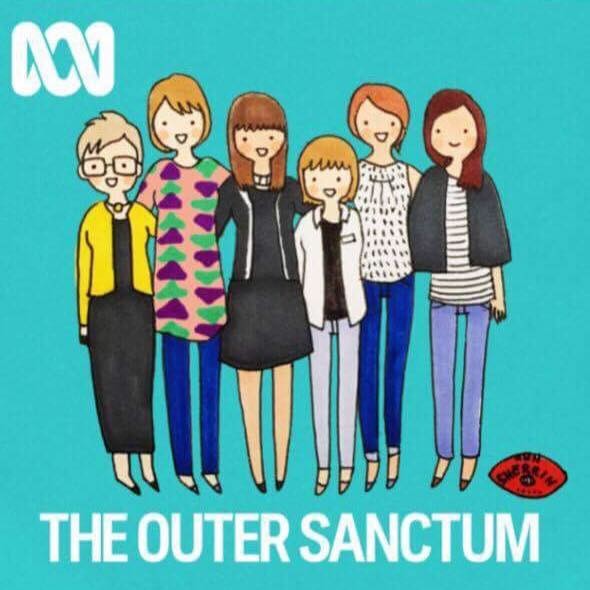 The AFL had projected 2020 as the start date for AFLW but were dragged kicking and screaming to bring it forward to 2017, according to Hayes. Lambasted as out of touch at grassroots level, and disenchanting many long-term fans with its corporatisation of the people’s game, welcoming women into the fold is something that has returned interest to Aussie Rules, with abstainers returning to weekend games, including many male advocates. Over 24,000 people attended the first ever official match this February, a lock out, with Channel 7 broadcasting AFLW games. The recent, triennial, International Cup17 featured a strong international showing, with the Irish Banshees ousting reigning premiers, Canada, for the Cup.

There are high hopes for AFLW, sister and counterpart to the AFL-M, as we call it!, Sometimes quipped, as if a national football league could ever have been exclusively male. This session got the minds of the young audience whirring, knowing for real, Australian women could hold the red bullet, in team colours, as part of an official league. A career in footy was not a flight of fancy always kept out of reach. It had become an aerial, leather-kicking dream Australian women could tackle and hold in their own sweaty palms.

See the NAB AFLW State Of Origin match for free, 7:40pm Saturday 2 Sept at Etihad Stadium, or live on Channel 7.

Disclosure: The Plus Ones attended privately.

Melbourne Fashion Week: The Plus Ones’ guide to the most stylish events

‘Take A Seat’ at Chapel Off Chapel