48h has established itself as a as a premium pizza and gnocchi bar in South Yarra. Now they have expanded to open a new branch in the bayside suburb of Elsternwick. The Plus Ones were invited to the official media release and launch party where we were able to sample many of the delights that grace their menu.

Italian food and hospitality was overflowing, as would be expected from a venue touting itself as a pizzeria and gnoccheria. I had never heard of a gnoccheria, but after my experience it’s clear that I need more gnoccherias in my life.

We were greeted with food from every direction. There was deep fried pizza dough served with prosciutto di Parma, tuna tartare canapés, toothpicks with soft creamy buffalo mozzarella and cherry tomatoes, porchetta in beautiful fresh bread, crumbed prawns and more cheese than one could imagine. Did I mention there was a lot of food? We made sure to taste everything, and it was all faultless. It was clear that a lot of emphasis was placed on sourcing quality ingredients, so that the flavours shone through in even the simplest dishes. 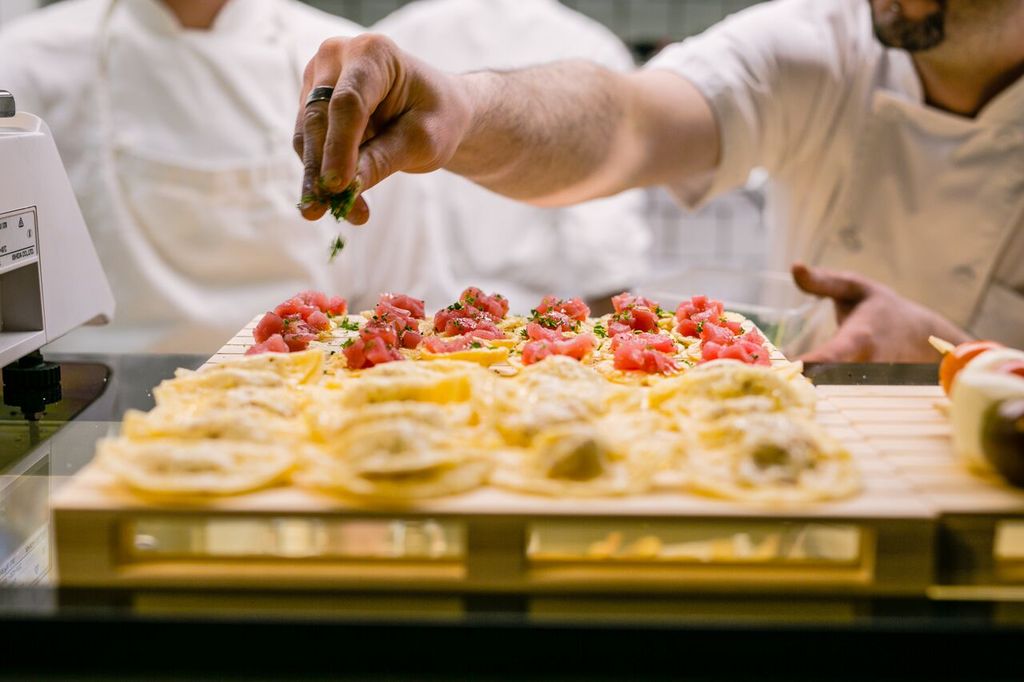 In case we hadn’t eaten enough, pizza and gnocchi were served as the main dishes for the night. The pizza served was the Organica, a thin base, topped with tomato sauce, a variety of organic vegetables and buffalo mozzarella. Like any good Italian pizza, the toppings were minimal, and the base was thin and crisp. I had high expectations for the gnocchi and it didn’t disappoint. We were served potato and activated charcoal gnocchi with a simple cherry tomato based sauce, but the highlight of the dish was that it was served in a wheel of Parmesan cheese. The warm gnocchi melted the cheese and this was mixed through the dish. The gnocchi was soft and pillowy like good gnocchi should be, and despite being super full, I still went back for seconds. Any Nonna would be proud.

The beer and wine list at 48h is also impressive. All the drinks have been hand chosen, and most of it has been imported from Italy. We were drinking the 48h house red ale, which paired beautifully with the food’s flavours. There is also a house pilsner, and wines to suit all palates. 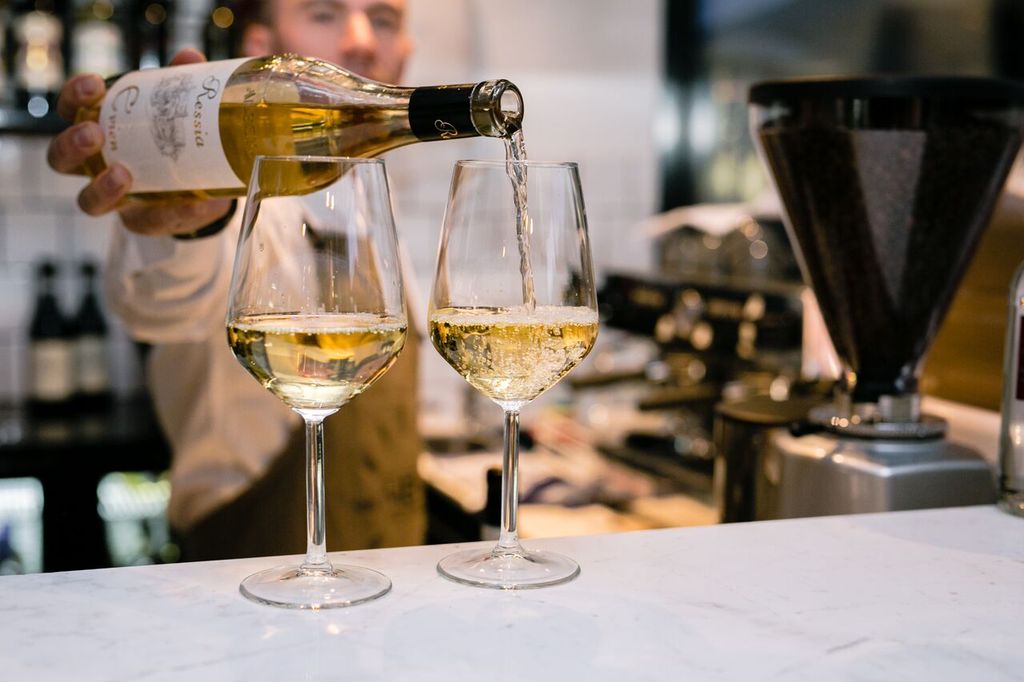 The Elsternwick branch of 48h is not only a restaurant, but also has space devoted to being a small deli. There are various varieties of cheese, antipasti, nuts, salts and many other items all available for purchase. This is a lovely addition to the store, so that customers can take a little bit of Italy home with them.

If you’re ever in the mood for some authentic Italian food, in particular some perfect gnocchi or a delicious pizza, then 48h Pizza & Gnocchi Bar is the perfect place for you.

– Moni
Moni loves food. No really, she LOVES food. She spends a lot of time eating, cooking, photographing or writing about food.

Disclosure: The Plus Ones were invited guests of Dama Consulting.
Image credit: 48h Pizza & Gnocchi Bar.