There are many of us who nurture an intimate love affair with Joni Mitchell and her music. Arguably one of the greatest song writers to be gracing this earth, Mitchell’s music has touched millions and defined the Woodstock generation along with contemporaries like Bob Dylan and Jimi Hendrix.

But who is Joni? What inspires her deeply felt music and artwork? This question is explored by Queenie van de Zandt and band in Blue: The Songs of Joni Mitchell as part of the Melbourne Cabaret Festival 2017.

The cozy stage at Chapel off Chapel was softly lit by candles when Queenie took the stage. The setting was simple: A painting of Mitchell, rugs, a grand piano and some knick knacks reminiscent of the 60s and 70s, the air heavy with the smell of incense. Enough to set the tone yet modest enough to keep the audience focused on the most important thing: the music. 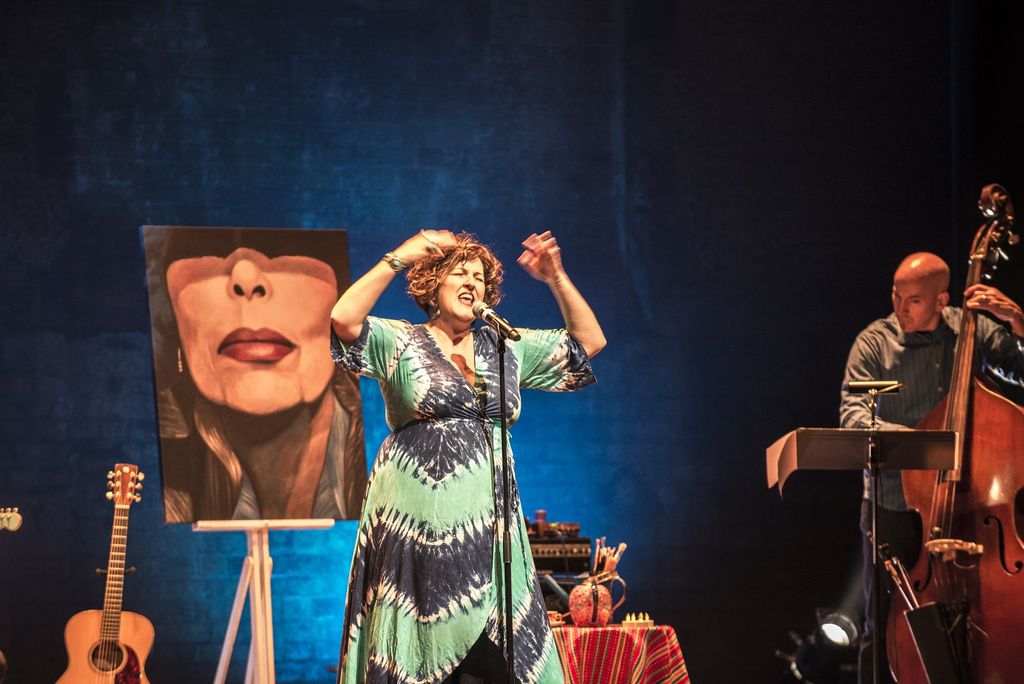 For the following hour Queenie delivered haunting renditions of some of Mitchell’s most iconic songs. Spoken word and recordings contextualised the lyrics and gave the audience an intriguing look into the extraordinary life led by one of music’s greatest. From Joni’s experience of childhood polio to the loss of her daughter and the constant ebb and flow of her many love affairs: Blue lovingly peels back the layers hidden in songs like ‘Both Sides Now’, ‘Little Green’ and ‘Big Yellow Taxi’.

The show truly delivered on capturing the atmosphere and melancholy associated with Mitchell’s music. Throughout the performance audience members were swaying and tears were quietly shed. Walking into a show dedicated to Joni Mitchell should evoke deep emotion and Blue delivered on this by walking a fine balance between sentimentality and humour. Queenie’s vocal range was impressive and had the capacity to pick up the subtleties of Mitchell’s songs whilst making them her own and interpreting them in slightly new ways. Whether or not you are familiar with Mitchell’s music, this performance can hold it’s own through musical excellence alone and will captivate you.

– Claudia
Claudia B. is a German/Kiwi graphic designer and illustrator who has been living and working in Melbourne for the last six years. She enjoys a good glass of scotch and the occasional pole dancing class. Claudia also helps donate proceeds from notthispussy.com.au to charities in support of women’s rights, refugees, and climate change.

A Night To Remember: The Ghetto Cabaret

Seouljaboy – get a Korean food fix in the CBD