I didn’t know what to expect. Seeing a ‘Ghetto Cabaret’ inside a Jewish cultural centre? I took my seat not knowing if I were going to see history, theatre, or just entertainment.

An original work from Melbourne performer Galit Klas, the production brings alive the tensions of the time told through song and dance, in A Night To Remember: The Ghetto Cabaret. When everything’s been taken from you but your capacity to speak, singing, dancing, and making art become acts of resistance. Klas pays homage to those who created and performed under these conditions, and to their audiences — many of them uncertain of the future they faced.

Ghetto Cabaret is a work of immersive theatre, documenting the thousand or so ghettos, with their faltering electricity, near starvation, with sound effects that place us into the terrifying reality that was the tenants’. I felt ‘cast’ as a ghetto audience member — unsure of who to trust and of my safety. It made the night’s theatre all the more engrossing.

Premiered as part of Glen Eira Storytelling Festival and commissioned by the Kadimah Jewish Cultural Centre, this work was co-presented with the Jewish Holocaust Centre, with many descendants of survivors attending. 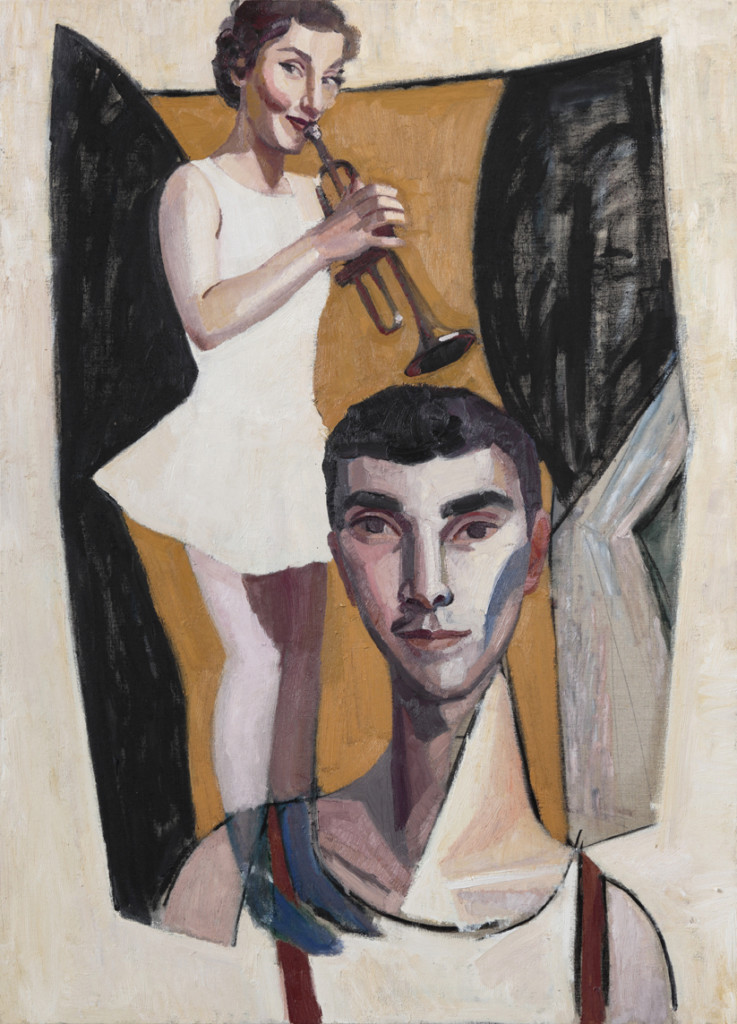 We entered a hall with replica ghetto posters, alongside people bustling about in long overcoats with yellow stars emblazoned on their lapels. Rushing to the start of the night’s entertainment, they sported musical instruments, cast lists, and last-minute script updates. They could be any artists in the bustling streets of the modern world last century — in Berlin, Vienna, Paris, or New York. These were Jewish artists rushing to their ghetto’s ‘Kabaret’ and we were swept up with them.

Our set is an unnamed 1940s ghetto factory with a makeshift ‘stage’ that could be closed down at any time, with improvised costumes, set and instruments. Performances of the era comprised formal classicism, street art, dance, and cabaret, much with overt political overtones.

Other things happened in the ghetto, too, such as romance and illicit couplings, here recalled. Fantastic dancing, well-staged drama, and creative use of sets brought to life the action of these undocumented acts. We were transported by beautiful songs, in tender Germanic tones, accompanied by the ‘ghetto orchestra’.

Musical Director Tomi Kalinski coached the cast in Yiddish, and in the tradition of the Yiddish tango. This piece brings to us many Yiddish songs composed in ghettos, not heard for 70 years. They are a delight to hear, even in a second language! A companion Lyric Book transcribes each song, giving a history of the composers’ lives. Reading lyrics and matching these to life stories is heartrending.

Set, costumes, and artwork are by painter Yvette Coppersmith. The costume materials present a nostalgic nod to yesteryear, and loan an inventive glamour to the cast’s entertainment.

A flamboyant cast of characters gave insight into these vibrant performers with their determination to create in the face of destruction. A tough mother-figure MC on tenterhooks manages the event. An elegant, though emaciated, mezzo soprano sings songs mothers once sung to their children. The stage manager is thrown on stage to cover an absence. The two twins of vaudeville, ‘noodles’ and ‘pudding’, poke fun all about.

Some nights you remember because there are days you need to forget. For us, this was a night to remember because it brought to light, and life, those who danced in defiance of such days. Ghetto Cabaret is a tour de force that we hope will travel far!

For more information about the show, visit www.ghettocabaret.org.au.

Disclosure: The Plus Ones were paying guests.
Image credit: Yvette Coppersmith and Jon Moss – Picpuck Photography.

Best of the month: How to make your July the best one yet!

‘Blue: The Songs of Joni Mitchell’ at the Melbourne Cabaret Festival 2017